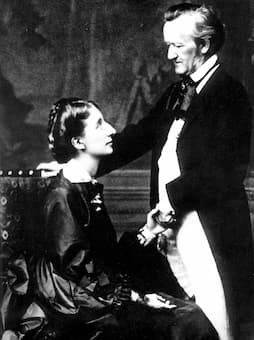 Cosima Wagner, daughter of a great musician and wife of another, was instrumental in helping to found Bayreuth, the festival featuring her husband’s operas, “and ensuring its survival as an annual event of worldwide fame.” Every year, large audiences gather in the small German town of Bayreuth for the only festival dedicated exclusively to the works of a single composer, Richard Wagner. Although the festival was conceived by Richard Wagner, “its survival and prosperity are due largely to his wife Cosima, who made the performances there both artistically viable and financially profitable.” 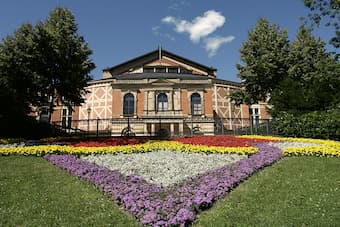 One month after Cosima left her husband Hans von Bülow she began to keep a diary of her life with Wagner on 1 January 1869, a writing practice she continued until 12 February 1883. According to scholars, “what emerges from her diaries is a complex justification of the life she had chosen. As an illegitimate child who had become a faithless wife, Cosima always saw her personal life as less than ideal, and it was partly in order to justify her life with Richard to their children that she began to write down the events of daily life and to document her husband’s creative activity. Cosima believed that Wagner’s music symbolized the triumph of German ideals, and all that was pure and good in the German people. She regarded him as a genius whose philosophy would not only revolutionize music but change the world, and that she was ready to support him completely.” 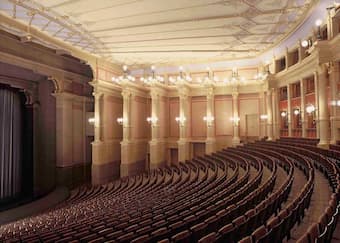 From Cosima’s diaries, we get a vivid description of the first complete performance of The Ring, which opened the first Bayreuth Festival in 1876. It all started with Das Rheingold on 13 August and ended with Götterdämmerung on 17 August. There was certainly plenty of excitement leading up to the premieres. On 1 August, Cosima writes in her diary, “Visitors of all kinds, and I finally fetched my father ( Franz Liszt) from the railroad station. He is very well, and Richard decidedly refreshed by his arrival.” On the evening of 2 August, Wagner conducted a rehearsal of Siegfried, and Cosima reports that “much is unsatisfactory. The costumes, particularly Alberich’s, almost ludicrous—Alberich with coat and epaulettes; the overwhelming impact of the work, however, transcending everything.” Over the next couple of days, important visitors and royalty arrived at Bayreuth, and the King attends rehearsals of Die Walküre. Ever on the lookout for conspiracies, Cosima writes, “Richard professes to have detected a certain ill feeling as he takes his departure. The King has forbidden any sort of ovation, yet he seems astonished when none takes place.” 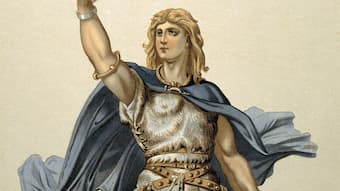 The first performance of Rheingold unfolded according to Cosima, “under a completely unlucky start. Betz loses the ring, runs into the wings twice during the curse, a stagehand raises the backdrop too soon during the first scene change and one sees people standing around in shirt sleeves…Richard at first very upset, but gradually regains his spirits, and the sudden visit of the Emperor of Brazil restores the mood of ebullience.” There was plenty of commotion leading up to the premiere of Siegfried on 16 August 1876. On 11 August Cosima reports, “that Herr Betz has Siegfried postponed! He says he is hoarse. Much ill feeling; the newspapers, already extremely malicious, will draw inferences from it.” Finally, on Wednesday, 16 August Cosima is able to write, “Siegfried goes off well, people are saying that Herr Betz was never hoarse at all!! Let others attempt to explain such characters, we do not understand them.” 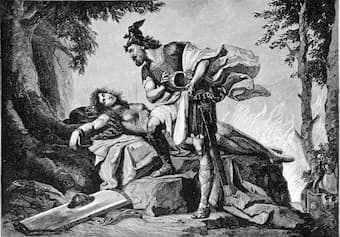 At the completion of the first-ever Ring performance, the Wagners hosted a huge banquet. Richard without preparation makes a wonderful speech, mentioning, “that all things transitory are sent but as symbols. The idea, the eternally feminine leads us on. The Reichstag deputy chooses very unfortunate words; one could not know what posterity would think of it all, but the striving was worthy of recognition! Following that, Count Apponyi splendidly compares Richard to Siegfried; he has brought tragedy back to life because he never learned the meaning of fear. Then Richard proposes a wonderful toast to my father, without whom, he says, no one would have known anything about him. A very, very lovely evening!” However, all was not well. “All the singers absent except for a very few,” Cosima writes. And indignantly she adds, “after working for three months with Richard, they do not consider it necessary on such an occasion to gather around him; they are said to be angry because we do not allow curtain calls in our theatre.”