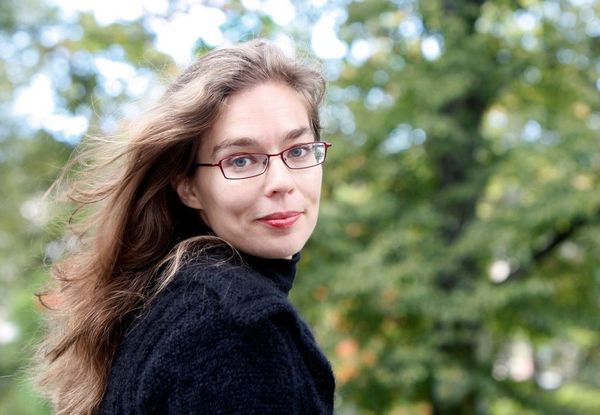 The Lithuanian composer Žibuoklė Martinaitytė writes under self-imposed strictures: for the piece here, she confines herself to the diatonic notes, the white notes, of the piano, with only rare movements onto the chromatic, black keys. Her time signs are confined to common time and, in writing this work for string orchestra, confines herself to a single tonal colour. This piece does have the addition of a percussionist, but for her works written in the past couple of years, even that is an exception.

Her 2020 composition Nunc fluens. Nunc stans (Now passes. Now remain) is exclusively diatonic and the time signature remains constant, with only the tempo changing, each time to a slower beat. The title of the work comes from Boethius (c. 477-524): ‘Nunc fluens facit tempus. Nunc stans facit aeternitatum.’ (‘The now that passes produces time; the now that remains produces eternity.’)

Consider when this piece was written: 2020. That was the year when time stopped. The whole world waited until the lockdowns ceased, the coronavirus left, and time could move forward once again.

As Martinaitytė wrote: “Suddenly we all found ourselves having just a present moment. The future was uncertain and therefore irrelevant; it was absurd to even think of it. The past vanished, becoming more and more like a dream. We had only Now, which seemingly lost its flow and stood still for a while. Days were passing and weeks, and there was no change. Only the Now remained…’. 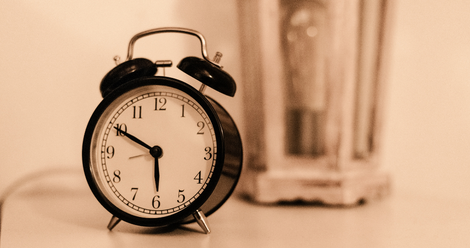 Martinaitytė’s work captures those long days, when our impatience with standing still did nothing to improve our unhappiness at confinement.

The long still sounds were our days, only minorly interrupted by the books we were reading, the movies we were watching, or the conversations we were having. We perfected our walks around the neighborhood and our ability to take naps at the drop of a blanket – this is the Nunc fluens.

The Nunc stans came from our ability to come awake at dark hours of the morning. The eternity until morning haunts so many of us still.

The percussion instruments used in this piece complement the string ensemble. The 10-minute mark, for the composer, is the point in time where we change from Nunc fluens to nunc stans. The tempo has slowed and very quiet tremolos are played on four low-pitched gongs. You have to listen hard to place these sounds in space. Another percussion sound comes from playing the cymbal with a double-bass bow –as a contrast to the low gongs, this high-pitched sound seems to penetrate your ears. The violins are playing soft tremolos, with an emphasis on harmonics and on the different sounds played by bowing at different places on the instruments, such as playing sul ponticello, by the bridge, which produces a nasal tone.

The piece closes with one more percussion sound when a 4-note chord is struck on the vibraphone and then the vibration discs under the vibraphone pars are slowed until it becomes merely a ‘surreal pulsation. The low strings are holding long notes or playing tremolos until everything fades away.