The Spanish Civil War raged for about thirty months between 1936 and 1939. It pitted the left-wing Republicans, loyal to the government of the Second Spanish Republic, against the Nationalists under General Francisco Franco. A historian writes, “The war became notable for the passion and political division it inspired and for the many atrocities that occurred.” 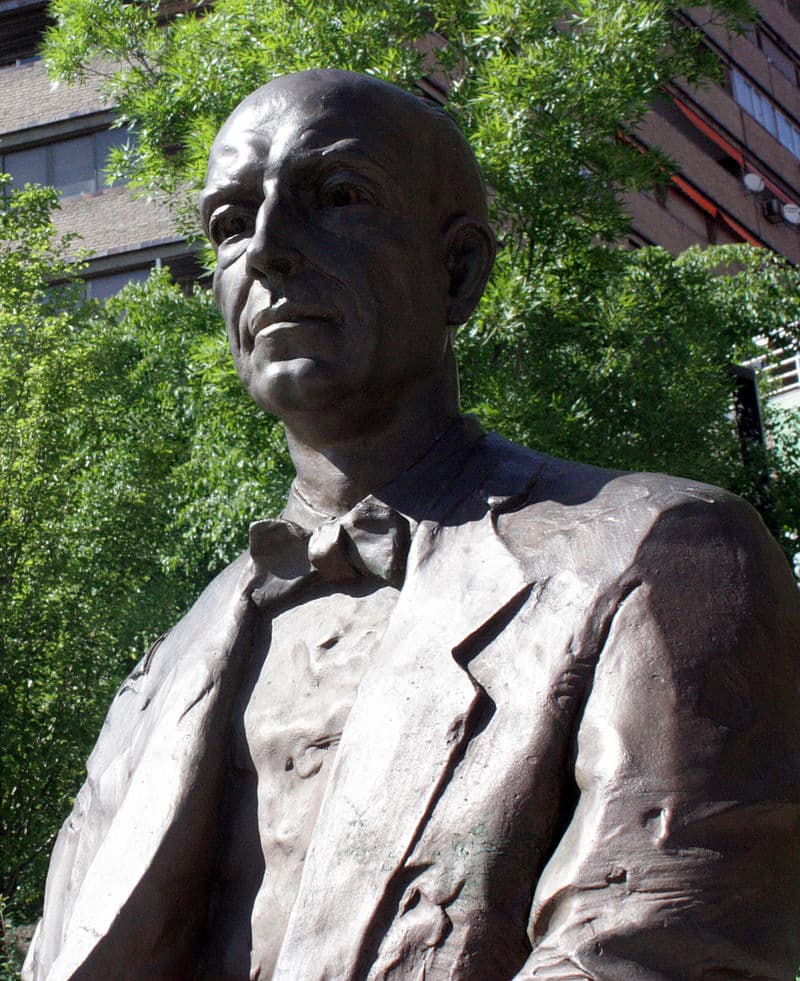 History records that the Nationalists won the war, which ended in early 1939, and many people had little choice but to leave Spain because of their political activities under the Republic. To be sure, Manuel de Falla was disillusioned with Spain and the direction Europe was taking in 1939, but his journey to Argentina was not a political statement as he accepted a musical engagement. The Institución Cultural Española in Buenos Aires was preparing to celebrate its 25th anniversary with a series of events. Among them, four concerts were devoted to Spanish music, and “Falla was asked to conduct them, with the understanding that one of these concerts would be exclusively devoted to his works.”

Manuel de Falla: Nights in the Gardens of Spain

After consultation with his doctors, Falla accepted and he embarked from Barcelona on 2 October 1939. Falla had been suffering from what biographers describe as “intestinal illness” since 1936. Apparently, after a visit to the dentist, the hook of a bridge became loose and it appears that Falla swallowed it. “It penetrated his intestines, where it produced the disorders from which he was to suffer until the end of his life.” 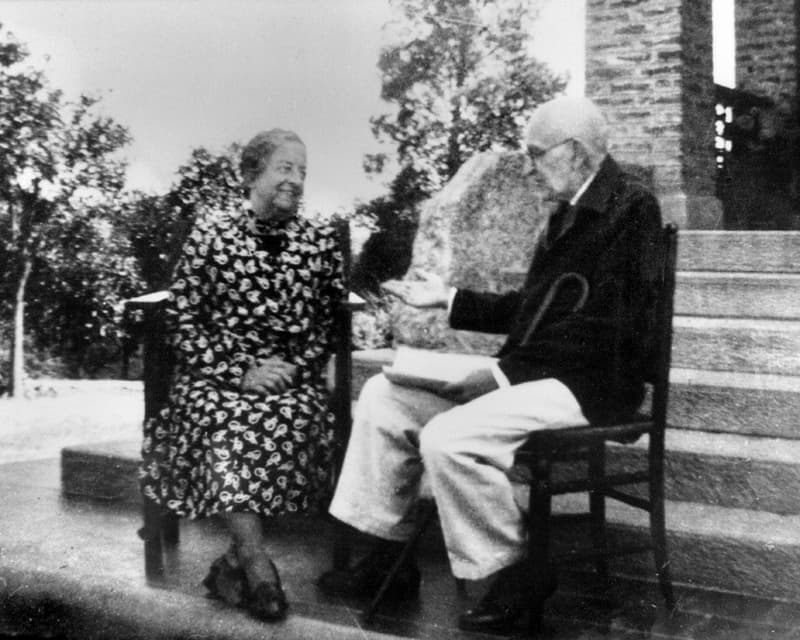 Manuel de Falla and his sister in Argentina

Rehearsals and concerts in Buenos Aires exerted a heavy physical toll, and doctors advised Falla to find refuge in the mountains. Falla initially settled in Villa del Lago y Carlos Pax, near San Roque in the Argentine province of Córdoba. In 1941 he moved to Alta Garcia with his sister, and the chalet “Los Espinillos” was described as “standing in the oldest and highest part of the town… It is surrounded by a garden with very stony soil, cypress trees by the gate, and pines at the back. Many orange, pomegranate, mimosa, and other trees stand amidst aromatic shrubs, and large-leafed cacti grow against the walls of the house.”


Falla thoroughly enjoyed his surroundings, and he stuck to a minute timetable. He got up late and devoted long hours—more than five—according to his correspondence, to the “care of his person and his health.” After that, he would attend to his correspondence and have lunch at four in the afternoon. After the siesta he took tea and began to compose, working at it until midnight, when he had supper. 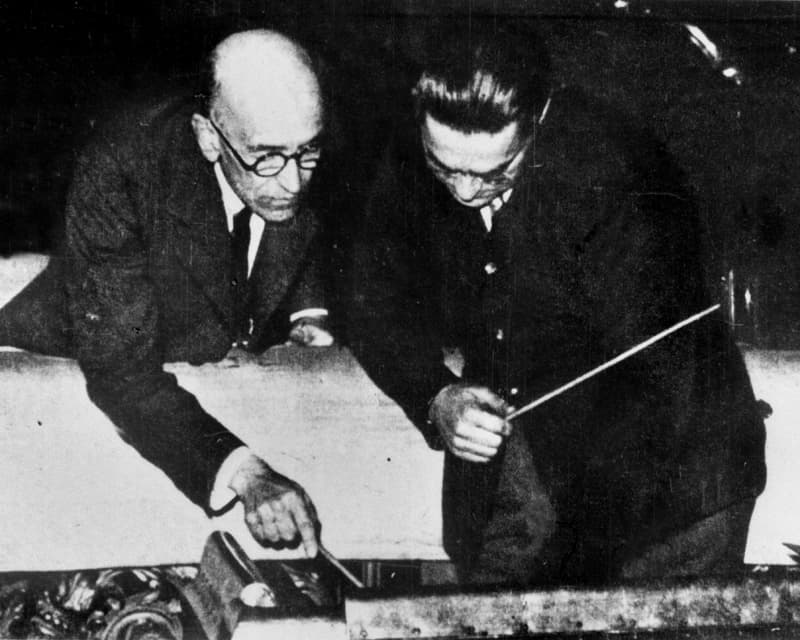 Falla continued to struggle with his health, and his letters mention “emotional crisis, bouts of fever, and hemorrhages, which he attributed to the malign influence of the moon.” However, he was determined to complete his cantata Atlántida. The subject matter resonated deeply with the composer, as the “Spanish nation is rising from the ruins of Atlantis to conquer, under the banner of Christ, the New World. Scholars consider it “a classic of destruction and creation, placed in the age of discovery, and belonging to a long tradition of colonial epics that typically mix history, mythology, and biblical references while taking individual poetic license.” Falla considered his boyhood hero Columbus as the divine bearer of Christ, and Atlántida is the “closest Falla ever came to writing original religious music.”


Because of the war, royalties were no longer paid, which plunged Falla into a serious financial situation. Once he informed his sister that there was only enough money left in the bank to last a month, his friends lobbied back in Spain for him to receive “one thousand pesos a month as an advance on his accumulated royalties.” 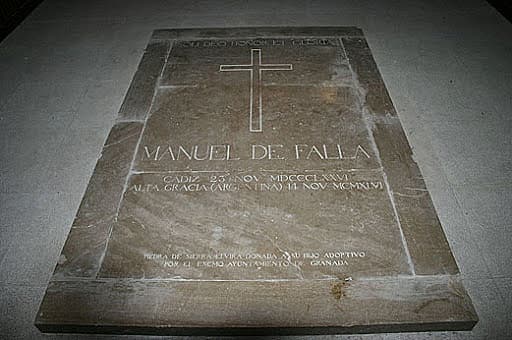 Falla strongly believed that his life was divided into seven-year periods, and according to this pattern, 1946 would mark the end of such a period. True to his superstition, on 14 November 1946, Falla was found dead in his room, with doctors diagnosing the cause as a cardiac attack. His body was taken for embalming, and on 19 November a funeral service was celebrated in the Cathedral in the presence of the Ambassador of Spain. Three days later, the coffin was placed on the steamer “Cabo de Buena Esperanza” bound for Falla’s hometown of Cádiz. A great funeral cortege left town hall on 9 January 1947, and to the sounds of a Bach chorale, the coffin was placed in the crypt of the Sevillian Abbey of Santa Maria de las Cuevas. Falla had not been able to complete Atlántida, and the task of completion was given to Ernesto Halffter in 1954.