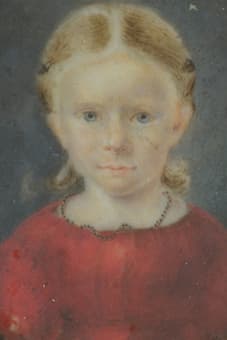 Clara Wieck as a young girl

An eminent scholar writes, “Clara Schumann was the creative partner of three men: Friedrich Wieck, Robert Schumann, and Johannes Brahms. Her father was her sole teacher, much maligned for the role he later played in the romance between his daughter and Robert Schumann, was a self-made man and self-trained musician, obsessive and ambitious. Convinced that gender was no handicap in the race for artistic greatness, he gave Clara the instruction and musical understanding that carried her beyond the ranks of the merely gifted to the position in the constellation of the great nineteenth-century virtuosi.” Wieck had initially little exposure to the musical world, “and where and when he learned enough theory to compose and enough about piano technique to set himself up as a teacher are still not clear.” By 1815, however, he had established a successful music business as a piano teacher and owner of a piano store and music shop, in Leipzig. On 23 June 1816 he married his student Marianne Tromlitz, whose grandfather was a leading flutist, composer, teacher, and flute maker. By all accounts, she was an uncommonly talented musician appearing as a piano and vocal soloist at the Leipzig Gewandhaus. She gave birth to five children, and on 13 September 1819, Clara was born. 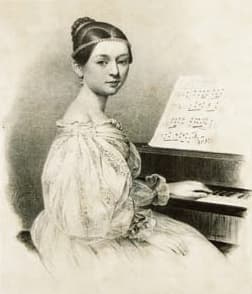 When Friedrich and Marianne separated in 1824, the courts assigned custody of the three older children to their father. Wieck was determined to produce a child prodigy and tightly controlled Clara’s upbringing. Apparently, Clara learned to read and write music long before she learned how to speak her native tongue, and in the process developed incredible musical abilities. She received training in music theory, harmony, counterpoint and compositions. And her daily routine included piano, voice and violin lessons, score reading, and orchestration. She attended every important concert, opera and drama given in Leipzig, and learned how to conduct the business aspects of a musical career. Clara wrote later in life, “My father had to put up with being called a tyrant; however, I still thank him for it every day; I have him to thank for the freshness that has remained with me in my old age (at least in my art). It was also a blessing for me that he was exceedingly strict, that he reprimanded me when I deserved it and in so doing, prevented me from becoming arrogant from the praise the world showered on me. At times the rebuke was bitter, but it was still good for me!” 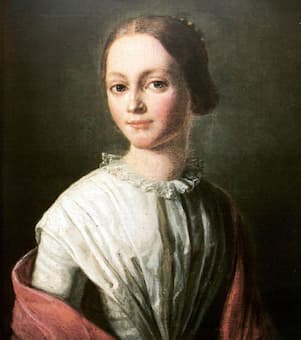 Clara Wieck first played in the Leipzig Gewandhaus at the age of nine, and she made her formal solo début on 8 November 1830. Leipzig audiences got what was expected of a virtuoso artist, and Wieck not only secured financial returns but also the reviews he hoped for. “Clara, the eleven-year old daughter of a local piano dealer and expert piano teacher was hailed for her talent, industry, and excellent instruction.” Just a couple of days after the Gewandhaus concert Clara writes in her diary, “My father, who long had hoped for a change of disposition on my part, observed again today that I am just as lazy, careless, disorderly, stubborn, disobedient as ever, and that I am the same in my piano playing and studies.” Clara promised to change, and the success of the Gewandhaus concert and additional Dresden appearances convinced Wieck that Clara was ready for Paris. Father and daughter departed in September 1831 and stopped in Weimar to play for Johann Wolfgang von Goethe. Clara played twice at the Weimar court and a critic writes, “Even in her first piece, the artist who is still so young reaped thundering approval that mounted to enthusiasm in the works that followed. And indeed, the great skill, assurance, and strength with which she plays even the most difficult movements so easily, is highly remarkable. Even more remarkable is the spirit and feeling of her performance, one could scarcely wish for more.” 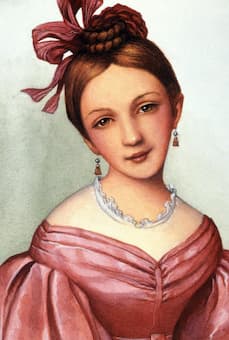 The journey continued through Erfurt, Arnstadt and Gotha, and Wieck sent his review of the Chopin Op. 2 to the composer as a way of gaining an introduction to the city. In the event, Chopin was not impressed and wrote, “One can die of the imagination of this German.” Clara first appeared in salons of two wealthy music lovers, and was introduced to the leading musicians and celebrities in Paris. However, their visit was not entirely successful as a Paganini concert, with Clara scheduled as an assisting artist, had to be canceled because of the violinist’s illness. And with a raging cholera epidemic gripping the city, very few people attended Clara’s concerts. At the age of fifteen Clara openly rebelled against her father. As he writes, “Clara now is often so inconsiderate, domineering, full of unreasonable opposition, careless, totally disobedient, rude, prickly, blunt, monstrously lacy and capriciously vain about clothes.” The rebellious teenager was also developing sexually, as Wieck became keenly aware that Clara was showing “unmistakable interest in Robert Schuman.” Wieck whisked Clara away to Magdeburg, and “the girl whose portrait was painted with a mischievous glint in her eye was clearly becoming aware of her powers.” She gleefully reported in her diary “that two men were fighting over me.”