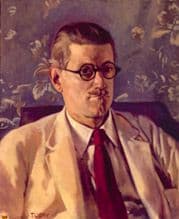 80 years ago, on 13 January 1941, the Irish author, novelist and poet James Joyce died in Zürich, Switzerland. One of the most influential and innovative writers of the 20th century, “his innovative language, use of dialogue, characteristic modernist forms, and social frankness, met with strong resistance.” Joyce explored the experimental use of language and the exploration of new literary methods in his large novels A Portrait of the Artist as a Young Man (1916), Ulysses (1922) and Finnegans Wake (1939). He also penned the short story collection Dubliners (1914), and important collections of poetry including Chamber Music (1907) and Pomes Penyeach (1927). His frank portrayal of human nature made him one of the major figures of literary Modernism, and according to scholars, “he had a commanding influence on novelists of the 20th century.” Just how controversial was James Joyce? Well, his novel Ulysses initially attracted an obscenity trial in the United States in 1921, and it also led to the famous and lengthy textual “Joyce Wars.” The main protagonists in Ulysses “are being portrayed with a fullness and warmth of humanity that is arguably unsurpassed in fiction.” 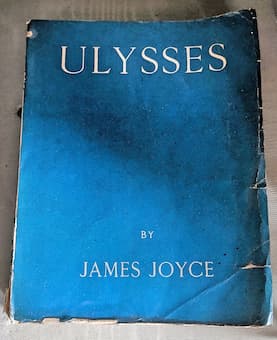 That lush sense of romantic exoticism easily transferred into the musical realm in Gilberto Garcia Mendes’ Ulysses in Copacabana Surfing with James Joyce and Dorothy Lamour. Lamour identifies the American actress and singer best remembered for her appearances in the “Road Series,” also starring Bing Crosby and Bob Hope. Garcia imitates Joyce’s literary style as the title and the music offers plenty of irony and multiple layers of meaning. James Joyce, the eldest of 10 children was born in a suburb of Dublin. At the age of six he was sent to a Jesuit boarding school, but when his family was unable to afford the tuition, Joyce tried to educate himself at home for two years. By sheer coincidence he and his brother Stanislaus were admitted to Belvedere College, a Jesuit grammar school in Dublin in 1893 on full scholarships. Joyce excelled in school and eventually entered University College, Dublin. He studied languages and took part in various Literary and Historical Societies. He published a review on “Ibsen’s New Drama,” and resolved to become a writer. 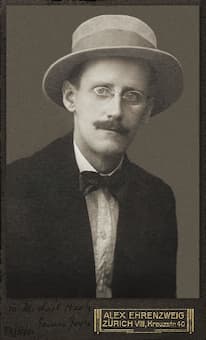 His first book was a collection of 36 love poems published under the title “Chamber Music.” Ezra Pound wrote, “The quality and distinction of the poems in the first half…is due in part to the author’s strict musical training…” In fact, if Joyce had not decided on a career in writing, he would probably have made his name as a vocal performer. He was an excellent singer “with a sweet tenor voice,” and an accomplished pianist. He even appeared in public on a number of occasions, and as a writer he frequently incorporated music into all his literary works. After graduating from University, Joyce eked out a meager living as a writer, and decided to become a doctor. That dream was short-lived and Joyce visited Paris for a short period of time. He returned home in 1903 and began to write the stories eventually published as Dubliners. Joyce fell in love with Nora Barnacle, and they left together for Europe. After short stays in Pula and Trieste the couple arrived in Rome, and Joyce re-wrote his novel “Stephen Hero” into “A Portrait of the Artist as a Young Man.” Autobiographical in nature, this novel traces the intellectual and emotional development of a young man who decides to leave Dublin for Paris to devote his life to art.

At the outbreak of World War I, Joyce and his family moved to Zürich. He wrote the early chapters of “Ulysses,” and was financially supported by large grants from Edith Rockefeller McCormick and Harriet Shaw. Once the war was over, Joyce moved to Paris at the invitation of Ezra Pound, and “Ulysses” was published in 1922. This modern parallel to Homer’s “Odyssey” reveals the “innermost thoughts and feelings of three characters as they live hour by hour, passing from a public bath to a funeral, library, maternity hospital, and brothel.” The universal dream about an Irish family, “composed in a multilingual style on many levels and aiming at a multiplicity of meanings” is the subject of his last work “Finnegans Wake.” 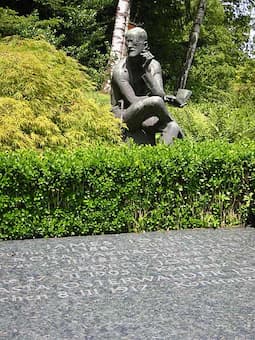 Critics have suggested “although seemingly unintelligible at first reading, the book is full of poetry and wit, containing passages of great beauty.” James Joyce suffered from persistent eye problems, enduring a series of 25 operations between 1917 and 1930. He also suffered prolonged anxiety over the mental health of his daughter, who had to be placed in a mental hospital near Paris. On 11 January 1941, Joyce underwent surgery in Zürich for a perforated ulcer. He fell into a coma, and after briefly awaking on 13 January, he passed away a month short of his 59th birthday. Although naturally not without detractors, Joyce’s writings are called “a clear demonstration and summation of the Modernist movement.”