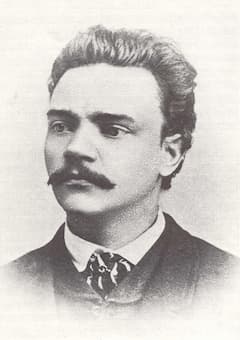 On 10 December 1875, Antonín Dvořák’s Serenade for Strings in E major premiered at Prague’s Žofín Palace. The work was immediately recognized for its emotional appeal and overriding sunny disposition. A review of the premiere, published on 16 December, states, “Antonín Dvořák gave us a pleasant surprise with his serenade for string orchestra, showing decisive progress in the evolution of his artistic development towards greater stability and independence. It would indeed be difficult for us to decide which of the movements would deserve the prize. They are all so interesting in overall thought conception and in thematic work, and also clear in their overall design, that they will surely be received as favourably everywhere as each of them was on this occasion. Dvořák’s great and very uncommon gift deserved that the path be blazed for it into the large musical world, and we have no doubt that with works like this, whose real artistic value cannot be denied in any way, he will also find greater favour everywhere than for example in our conservatoire, which turns its nose up at our domestic composers.”

The Serenade for Strings in E Major was composed within a period of about two weeks in the spring of 1875. Its five short movements, flowing with a sense of idyllic and peaceful immediacy, reflect the composer’s elated state of mind. Only a couple months earlier, Dvořák had presented his rewritten opera The King and The Collier to the public. It already became clear during rehearsals that this work would represent Dvořák’s first operatic success. Both the general public and critics were full of praise, and a reviewer wrote, “This opera by Dvořák, whose music to a large extent reflects a purely Czech physiognomy, was such a triumph that we can be sure of another Dvořák production.” 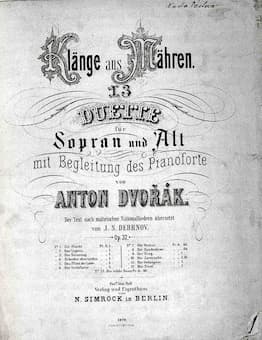 More good news were to arrive in early 1875. Dvořák had applied for an Austrian State Award for talented and needy artists. At the head of the selection committee was none other but Johannes Brahms and the fierce Viennese critic Eduard Hanslick. In fact, Hanslick was instrumental in furthering Dvořák’s career by taking a lively interest in all the composer’s new works. He extensively promoted Dvořák in German-speaking countries, primarily to attack proponents of program music. “I cannot think of setting Dvořák,” he writes, “on the same level as Richard Strauss. Dvořák is a genuine musician, who has proved a hundred times that he requires no program and no epigraph in order to delight us with pure, independent music. He arouses in us thoughts and feelings, showers of joy and sadness, without the need of the swindle of false erudition.” 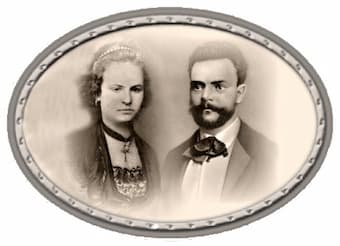 On 8 January 1875, Dvořák received the news that he had been awarded the state scholarship with an annual stipend of 400 gulden. That sum of money was larger than his organist and theatre salary combined. But even more important was the fact that on Brahms’s recommendation, Fritz Simrock, one of the most important German publishers, began to publish Dvořák’s music. Dvořák’s musical career was finally taking off, and his private life was exceedingly happy at that time as well. Less than two years ago he had married the thirteen-year-younger Anna Cermakova, and their son Otakar was born in April 1874. Although the family had very little money, their shared love of music made for a contented and happy family. 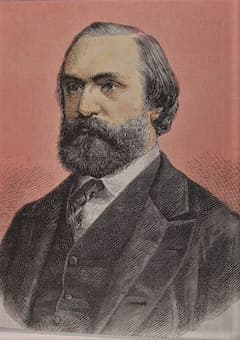 In the summer of 1875, a violist in the Vienna Philharmonic had attempted to include the Serenade in one of the orchestra’s concert. Since Dvořák was essentially unknown in Vienna at that time, that effort was not successful. Following the Prague premiere, however, it almost immediately became one of Dvořák’s most beloved compositions.
Leoš Janáček conducted the work on 22 April 1877 and the full score was eventually published in 1879. We do know that Dvořák thought highly of his Serenade, as he enclosed it with this fourth application for a state scholarship in 1877. A critic wrote, “Since Dvořák was as yet only on the threshold of developing an individual style, it is perhaps not surprising that this slightly uncharacteristic but extremely accomplished and enjoyable Serenade is the earliest of his compositions in which a detached listener is likely to discover enchantment.”