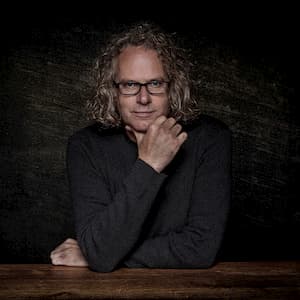 Remember when you used to run out, get in the car, and just drive? Somewhere? Anywhere? Those days have been pretty much finished since early 2020 but in 2019, guitarist Jürgen Saalmann designed his own road trip and his new album, 28 Days, is the result. 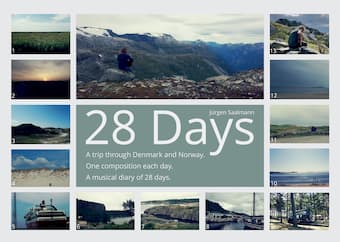 The Trail of 28 Days

Over that month of travel, Saalmann traveled through Denmark and Norway, stopping where his fancy took him. He didn’t travel alone but with company, including his wife and his 4-year-old daughter. He said they had done a bit of research via Trip Advisor and some guidebooks, but the trail was more random than strictly planned out. The focus was on ‘nice places’ and, as you can see from just a selection of photos, some of the places were more than just ‘nice,’ they were beautiful.

He started in Kjelst, Denmark, on 26 July. The music seems to be full of yearning for the road. 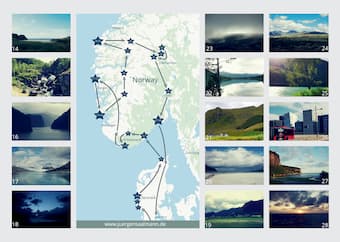 The Trail of 28 Days

After 5 days moving north through Denmark, it was across the sea to Norway where he worked his way from east to west, around and back again.

As he travels, each day is different – with changing emotions and feelings. We asked which days were his favorite and he quickly selected Days 15-17, Hardangervidda, Aurland, and Styggevatnet.

Hardangervidda is a national park in central southern Norway, with a treeless moor with lakes and rivers, and one of Norway’s largest glaciers. The music seems to pick up an urgency, perhaps picking up the winds moving across the moor.

Aurland, to the north, became a UNESCO World Heritage Site in 2005 for its fjords. The music becomes majestic, looking into the long narrow inlets framed by mountains.

Styggevatnet, Day 17, is a glacier lake next to the Josteldalsbreen glacier. Saalmann’s music brings out the chill in the water and the ice on the land, even in the hottest days of summer.

We asked about his compositional process and he said it was largely improvisatory. He would sit down and play and record his composition on his phone. At home, after the trip, he transcribed the music into score form and recorded it in a proper studio. A sound engineer added the proper ambience and a record was created.

It takes a particular kind of musical mind to sit in a landscape, open your inner composer, and play the scene in front of you. Saalmann’s 28-day improvisation of his trip avoids all the worries – where’s the next gas station, where are we staying tonight, what do we do today since it’s raining, etc. Instead, we get the ideal travelogue that takes us through a region where many of us have never ventured: Scandinavia, and specifically through Denmark and Norway. In many ways, the trip invites you to explore the scenery with him – traveling through the glacial-carved landscape of the far north and look into its fjords and lakes. It’s an introduction to the beauties of Norway.

He closes his trip in the Tangvald Nature Reserve with a last work that is very different from the sense of adventure with which he opened his trip: it’s a bit slower, a bit more reflective, and perhaps, reflects that fatigue that we all feel at the end of a long trip before it just fades away at the end. Asleep with all those memories.

Join Jürgen Saalmann on his northern trek and hear the beauties of Denmark and Norway for yourself.