Indie classical—as I define it—is a sub-genre of contemporary classical music. Born in the early 2010s, it is slowly evolving from a niche genre to a contemporary musical trend. Its unofficial founders—including the German composer and pianist Nils Frahm—have gone from small venues and clubs to filling the Royal Albert Hall or the Sydney Opera House. More than ever in classical music, indie classical is a genre that represents and reflects its times: minimalistic, independent and collaborative. 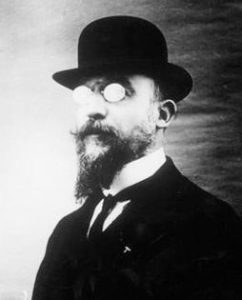 Where it comes from… Its classical influences are diverse; from the music of Bach, Chopin, Satie and Cage to the minimalists. Then, there is ECM—including the Scandinavian sound—and its minimal approach, the American and English music of the sixties and seventies, the German electronic music of the late eighties and nineties, the traditional folk music(s) and their contemporary followers, or the DIY ethic attached to the punk aesthetics. The influences and inspirations—without counting the extra-musical ones—are numerous, and this wide range of influences has resulted in a music that follows classical ethea but is aimed at being popular and accessible. 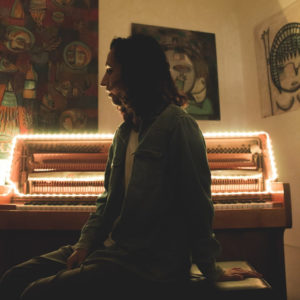 The composers and the performers… There seems to be two different paths and origins from the composers, who are very often the performers as well. There is the classically trained musician—who has spent some time in conservatories around Europe or with individual teachers—who then diverged into popular music, and the popular musician—an autodidact who has played in rock bands—and who eventually felt attracted to classical music. The composer is most and foremost a pianist—but often a guitarist too—and a musician that seeks breaking barriers, including through the use and merging of both acoustic and electr(on)ic instruments.

The music… Intimate, imperfect, honest and most importantly descriptive of the musician. Indie classical has no cultural identity—it does not seem to have been born in a particular city or country—but it is always anchored in the composer’s cultural traditions. It is American as much as European or Asian; it speaks a universal language. It is a music that is also very rarely vocal; therefore the boundaries of languages are erased and hidden behind music qualities. One common denominator to all indie classical music is the association with the aesthetics of minimalism and simplicity. It is a music that is direct and that speaks to the masses. Each album is produced in a very similar way—often through the sound of the piano: with felt, with imperfections, with the instrument being heard as a whole, with the performer and the ambient sounds that surround them. Often too, the addition of strings and various instruments comes to complement the music. 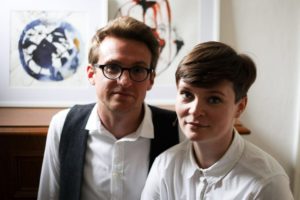 The collaborations… Indie classical is based on a collaborative approach; whether between composers, performers and producers, who one after the other exchange on each other’s projects or multi-disciplinarily, through different art mediums—plastic arts, videos, writing etc. Sergio Diaz De Rojas is a prime example of successful collaborations in indie classical: simultaneously a composer, a performer—with Unsichtbar—or a producer—with his own label Piano & Coffee. Famous other collaborations across the arts and indie classical include Marta Cascales Alimbau and her sister Carla Cascales Alimbau or, Anna Salzmann with Gareth Broke and Dominique Charpentier.

Indie classical is a virtual music that reflects the age it is in. It is through the internet and the online world that this music exists. It is purposely composed, performed and recorded for the mediums of this age. Thanks to this, the music has moved on to the real world, opening opportunities for musicians to collaborate and perform across Europe and the rest of the world. It is a genre that is still very young, that is growing bigger and bigger, and that has already given a new breath to classical music, as well as popular music.