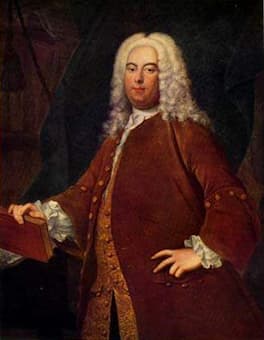 In the Baroque era, the Concerto grosso, the big concerto, was the workhorse genre. Unlike a regular concerto where one soloist contrasted with the orchestra, in a concerto grosso a small group of soloists, known as the concertino alternates with the full orchestra, called the ripieno, tutti or concerto grosso.

George Frideric Handel (1685-1759) wrote his set of 12 Opus 6 in London, and they were published in 1739 under the title of Grand Concertos. His concertino was a trip of 2 violins and cello and the ripieno was a 4-part string orchestra with a harpsichord playing continuo. Their model was the concertos by Archangelo Corelli, with multiple movements, rather than the Venetian concertos of Antonio Vivaldi, which only had 3 movements. Across the six movements of the concerti grossi, Handel incorporated all the musical styles at his command: trio sonatas, operatic arias, French overtures, Italian sinfonias, airs, fugues, themes and variations and a variety of dances. 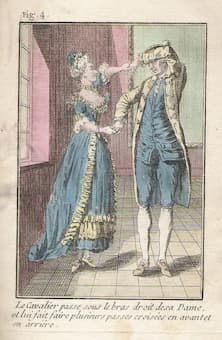 Dancing the Allemande, 1769. The man passes under the arms of the woman….

The 8th concerto grosso in the set, Concerto Grosso in C Minor, Op. 6, No. 8, HWV 326, becomes a suite of dances. It includes an Allemande, a Siciliana, and an early form of a Polonaise, all using music and themes from his own operas and other works.

The opening movement is an Allemande, a German dance, that often is the first movement of works such as concerti grossi. It was in duple time at a moderate tempo. In the 16th century, the dancing master books described the allemande as a dance ‘in which dancers formed a line of couples who took hands and walked the length of the room, walking three steps then balancing on one foot.’ Later versions replaced this with 3 springing steps and a hop. Other dance movements were added over time.

The source for Handel’s Allemande is his own harpsichord suite in G minor, HWV 452, but now slowed down to a dance tempo. 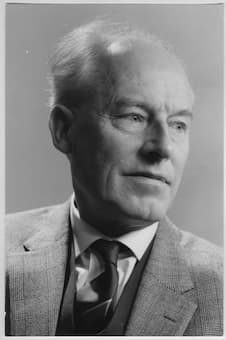 This recording by the Chamber Orchestra of Saar, was recorded in 1955 in Saarlouis, Germany, under the direction of Karl Ristenpart. Karl Ristenpart (1900-1967) was a German conductor who created three different orchestras, one of them being the Chamber Orchestra of Saar. With them, he created a body of work that included one of the earliest recorded collections of Bach’s orchestral music, of which this recording is part. 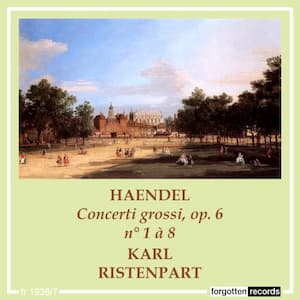