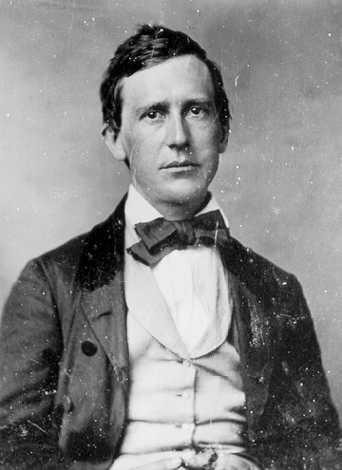 Stephen Collins Foster grew up in Alleghany City, a Pennsylvania municipality located at the junction of the Allegheny and Ohio rivers. The Foster’s shared a large two-family house with the family of a retired Army Officer. Captain Pentland was a veteran of the War of 1812, a three-year military conflict between the United States and the Kingdom of Great Britain. Young Stephen was mesmerized by the captain’s reminiscences, and spent much time next door.

War stories can be fascinating, indeed. However, Captain Pentland’s household contained two delectable objects that immediately fueled Stephen’s imagination. You see, the Pentland’s owned a square piano. Square pianos were not common household items at this time, and they certainly were seriously expensive objects of prestige, wealth and distinction. For young Stephen, who only owned a flute and a guitar at this time, the Pentland piano opened up a completely new musical world. He spent hours on end exploring the possibilities of the instrument, and according to Captain Pentland “Stephen became rather skilled in the art of improvisation.”

Captain Pentland also had a fair young daughter, and Stephen was just at an age to notice girls. Susan Pentland was described as “fair and energetic,” and the children frequently played together in the back yard. In the Broadway-style show “The Stephen Foster Story,” young Stephen has a torrid affair with little Susan. Given that Stephen was sixteen and Susan only eleven at the time, this assumption does sound like a slight exaggeration. In later years, Susan sang the soprano part in a Stephen Foster Quartet, sharing the stage with Jane McDowell. Jane eventually became Stephen Foster’s wife, and Susan married Andrew Robinson, one of the “Five Nice Young Men” from a group of young writers and journalists. 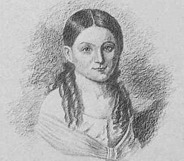 When youthful love and inspiration mingle, music is soon to follow. Foster wrote his first love song, Open Thy Lattice Love in 1842. It bears the dedication “composed for and dedicated to Miss Susan E. Pentland of Pittsburgh.” The poem by George Pope Morris had been printed in a New York weekly paper titled New Mirror.

The song was published two years later by George Willig of Philadelphia, and quickly became a much-enjoyed standard in Allegheny parlors. Miss Sue was predictably flattered!