The American pianist Philippa Schuyler made her concert debut while still a child, giving piano recitals and frequently appearing on the radio. Born in 1931, the mixed-race child was the daughter of a prominent black writer and essayist, George S. Schuyler, and a white Texas socialite, Josephine Cogdell. Schuyler and Cogdell believed that together they could produce an extraordinary child who would become the answer to the US’s growing racial divide and social problems.

Philippa’s mother believed in raw foods and had the stove removed from her Harlem kitchen. Neither vegetables nor meat were cooked but were eaten raw. Philippa Schuyler’s biographer, Kathy Talalay, reported that when she interviewed the people who next took over the apartment, they, indeed, had to reinstate a normal kitchen. 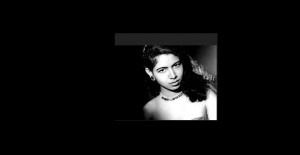 Philippa Schuyler in the 1940s

Philippa had an IQ of 185, could read and write at the age of 2 1/2, and began playing the piano at the age of 3. At 4, she began writing music and by the age of five was performing on the radio. By 11, she was touring, with over 100 piano compositions to her credit by the age of 13. At the New York World’s Fair, New York Mayor Fiorello LaGuardia declared June 19, 1940, as “Phillippa Duke Schuyler Day.” She scored her work Manhattan Nocturne and it was performed by the New York Philharmonic in 1945. She also appeared with the NYPhil in summer stadium concerts in 1946 and 1955, performing Saint-Saën’s Piano Concerto No. 2 both times. Philippa’s career, although begun in America, was most successfully conducted in Europe, where black performers traditionally had an easier time. She played for many European heads of state, although the same honor was not accorded her in the US. Her talents were widely recognized, although some critics didn’t think she could perform more nuanced works as well as she could perform bravura works.

Her self-belief was damaged when her parents showed her their clippings file where they had acknowledged publically that she was, in fact, a racial experiment. Everything that she’d worked for herself was cast into doubt. Since this revelation occurred during her teen years, it had a terrible effect on her development. In her later European appearances, she tried to reject her black heritage and appeared as an unknown Spanish pianist, Filipa Monterro. She attempted to create a new life for herself, rejecting many of her parents’ values and becoming a feminist. 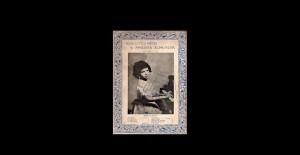 When she reached her thirties, Philippa abandoned the piano and went into her father’s field of journalism. During the height of the Vietnam War, Philippa went to Vietnam in 1967 as a war correspondent. She was killed in Da Nang when the pilot of her helicopter deliberately cut the motor and attempted an uncontrolled glide that, unfortunately, ended up as a crash into the sea. Although she survived the crash, she drowned because she was unable to swim, dying at age 35.

Although not widely remembered today, she is memorialized by the Phillipa D. Schuyler Junior High School in Bushwick, Brooklyn, which offers an arts-focused curriculum.