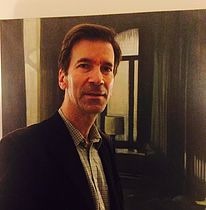 The worlds of business and arts rarely meet. But both worlds have things to teach the other, and in recent years there’s been a growing trend for collaboration and discussion about aspects of life and work common to people working in offices and in concert halls – teamwork, leadership, communication and many more. Synthesis, founded by Christine Cayol in 1994, is one of the organisations leading this work. I caught up with one of their team, Marc-Antoine Hamet, about the work he does bringing the lessons of musical performance to bear on the business world.

Could you explain your work with Synthesis to our readers?

Synthesis is a consultancy based in Paris that runs seminars for businesspeople using the arts to reflect on how we think and communicate. Christine Cayol, the founder of Synthesis, has built a team mostly of professional artists – I’m not a musician myself, but having worked in the 80’s with Zarin Mehta when he was the Executive Director of the Montreal Symphony Orchestra (conducted at the time by Charles Dutoit), I love music and the business side of music.

Christine has also founded Yishu-8, a cultural centre in Beijing, which makes cultural exchanges between France and China, sending artists both ways and organising seminars and exhibitions in Beijing. So although we’re based in Paris, we have a presence in Asia too. 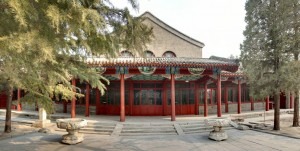 Christine asked me to develop some seminars for businesspeople. One example is to listen to the same piece of music interpreted differently, like the opening to Beethoven’s Fifth Symphony. I needed something that was easy, not threatening and with no cultural barriers across the world, and Beethoven’s Fifth is great for that! So, we listen to the Beethoven played by the same orchestra, in this case the New York Philharmonic, with different conductors – Toscanini, Bernstein, Masur and Maazel. It’s interesting travelling through time with technology from very old recordings to newer detailed sound, and through very different interpretations – in a minute and a half-long excerpt there’s a huge discrepancy of duration, about twenty seconds, between what Maazel does and the slowest one, which is Bernstein. We discuss how we perceive the differences in interpretation, and debate which is the ‘best’ performance. It’s fascinating – you realize very quickly that it’s difficult to agree about something that’s ‘rational’ or technical that also touches you emotionally. That’s relevant to how we share information in business life and in collaboration, which is so much to do with communicating clearly.

You also look at different conductors?

Yes – we explore leadership and communication through footages of conductors in rehearsal: Bruno Walter’s first rehearsal with a Canadian orchestra, Karajan with the Vienna Symphony, and Simon Rattle with the Berlin Philharmonic in Shanghai from their film Trip to Asia. In that sequence, Rattle starts the orchestra, but then goes to sit in the hall and listen to them playing. This provokes an interesting question for leadership – are you able to let your team work without you? It’s very stimulating for businesspeople to reflect upon their own management style and the culture of their companies based on seeing these three conductors at work. It’s extremely new for many participants, as most of them have never attended rehearsals or concerts.

Sometimes I also ask them to vote which leader they would like to work with. Many times Karajan wins by a small margin, which may be linked to his strong authority. This discussion translates well in corporations because the level of tension and authority varies across cultures – it’s very different in India from Hong Kong, for example. The Rattle way of being able to let go is a different school – it’s leadership that recognizes the limits to one’s own power, which is certainly not the case with Karajan! This work can help participants to think about what styles and ways of working there are today. 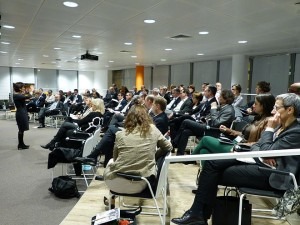 Mrs Cayol in a Synthesis seminar

Do you use other kinds of art in addition to the established classics like Beethoven?

In the last few years, I’ve developed a seminar using contemporary visual art: Swiss artists Fishli/Weiss and Chinese artist Liu Bolin, for example. I ask someone to look at it and then describe it to a colleague as precisely as possible. It’s a powerful experience, as contemporary art can unsettle a lot of people – sometimes they feel so strongly that this not ‘art’, that they’re not even able to describe it. In today’s world it is difficult for people to remain open to the new, to something they have never experienced, and it’s valuable to reflect on how we can be open to new, potentially disruptive situations in business life, particularly in the midst of the digital revolution.

I have used contemporary music too, the ‘Ecstatio’ movement from Thomas Adès’ symphonic piece Asyla, which I invite participants to describe to each other. It’s very stimulating for them to talk about something that seems from another world – 99% of the time they’ve never heard music like this, so it’s either a pleasure or a challenge! We encourage people to reflect on how they are able to communicate with their colleagues, how they are able to gather and share information and ideas within a team. If a team member isn’t able to share, but just says ‘I don’t understand, it’s not music’, they’re not contributing much. On the other hand, if you remain open and engage with the music as best you can, you can gain a valuable new perspective.

What is the future for Synthesis?

I have a project to do a seminar at the Queen Elizabeth Music Chapel in Brussels, where pianist Louis Lortie is Master in residence. We want to explore the collaboration between a soloist, a conductor and an orchestra, which is interesting in a leadership context. I have also devised an intercultural workshop exploring the simple idea of how the meeting of a man and a woman is described in an opera. We look at Gounod’s Roméo et Juliette, Bernstein’s West Side Story, and a similar scene in The Peony Pavilion, a Chinese opera, then we discuss how each scene reflects how relationships are different across cultures – that is very interesting for international businesses.

There’s vast potential to use the arts like this, especially music, as a powerful tool to promote openness and sharing.

Synthesis is a consultancy based in Paris and also present in Beijing, using ideas from the arts and culture to help the growth and development of businesses around the world. Find out more at www.synthesis.fr.