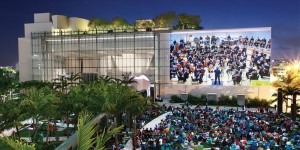 Miami, Florida conjures pristine beaches, blue skies, steamy air, trendsetting nightlife and Cuban food. But there is more to Miami than that—classical music! Take in high-quality performances by The New World Symphony at their stunning concert venue New World Center designed by world-renown architect Frank Gehry. The New World Symphony is a one-of-a-kind academy for young musicians who are about to embark on their professional careers.

Established in 1987, by Artistic director and conductor Michael Tilson Thomas (MTT we affectionately call him, exceptional educator and maestro of the San Francisco Symphony) and Lin and Ted Arison, NWS prepares extremely gifted students for positions in top orchestras. Competition is rigorous. The eighty-seven young musicians who are selected for NWS are awarded up to three-year fellowships, but they are evaluated annually. Approximately 1,500 students compete for 35 spots each year.

During the 35-week season the musicians perform a wide variety of symphonic and chamber music literature in Miami as well as on tour. They receive specialized training from visiting faculty, learn entrepreneurial skills, and delve into what it might take for success in the music business. In addition to the amazing array of performance opportunities they receive a stipend, housing, and health and instrument insurance.

I asked several of my colleagues about their experience at the NWS.

In the fledgling days of the 1980s Miami Beach was not Nirvana, not yet the art-deco capitol it is today with its epic hotels, unique architecture, celebrity sightings and cultural events. Before the revival of the city, students were housed in the few oftentimes run-down hotels. The odd cockroach could be seen scurrying by and sometimes crime scene police tape.Nonetheless it was and is a life changing for young musicians. 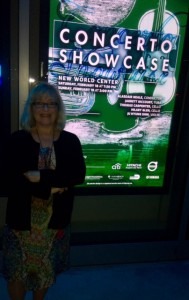 I called Kari Docter, a cellist with the Metropolitan Opera Orchestra, and asked her about playing in New World Symphony.

KD: Playing in an orchestra of this caliber, with a group of musicians of similar ages and motivation makes for a singular experience. The students at NWS are all there because they are motivated to get an orchestra job. This across the board connection among the players is compelling and results in unique collaborations. MTT has done an amazing job as the driving force behind this organization—he’s a wonderful teacher and spokesman for music.

JH: What did you learn about life in music that you would not have known otherwise?

KD: Because we all live together as well as work together it’s quite a bit more intense than one’s regular music gig! But we certainly bonded, which helped our music making.

JH: Can you describe experiences that have affected you for the rest of your career?

KD: Several things helped me over my 20 years of playing professionally. I was lucky enough to perform the Dvořák Cello Concerto with the orchestra as soloist; I worked with great conductors and coaches, played chamber music, went on tour to Europe and played in marvellous halls. I sat principal and learned invaluable lessons about how to be a leader of a section. I also mentored a young local cellist, essential skills for a career in music. Meanwhile, I took about 10 auditions, and went to the beach! 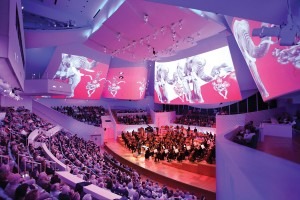 Milana Reiche, a violinist with the Minnesota Orchestra said of her NWS experience: “My time with the New World Symphony was a perfect transition from college to a professional orchestral career. It was wonderful to work with concertmasters from professional orchestras across the country. New World was a unique opportunity to focus my time on preparing for orchestral auditions without financial stress since NWS members receive a stipend, housing, and can defer college loans. One of my favorite memories was an East coast tour. We performed in New York City. The musical energy on the tour and thrill of performing in great halls solidified my desire to pursue this career. I made connections with colleagues while at NWS, which continue today!

Violinist Michael Sutton, echoed that sentiment, “I would say that New World gave me a taste of working in the real world. We had a steady stream of phenomenal world-renowned conductors and soloists of the caliber of any major orchestra.” 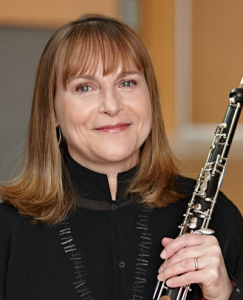 Marni Hougham joined NWS as an oboist and came out an English horn player: an extraordinary one at that. The mentors grasped something important about her playing, when she played Sibelius The Swan of Tuonela, which she did not yet realize—the English horn was “her voice.” Marni’s years in the orchestra included a tour to Japan, and a residency in London. Marni credits these experiences with her landing the English horn position with the Minnesota Orchestra. Today a potential candidate for an orchestral position impresses an audition committee if they see that the candidate has been in the NWS.

BRITTEN, Symphony for Cello and Orchestra Rostropovich Selection
Since then the experience has been enhanced through the New World Center. It’s become a musical laboratory for music teaching and ideas. I had a look at the front of the hall one evening and enjoyed colorful projections on the 7,000 square foot outside wall. During The WALLCAST Concerts extraordinary technological capabilities enable select performances to be broadcast outside live and for free, and animations within the hall. People of all ages pack the large grassy area on the surrounding parkland. The May 6th season finale features Beethoven Symphony No. 3, Eroica and Alisa Weilerstein in Britten Symphony for Cello and Orchestra. Don’t forget to bring a picnic.
Official Website