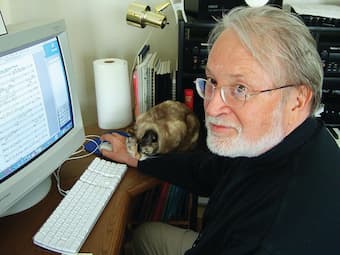 Most composers who look to art for inspiration look to paintings. A few, however, look to sculpture and one composer who look at four very different artists for a similar theme was Virko Baley (b. 1938). This Ukrainian-American composer began his music training in Germany and completed it at the Los Angeles Conservatory (now the California Institute of the Arts). 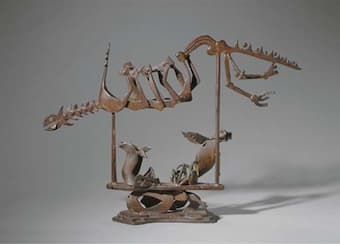 David Smith (1906-1965) was an abstract expressionist sculptor and painter, known for his large steel sculptures. Finding little in university for him as an artist, he moved to New York and enrolled in the Art Students League of New York. In 1929, his teacher, John D. Graham, introduced him to the welded-steel works by Picasso and Julio González. Where most sculptors work in bronze, which must be modeled then cast, Smith worked directly in steel. As an experienced welder, he created unique works. Although he painted, he viewed sculpture as the work in which one could truly achieve art in three dimensions.

First shown in 1946 in an exhibition at the Buchholz and Willard galleries in New York, Jurassic Bird (1945) was noted favorably by reviewers who commented on his innate ability to get down ‘to the bare bones’ of his subjects.

This sculpture was the inspiration for Virko Baley’s first movement of Sculptured Birds, a work for clarinet and piano. In the work, the clarinet fleshes out the ungainly bird who can soar. 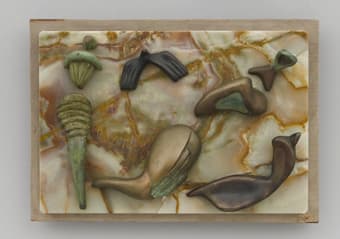 Ukrainian artist Alexander Archipenko (1887-1964) started his career in Kiev, did further study in Moscow before moving to Paris. He exhibited 4 Cubist sculptures at the 1913 Armory Show in New York and in 1923, emigrated to the US. In 1933, his sculptures were the centerpiece of the Ukrainian pavilion at the Chicago World’s Fair.

He was the first sculptor (after Picasso) to adopt Cubism as a style and it continued to influence his work in terms of using different planes and negative space to give the viewer the opportunity to view a work in several dimensions in one viewing. 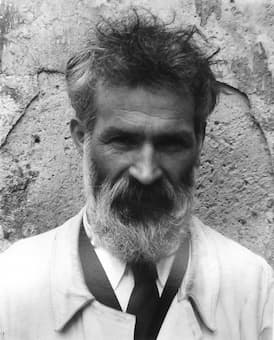 The Romanian artist Constantin Brâncuși (1876-1957) was another sculptor who made his career in France. His minimalist sculptures stripped away the detail and the extraneous to show, in his words, ‘not the outer form but the idea, the essence of things.’ 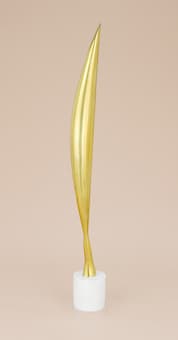 Although Baley called his third movement Bird in Glide (after Constantin Brancusi), there does not appear to be a Brâncuși work with that title. Most famous are the sculpture group called Bird in Space. A simple abstract form representing a bird in flight, these sculptures are each unique. His first Bird was created in 1923 in marble, with later versions being done in bronze and plaster. As he approached each new Bird, he would make a plaster cast of a marble version and then shape the plaster casting, changing its proportions and creating a new work each time.

In his music, Baley also strips away the music to give us a minimalist clarinet and piano duo. 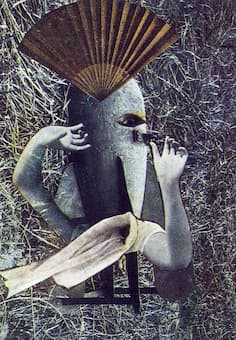 Baley closes with a work that’s not quite a sculpture. Max Ernst (1891-1976) was born in Germany but after serving in WWI as a map maker, he settled in Cologne and started his work on photomontages. Dada came to Cologne and he became a ready follower of the new style.
His 1920 work The Chinese Nightingale is a Dadaist photomontage that combines weaponry with human limbs. In this work, the limbs and fan of an Oriental dancer are used to humanize the body, which is formed by a bomb. An eye was added to the bomb create a strange bird-like creature. Ernst had a fear of weaponry following a war injury suffered when a gun recoiled – here, he conquers that fear by neutralizing the weapon’s intrinsic power to damage.

Baley gives us a dance for this awkward bomb with the elegant limbs.


Baley’s work is not easy nor were the works he chose to illustrate. Each artist was at the front edge of his style: unique sculptures created by unique sculptors and Baley brings that into his own unique work for clarinet and piano.