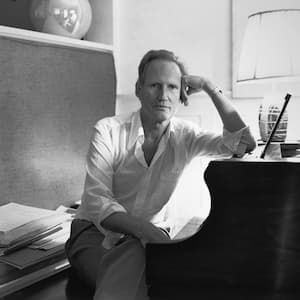 Most composers seek to capture a single artwork in their compositions based on art works. Canadian composer Harry Somers (1925-1999), in his Picasso Suite (1964), sought to capture the entire life of a painter in the sweep of his work.

Pablo Picasso (1881-1973) was born in Spain but spent the majority of his life in France and became known for being one of the co-founders of the Cubist movement, among many other artistic achievements.

Somers starts his work with the movement Paris circa 1900. 1900 was the year Picasso first arrived in Paris. He shared a flat with the journalist and poet Max Jacob and froze and starved as he tried to succeed. 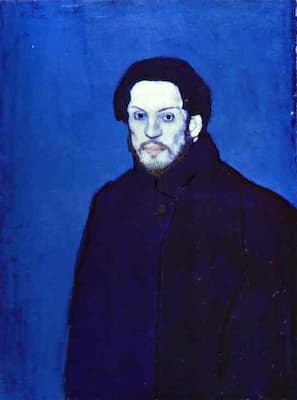 Movement II, Blue Period, covers Picasso from 1901-1904, where the predominant and sombre colours of blue and blue-green were the focus of his work. 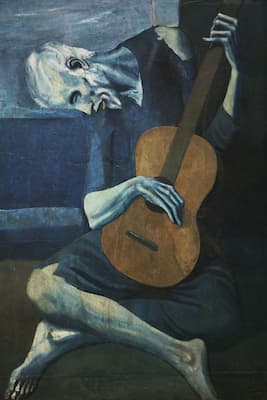 The people in his Blue Period paintings were gaunt and emaciated and the cold colours give a feeling of isolation and unhappiness.

Movement III, Circus, encompasses Picasso’s Rose Period (1904-1906) and his pre-Cubist African art stage (1907-1909). Picasso’s colours warm to include orange and pink and his subject matter changes from prostitutes and beggars to circus people, acrobats, and harlequins. 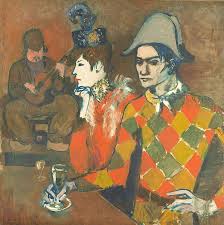 Finally we arrive at the heart of Picasso’s influence, IV. Cubism. In Picasso’s cubist works, objects were deconstructed and analyzed for their shapes. Analytic cubism (1909-1912) was developed by Picasso in conjunction with Georges Braque. The style developed into Synthetic Cubism (1912-1919) where certain common objects, such as a pipe, a guitar, or a glass, were the focus of the work. In Violon (Violin), all the elements are there – the f-holes, the strings, the purfling at the edges of the instrument, even a suggestion of the scroll at the top of the neck and at the same time, a suggestion of the musical score and the fingers of the player.

Movement 5 takes us to Picasso’s post–WWI style of Neoclassicism and surrealism (1919-1929). As with many artists after the turmoil of the war, Picasso had a ‘return to order’ that calls to mind work by painters from centuries earlier. The images show a fusion of ritual and imagery and are often done in a muted or restricted palette. 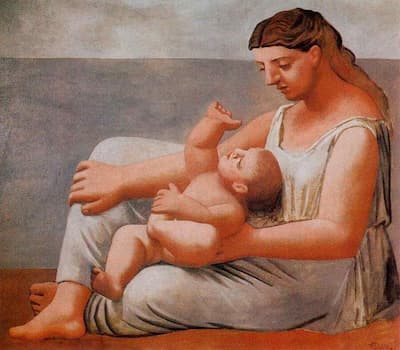 Movement VI: The Vollard Suite refers to set of 100 neoclassical etchings Picasso created on commission from the art dealer Ambroise Vollard. In exchange for his work, Picasso was paid in paintings by Renoir and Cézanne. 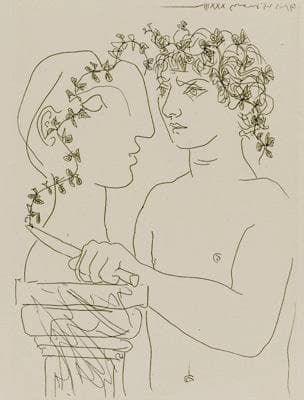 Movement 8, Mural: The Temple of Peace, commemorates a mural Picasso created in Vallauris, France. Merging sacred art and his anti-war ideology, the work, entitled War and Peace, depicts the horrors of war and the benefits of peace. 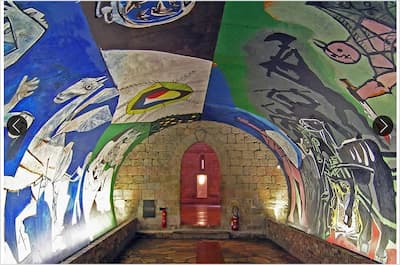 The final movement, Arcadia: Faun with Flute – Innocence, returns Picasso to his youth and to his alter ego, the mischievous faun. 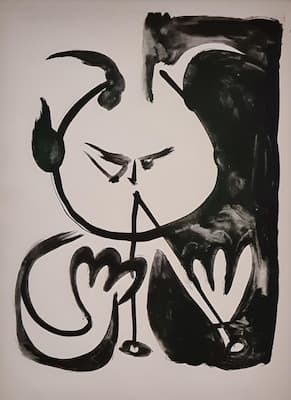 The Codetta ending brings back the opening movement, putting to music Picasso’s remark that “It takes a long time to become young.”


Written in 1964 for the Saskatoon Symphony Orchestra, the work captures a great deal about one of Canada’s most prolific, original, and important 20th-century composers. What’s of even greater interest is that the work was completed nearly a decade before Picasso died, so it was a look at a still-living artist, who still had more work in his imagination. 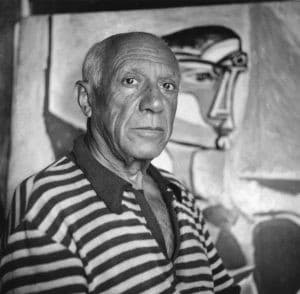