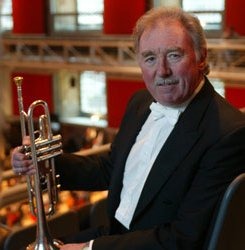 Maurice Murphy (1935-2010) was born in west London, but spent his childhood in Yorkshire, in the north of England. He grew up playing in local brass bands, and in 1956 became the principal cornet of the internationally renowned Black Dyke Mills Band.

Known for his unassuming, humble manner, Murphy earned a reputation as one of the great orchestral trumpet players of the century. There aren’t many people who won’t have heard Murphy’s laser beam high note at the opening of the Star Wars soundtrack; his distinctive sound can be heard on many of the LSO’s film work, including Raiders of the Lost Ark, Superman, and Gladiator. 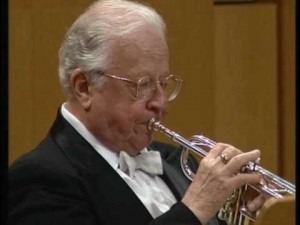 Adolph Herseth (1921-2013) hails from Lake Park, Minnesota. He became principal trumpet of the Chicago Symphony Orchestra in 1948 for a staggering 53 years, retiring in 2001. After his vast tenure, many have cited his sound as playing a key role in shaping the orchestra’s identity, particularly in the period when the orchestra was under the direction of Georg Solti.

Herseth saw the tenure of five other musical directors of the CSO: Artur Rodziński, Rafael Kubelik, Fritz Reiner, Jean Martinon, and Daniel Barenboim, who appeared alongside others in a special concert given by the CSO in 1998 to celebrate Herseth’s 50th anniversary with the orchestra. 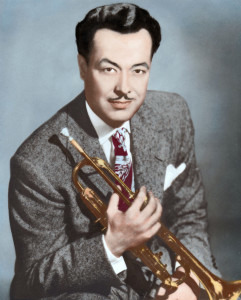 Rafael Méndez (1906-1981) was born in Mexico to a musical family, where he grew up playing in local dance bands. In 1916, Méndez performed to the leader of the guerrilla army, Pancho Villa, who liked his playing so much that Méndez was obliged to stay with the rebel army for several months.

At the age of 20, Méndez moved to the USA and worked in, among other places, a steel mill and automotive plant while he established himself on the music scene. By 1940, he was leading the MGM studio orchestra’s brass section.

Méndez’s legacy includes a large body of his own arrangements and compositions for the trumpet, and a legendary technique that few could equal. His recording of Paganini’s Moto Perpetuo (originally for violin) continues to baffle and amaze listeners to this day.

Set up and sponsored by his two sons, the Rafael Méndez Brass Institute is a world-renowned course that takes place over a week every summer, and focuses on brass chamber music, solo playing, teaching and technical skills. 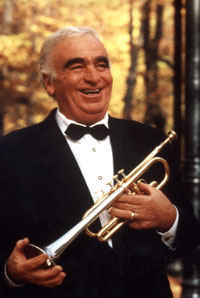 Maurice André (1933-2012)’s sheer technical mastery earned him the reputation of one of the greatest trumpet players of the century, and his recordings of various Baroque works for trumpet contributed to the resurgence of interest in music from that period.

His first CD, shared with tenor Fritz Wunderlich and organist Günther Brausinger, was released in 1950, and since then went on to build a discography with over 300 recordings to his name.

And he didn’t just stop at works for trumpet: André also recorded music originally written for, among others, the flute, oboe, and violin, such were his technical capabilities.

Andre passed away in 2012, his library of recordings still a gold standard of the baroque trumpet.

So, did we miss anyone off who you think should have made the list? Let us know in the comments below!