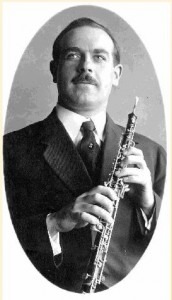 One of the most influential oboists of the twentieth century was Marcel Tabuteau (1887-1966), originally from France, but settling in the USA in 1907, where he became a citizen in 1912. After studying at the Paris Conservatoire, Tabuteau became principal oboist of the Philadelphia Orchestra in 1915, where he stayed until 1954, working closely with musical director Leopold Stokowski. During his time in Philadelphia, Tabuteau was appointed professor of oboe at the newly founded Curtis Institute of Music in 1924, a post he retained until his retirement in 1953.

Tabuteau is credited with founding the ‘American’ oboe sound that is still influential in teachings across the country today. This is largely down to his refinement of a new style of reed, made by employing the aptly named ‘Tabuteau scrape’ method. This took hold as a standard way to make reeds in the US, which then found its way into orchestras around the country, as Tabuteau’s graduating pupils found their way into various orchestral jobs nationwide. 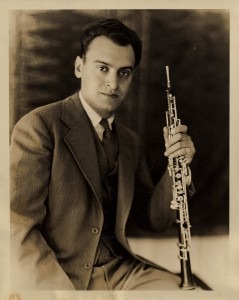 A pupil of Marcel Tabuteau, American Robert Bloom (1908-1994) is considered vital in the development of American oboe playing. Studying with Tabuteau for three years at the Curtis Institute (where he no doubt picked up the Tabuteau scrape) preceded his tenure at the NBC Symphony Orchestra, of which he was principal from 1937 to 1943, playing under the infamous Arturo Toscanini.

He was assistant principal oboe at the Philadelphia Orchestra under Leopold Stokowski and during his time in both orchestras he can be heard on many recordings with Stokowski, Bernstein, and Stravinsky, to name just a few. To many, Robert Bloom embodied the American oboe sound, and on the many recordings on which he features, his distinctive Tabuteau-esque sonority can be heard shining through the wind section.

In 1946, Bloom was one of the founding members of the Bach Aria Group, an ensemble with whom he played until the group disbanded in 1980. A professor at both Yale and Juilliard, Bloom cultivated his own generation of young oboe players who now, today holds major positions in orchestras across the USA. 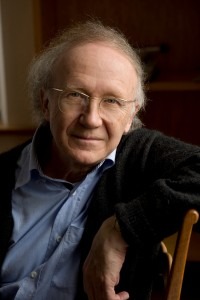 One of the most famous oboe soloists of the twentieth century, Swiss oboist Heinz Holliger (b.1939) won first prize in the International Geneva Competition aged just 20 years. His international career took off shortly after, and he became one of the leading exponents of the oboe, not least due to the number of new works written for him. An incredible body of contemporary oboe music exists thanks to Holliger, with composers including Olivier Messiaen, Toru Takemitsu Luciano Berio, Krzysztof Penderecki, Karlheinz Stockhausen, Witold Lutosławski and Elliott Carter all writing works with Holliger in mind.

Not only did Holliger achieve fame as a soloist; he lent his hand to composing in 1963, and never looked back. Over 170 pieces later, he continues to write to this day, recently winning the 2017 Robert Schumann Prize in the city of Zwickau for his contribution to international musical life.

Away from his work in new music, Holliger’s 1972 recording of Jan Dismas Zelenka’s six Trio Sonatas for Oboe and Bassoon with bassoonist Klaus Thunemann and continuo player Christiane Jaccottet sparked a revival in interest in Zelenka’s music. This adds to Holliger’s large discography, ranging from Mozart, Bach and Bellini through to Richard Strauss, Takemitsu and Stockhausen. 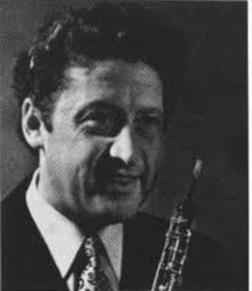 Epitomising the dark, rich sound of the oboe for which Germany is famous, Lothar Koch (1935-2003) began his tenure as principal oboe of the Berlin Philharmonic in 1957, aged just 22.