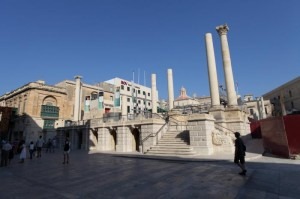 We all remember that horrible night in 1996, when the Venetian opera house “La Fenice” was destroyed and gutted by fire. What at first looked like an innocent accident soon turned out to be a mindless case of arson! Enrico Carella and Massimiliano Marchetti, two cousins had set fire to the priceless historical building in order to avoid penalty payments on an electrical contract they had failed to complete on time. But the real drama was just starting to be played out. A subsidiary of Fiat somehow got the contract to rebuild the opera house, but six months in, this decision was contested by Holzmann-Ramagnoli, a German/Italian company claiming that the original quote had not included all the work that needed to be done. The case went to the highest court in Italy and Holzmann-Ramagnoli was awarded the contract. But rebuilding was still delayed because nobody could figure out how to compensate the Fiat subsidiary for the work already done. 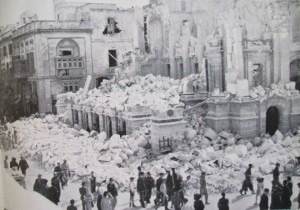 As far as opera houses go, the “La Fenice” case is regrettably not an exception, but simply one of many unnatural disasters—including fires, wars, scandals and involvement by the Mafia—that destroyed some of Europe’s most famous opera houses. Take for example the Royal Opera house in Valletta, Malta. Built in 1866 to a design by English architect Edward Middleton Barry—who had gained international fame by designing Covent Garden and the National Gallery in London—the structure seemed doomed from the beginning. Barry never actually surveyed the site and designed the house to be built on flat ground. In reality, the Piazza Vittoria sloped by a dramatic 3.5 meters, and Barry had to improvise. A huge platform to level the ground had to be constructed, and costs soon spiraled out of control. The Royal Opera House was inaugurated on 9 October 1866 with Bellini’s opera I Puritani, but the next disaster was only seven years away. During rehearsals for Giuseppe Privitera’s opera La Vergine del Castello, the theatre accidentally caught fire and the interior was completely destroyed. Restoration was taken up immediately under the supervision of Architect Webster Poulson, but it took a huge amount of money and almost 5 years before the theatre reopened with a performance of Giuseppe Verdi’s Aida on 11 October 1877. 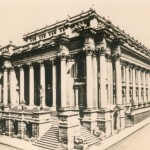 For a number of years everything ran smoothly, and the Royal Opera House in Valletta served not only as an important launching pad for aspiring opera singers but also as the prime theatrical venue of Malta. Giovanni Zenatello, Giulietta Simionato and the famous Brazilian soprano Bidu Sayão started their illustrious career in this particular theatre. And a number of famous composers, including Ottorino Respighi, Licinio Refice, and Riccardo Zandonai dropped by to supervise productions. However, on 7 April 1942, German bombers flew an aerial raid against Valetta and in the process completely devastated the opera house. Most of the auditorium and sidewalls were completely destroyed, with only a couple of Corinthian columns and Barry’s improvised platform surviving. Shortly after the end of the war, a group of German prisoners of war offered to rebuild the house. However, “the government turned down that request for fear of upsetting the unions. With a chronic housing shortage there were not many votes to be found in opera houses in the postwar era.”

Six renowned architects submitted designs for rebuilding the theatre in 1953. However, once the German government refused to pay for the rebuilding work—not to mention the heavy internal fighting over the scope of the project—it all came to naught. In fact, the interior floor of the opera house served as a commuter parking lot for a number of years. In 1980, the renowned architect Renzo Piano submitted a design to rebuild the theatre, but due to heavy opposition of how to secure funding—the German government had once again refused to pay for the rebuilding work—the project never came to fruition. A final attempt was made in 2006, with the government announcing a proposal to redevelop the site as the location for the House of Parliament. In the end, Parliament was constructed at a different location and the ruins of the Royal Opera House turned into an open-air theatre. All that remains today of the original glorious structure are Barry’s improvised platform and a couple of columns! And it is officially called Pjazza Teatru Rjal. Please join us next time when we explore the impact of the Sicilian Mafia on the Opera House in Palermo!