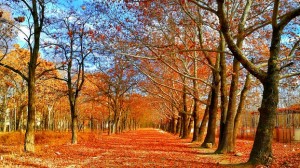 Autumn is crisp, it can be cold, it can be many things, but it’s the last signal of life before winter shuts everything down.

Georgy Sviridov’s Otchalivshaya Rus‘ (Russia Adrift) is a 1977 setting of the poetry of Sergey Yesenin, a poet of the Russian Revolution who was alternately loved and reviled, having some of his works banned by both Stalin and Khrushchev. His opening work in the 12-part song cycle is ‘Autumn,’ sets out the landscape of the approaching cold weather.

Sviridov: Otchalivshaya Rus’ (Russia Adrift): No. 1: Osen’ (Autumn)
Later in the cycle, he uses an owl as his focus. As the bird cries in the field, the poet, personified as a tree, sheds its leaves and only the ‘ringing stars’ will fill his ears once winter comes.

No. 10: Po-Osennemu Kïchet Sova (An Owl Cries in Autumn)
American composer Paul Moravec uses a flute to concentrate us on the gentle quietness of the season. Leaves may fall, the air grows colder, and the frenetic activities of summer gradually slow, and we are left in a pool of peace. 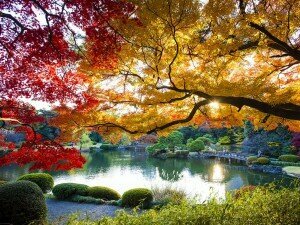 Rudolf Leberl, inspired by Bohemian folk music, created a 3-movement piece simply entitled Fallender Blätter (Falling Leaves) where each movement looks at a different aspect of the season –from a folk-music inspired setting to a chill rain on a stormy day, to the farewell of Nature as she prepares for hibernation.

Leberl: Fallende Blätter (Falling Leaves) : No. 3. Ernst
In a short work, written when he was but 16, Australian composer Peter Sculthorpe captures the brief life of a leaf on its trip from tree to the ground. 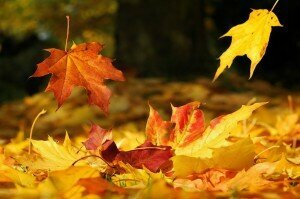 Beach: 4 Songs, Op. 56: No. 1. Autumn Song
Mark Rimple set a text of Paul Verlaine in his ‘Chanson d’Automne’ – it’s a song of loss where our lover is left in the end to go back and forth just ‘as the winds blow a dead leaf.’ 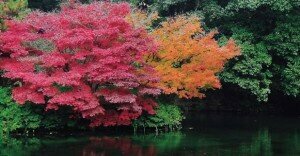 After all that sadness of falling leaves and chill rains, we return to Astor Piazzolla. In his arrangements of Piazzolla’s Las 4 Estaciones porteñas (The Four Seasons of Buenos Aires), Russian composer Leonid Desyatnikov allied them more closely with Vivaldi’s famous seasonal violin concertos by arranging Piazzolla for violin and strings. Cadenzas from both cello and solo violin bring contrast to Piazzolla’s knife-like style.