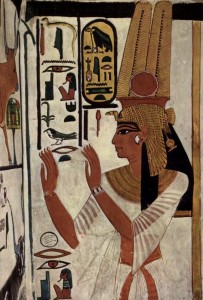 The song Misirlou first hit the airways in 1927 and went on to capture an international audience. From this recording, which found its popularity in the US in the Greek/Armenian diaspora of the 1920s, started to appear in recordings of people from many different backgrounds. The title, which is the feminine form in Turkish for ‘Egyptian’ has transcended the meaning and now, to our ears, is simply an exotic-sounding song.

The original 1927 recording gives us the basis for the song as we now know it – the recording was by Tetos Demitriades, made for Columbia in the US, with no credit for a writer as it was regarded as a traditional song.

It was then recorded in 1930 in Greece by Michalis Patrinos, returning the song to the source. This seems to be a step backward from the 1927 version. Patrinos, however, is, from this point forward, credited with the song in Greek recordings. The music became a favorite of belly-dancers due to its familiarity with western audiences.

The Greeks who settled in the Southern United States performed the song, as recorded by a WPA project in 1939.

Outside Greece, writing credit is given to Nick Roubanis, who released a jazz version in 1941. He also cleaned up the song, working on the key and giving the melody the ‘Oriental’ sound we know it for today.

During the 1940s, it was recorded by many of the big bands: Harry James, Charlie Ventura, and with English lyrics, by Woody Herman, among others.

In 1946, Jan August and the Rhythm Stylists issued their recording, which went to number 7 on the Billboard charts.

It was Dick Dale’s recording in 1962, however, that brought it up into the rock era and out of the ‘easy listening’ category. It is said that this song was Dale’s response to a fan’s bet that he couldn’t play a song with only one string of his guitar – the melody of Misirlou, however, was perfect.

Other rock groups, including the Beach Boys and the Ventures, took up the song, but it was Dick Dale’s surf-rock version that moved forward in history.

Its next appearance was in 1994 in the film Pulp Fiction, in Dale’s version and returned it to the airwaves.

In the year 2000, the Kronos Quartet took up the melody (and a drummer) for their version of it, entitled Misirlou Twist. This work, arranged by Osvaldo Golijov, also includes a bit of Ernesto Lecuono’s Andalucia Suite at the end. 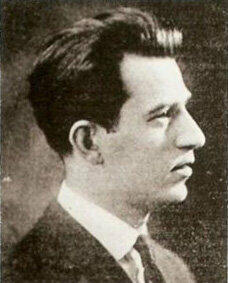 Misirlou Twist (Kronos Quartet; Martyn Jones, drums)
What started out as a love song transmuted into a longing for one’s home country, then became a bit of ‘exotic’ easy listening, before making it into the pop scene with Dick Dale’s surf charged version. It still remains, however, highly recognizable.

The Black Eyed Peas version in their song ‘Pump It’ from 2005 seems to move it in all directions: their direct sample of Dick Dale’s version to their inclusion of belly-dancer moves in the fight scene could be read as making reference to the entire history of the song!

Or what to do with your cello on vacation….