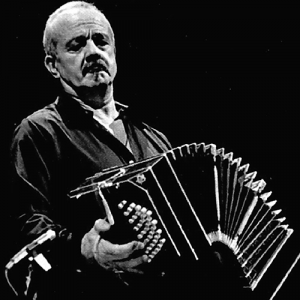 In the last article in this series, we looked at how Tan Dun turned to his roots for inspiration when composing his first composition. In the same manner – though around four decades earlier – the Argentinean composer Astor Piazzolla was experimenting with composing music inspired by the tango, a dance representative of his hometown.

From an early age, Piazzolla had been exposed to tango music as well as jazz and classical music, and began to play the bandoneon when he was eight. He joined the tango orchestra of the bandoneonist Anibal Troilo when he was just eighteen, started studying with Argentinean classical composer Alberto Ginastera at age twenty, digging into the music of Stravinsky and Ravel, and began piano lessons two years later. This led to him writing his first classical compositions. In 1946, Piazzolla formed Orquesta Típica, his own tango orchestra, which allowed him to experiment with orchestration and the tango style, but by 1950 he disbanded this and focused instead on finding a musical style beyond tango through studying more classical music and jazz. Four years later, he moved to Paris to study classical composition with Nadia Boulanger, having won a grant from the French government with his classical composition Buenos Aires Symphony in Three Movements. 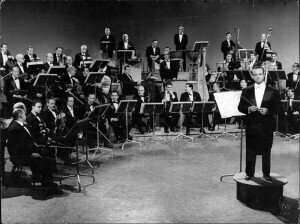 Piazzolla first avoided showing Boulanger his tango and bandoneon compositions, but eventually when he played his tango Triunfal to her, Boulanger urged him to pursue a musical career in tango as she recognised his talent. Perhaps one just cannot fight against one’s genes or disengage from one’s roots! He was thus inspired to develop a nuevo tango style – one that introduced new instruments such as the saxophone and incorporated both classical musical elements such as counterpoint and dissonance as well as jazz characteristics such as improvisation – that eventually formed the basis of his success.

Before becoming successful though, Piazzolla struggled with making ends meet, and it was during a particularly trying tour in Central America in 1959 when he learnt of his father’s death. This triggered a bout of depression, and upon his return to New York after the tour he composed Adíos Nonino as a tribute to his father. As his son Daniel recalled,

“Dad asked us to leave him alone for a few hours. We went into the kitchen. First there was absolute silence. After a while, we heard dad playing the bandoneon. It was a very sad, terribly sad melody. He was composing ‘Adiós Nonino’.”

Adíos Nonino features the rhythmic and harmonic elements of Piazzolla’s earlier composition Nonino (1954) that was also dedicated to his father, but Piazzolla added a highly improvisatory introduction that evokes an intense emotional struggle along with a passionately moving melody, creating an overarching sense of wistfulness and lament throughout the work.

And that is the enigmatic nature of music – it is something sincere, heartfelt and at times revealing.