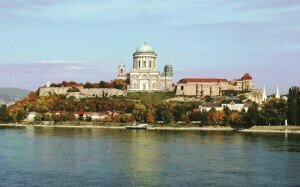 Picturesquely located on the banks of the Danube River, the ecclesiastic basilica at Esztergom is Hungary’s largest church. Stephen I of Hungary erected the foundation of the present building between 1001 and 1010. Various fires and destructions by foreign powers over the century reshaped the architectural structure, and in 1820 it was decided to fully restore the church and make it the seat of the archbishop. The architect Pál Kühnel started work in 1822, and by 31 August 1856 the upper church was completed. 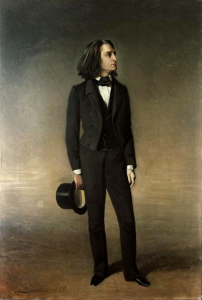 The consecration ceremonies featured the premiere of the Miss Solemnis by Franz Liszt, who also conducted this first performance. Liszt commented, “[The music] sprang from the truly fervent faith of my heart, such as I have felt since my childhood. Genitum non factum [begotten not made]. I can truly say that my mass has been more prayed than composed.” 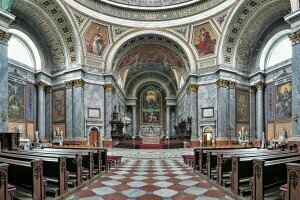 In 1856, Liszt had returned to Hungary after nearly a decade abroad as a national hero. A number of critics suggested was his Missa solemnis as a cynical attempt on the part of the composer to promote his popularity and, what was worse, to undermine sacred music with the chromatic confusions and far-too-worldly implications of the New German School. As he himself commented, “I am being accused of smuggling the “Venusberg” into church music. However, “for all of his earthly passions, Liszt long nurtured a deep respect for Christianity and a mystical understanding of his mission as a composer.” Already in 1834 he had authored an essay entitled, “On the Future of Church Music,” in which he called for a new kind of musical composition to “unite on a colossal scale the theater and the church.” Divided into the traditional liturgical sections and united by a number of important musical ideas that appear in various movements, the Missa solemnis represented Liszt’s first large-scale attempt at just such a colossal work.