In Tune Arts
Music, art and literature and the Great War: Part I
by Ursula Rehn Wolfman June 14th, 2014 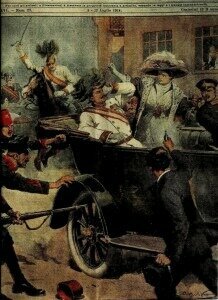 2013 saw the celebrations of Verdi’s and Wagner’s bicentennials, the centennial of Benjamin Britten’s birth and of Stravinsky’s ‘Rite of Spring’. 2014 marks a more somber centennial — of the outbreak of the Great War following the assassination of Archduke Franz Ferdinand, the presumptive heir to the Austro-Hungarian throne, and his wife, Sophie, on June 28, 1914 in Sarajevo. This event became one of the catalysts of the Great War, as nation after nation would slide towards the inevitable. The recently published book, ‘The Sleepwalkers’, by the British historian Christopher Clark is one of the best detailed accounts of the events leading to war. The Great War would unleash such terror — endless carnage in the trenches, gas attacks, shellshock — and would result in the lost generation of those fighting these battles. Having grown up on the French/German border, I remember visiting the haunting battlefields of Verdun, with the endless rows of crosses, the ossuary filled to the brim under the main memorial, and the earth so saturated with metal, that fifty years later, still nothing would grow — trees and bushes distorted, unable to reach their full heights.

As part of the centennial commemoration, many concerts in Europe and the United States, billed as ‘peace’ concerts, are planned — one of the most significant will be the concert by the Vienna Philharmonic in Sarajevo, Bosnia and Herzegovina, on June 28, 2014 playing the music of Alban Berg, a soldier in the Austrian army and Maurice Ravel, an ambulance driver for France who served near Verdun. Many writers, painters and musicians fought as patriots on opposite sides, and many of their formerly ‘international’ artists’ associations dissolved, such as the German Expressionist group ‘Der Blaue Reiter’ in Munich, which had included the Russians Wassily Kandinsky and Alexej von Jawlensky and the Germans Gabriele Műnter, Franz Marc and August Macke. Kandinsky and Jawlensky were then considered enemy aliens and were expelled from Germany.

With the fall of empires, a changed Europe would present a very different world to musicians, painters and writers. Its impact in France will be illustrated in this article (Part I of two). As mentioned above, many artists considered it their patriotic duty to fight for their respective motherlands. Lucien Durosoir, violinist and French composer, expressed this sentiment in many letters to his mother, while confronted daily with death on the front, but seeing this sacrifice essential to save his country and its children. His path crossed that of Maurice Maréchal, one of the best-known cellists of the first part of the 20th century, as well as the composer André Caplet, a friend and orchestrator of Claude Debussy’s compositions. Rumors of their extraordinary talents reached the French Commanding General Charles Mangin, a music lover, who considered these artists ‘national treasures’ of such importance that he took them under his protection and kept them away from the front, out of harm’s way. Lucien Durosoir remarked later that the violin had saved his life.

The Belgian violinist and composer, Eugène Ysaÿe, at 56 years of age, had decided to remain at his villa near Oostende (his three sons were already in uniform), but after Belgium mobilized its troops and with the advance of the German army, he decided to leave his villa and join the army — leaving the following note at the door: “This establishment belongs to an artist who lived and worked in the cult of Bach, Beethoven and Wagner”. He gave many violin recitals for the soldiers, reminding them that although faced by death, classical music transcends the horrors of war and through its beauty, hopefully would facilitate supreme universal reconciliation, and would help avoid war in the future. 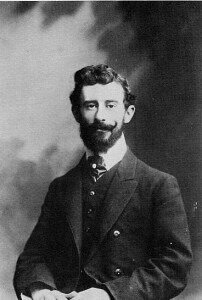 Maurice Ravel also volunteered to join his country’s army, but his small size and weight precluded active service. He was eventually taken on as an ambulance driver, transporting the injured to St. Jean-de-Luz. His composition ‘Le Tombeau de Couperin’, written between 1914 and 1917, in six movements, is dedicated to the memory of friends who had died fighting. The title ‘tombeau’ (tomb) of this composition is not only considered here as a memorial to his friends, nor is it just a remembrance of the great 17th century French composer François Couperin, but it also pays homage to the sensibilities of the French keyboard suites in which Couperin excelled. 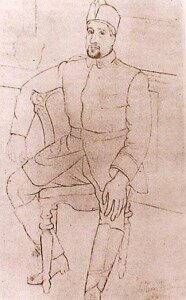 The poet, novelist and writer Apollinaire (1880-1918), here shown injured in a sketch by his close friend Picasso, was one of the most popular members of the circle of cubist and surrealist (a term that he had coined) writers, painters and musicians living in Montmartre and Montparnasse at the time – which included Max Jacob, André Derain, Blaise Cendrars, Pierre Reverdy, Erik Satie, Marc Chagall and many others. Apollinaire wrote the program notes to the ballet production ‘Parade’, by Jean Cocteau and Erik Satie. In his poem ‘La Colombe Poingardée et le Jet d’Eau’ (The Stabbed Dove and the Fountain of Water – note here that the form of the poem replicates its title) Apollinaire laments the absence of his friends who had left for the front – ‘Where are my friends, Braque et Marc Jacobs, Derain with grey eyes and Raynal Billy Dalize’ — the fountain weeps and cries his own pain – Night falls/ Oh blood-drenched sea/ in gardens the laurel rose flower of war bleed in abandon’. 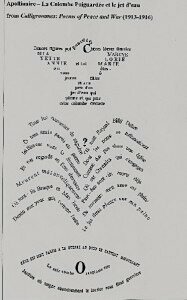 Apollinaire’s collection of poems ‘Calligrammes – Poems of War and Peace’, written between 1913 and 1916, was published after his death. He had suffered a severe head wound early in the war, and in his weakened state, died of the Spanish Influenza in 1918.

In next month’s issue, Part II will address the implications of the Great War on the German and Austrian writers, painters and musicians.