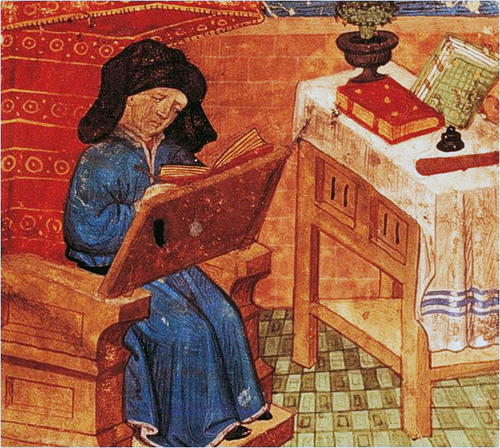 The Roman Liturgy consists of texts and rites that make up a sacred service. One form of service, inherited from ancient Jewish practices, developed into the liturgy of the Divine Office, also known as the Canonical Hours. The Divine Office — first codified by St. Benedict around 520 — is celebrated every day at specified times by clergy and members of the religious order. The ritual commemoration of the Last Supper of Jesus and his disciples as recounted in the New Testament, on the other hand, was the foundation of a liturgy that became the Mass. The parts of the mass whose texts vary according to the church calendar are called “proper texts,” those who remain the same throughout the year are called “ordinary texts.” In music, ordinary texts are identified by their first words, “Kyrie,” “Gloria,” “Credo,” “Sanctus,” and “Agnus Dei.” The “Kyrie” is a threefold musical invocation of the Greek words “Kyrie eleison” and “Christe eleison” (Lord have mercy, Christ have mercy) derived from Byzantine practices. 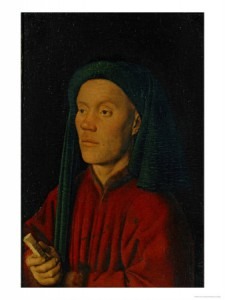 The chants of the Roman Church are one of the great treasures of Western civilization. Like Romanesque architecture, they stand as a memorial to religious faith in the Middle Ages, and, like architecture, they embody the sense of community and esthetic sensibility of the time. Around 1000 AD, European polyphony rose from the earliest harmonization of the chant, and achieved a complex level of sophistication by the twelfth century. Guillaume de Machaut (1300-1377), one of the finest French composers and poets of his time, is credited with the earliest setting of the ordinary of the Mass as a whole. La Messe de Nostre Dame is based on a borrowed phrase from Roman chant, which is musically used as the “cantus firmus” (firm ground). 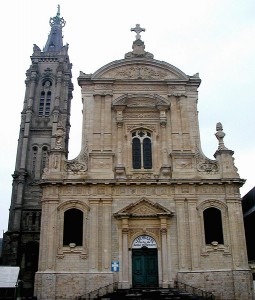 Masses based on a “cantus firmus” — most commonly taken from Gregorian chant and sounded in the tenor voice — became the compositional norm in the early 15th century. However, secular melodies were also used with some frequency. Most famous among them was the French secular song L’homme armé (The armed man). Possibly originating during the fall of Constantinople to the Ottoman Turks in 1453, the melody became the basis of roughly 40 different musical settings of the Mass ordinary.

The Franco-Flemish composer Guillaume Dufay (1397-1474), who spent much of his life at Cambrai Cathedral, is generally considered the creator of the L’homme armé Mass. One of the most influential composers of the 15th century, his music was eagerly copied by hand and distributed throughout central and southern Europe. In all, Dufay composed seven complete Mass settings and 28 individual Mass movements. In addition to various sacred works, including hymns, motets and Marian antiphons, he also composed 87 secular chanson settings. A large number of musical settings of the Ordinary of the Mass during the Renaissance, however, used no pre-existing musical material. These compositions are known as Missae sine nomine (Masses without a name).