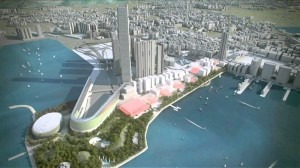 After nearly 20 years of dilly-dallying, Hong Kong finally got rid of a construction project it never understood nor wanted! I am talking, as you might have guessed, about a dedicated 21st century concert hall at the West Kowloon Cultural District. This development project, located on reclaimed land on the waterfront west of Yau Ma Tei, originally was supposed to feature a new museum of visual culture, theatres, concert halls and other performance venues. The early project proposals ran into problems as property developers questioned the need for all that “cultural stuff,” and wanted to build high-rise luxury condominiums instead. 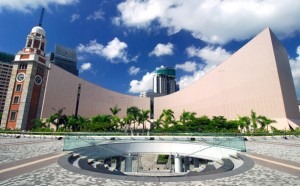 Under the guise of criticism for an imagined canopy structure, the Hong Kong government invited a three-month public consultation, which in Hong Kong speech means “lobbying by companies with sufficient financial influence.” After a number of “Public Engagement Exercises,” most appropriately translated as “wrangling to make sure the right people financially benefit from the project,” a workable design was internally agreed upon. That is, until 23 December 2016, when Carry Lam—then chair of the West Kowloon Cultural District Authority, but now chief executive of the Hong Kong Special Administrative Region—announced that the concert hall would have to make way for a new Hong Kong Palace Museum! 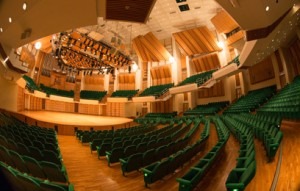 Funded to the tune of HK$3.5 billion by the Jockey Club—the government designated gaming monopoly in Hong Kong—visitors will now be treated to a Hong Kong style variant of its namesake cousin located at the Forbidden City in Beijing. The signing of that deal was among the first items on President Xi Jinping’s agenda when he visited Hong Kong on 1 July 2017, during the 20th anniversary celebrations of HK’s return to the motherland. Hong Kong needs another museum just as desperately as Paris needs another Disneyland! The Hong Kong Philharmonic, in the hands of Maestro Jaap van Zweden has rightfully become one of the hottest items on the international orchestral stage! De Telegraaf even suggested, “Many European orchestras wish they could play like this.” 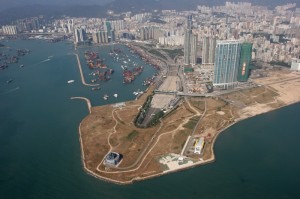 Instead of providing the HKPO, visiting artists, and appreciative audiences with a 21st century performance space, they remain banished to the tired stage of the HK Cultural Center. Ironically, this ill-conceived plan comes at a time when cities all around the world are reinventing their heritage into meaningful and profitable cultural performing properties. When push comes to shove in cultural matters, trust Hong Kong to do the Hong Kong thing and fall flat on its face! And with the vast majority of the millennial generation advertising mental vacancies on account of having to manage their busy social-networking schedule, this half-baked government scheme of re-educating young citizens actually has a very good chance of success.