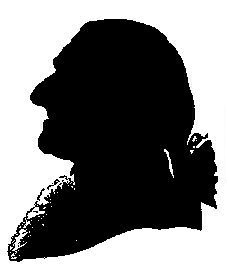 The city of Mannheim, picturesquely located at the confluences of the Rhine and Neckar Rivers, was not only home to one of the best orchestras in Europe, it was also a thriving center for religious music. Much of the music composed for the Mannheim cathedral came from the pen of Viennese-born Ignaz Holzbauer. Holzbauer had studied with Johann Joseph Fux, and held musical posts with Count Thurn of Laibach and the Count Rottal in Moravia before becoming Kapellmeister in Stuttgart. He joined the Mannheim court of Elector Karl Theodor in 1753, and remained in his service for roughly twenty-five years. When Mozart and his mother arrived in Mannheim, Holzbauer immediately became a significant contact and Mozart was quickly able to experience his music. On 4 November 1777 Mozart writes to his father “I heard a mass by Holzbauer. He is a good composer, he has a good church style, he knows how to write for voices and instruments, and he composes good fugues.” Incidentally, when Mozart and his mother continued their onward journey to Paris in 1778, Wolfgang composed nine insertion/substitution for a Miserere by Holzbauer, which was commissioned by the Concert Spirituel. Regrettably, these compositions have not survived.

Holzbauer composed nearly 150 symphonies, 50 chamber compositions, 4 ballets and 30 Latin Mass, but he is predominately known for his Singspiel Günther von Schwarzburg, the first serious attempt at setting Opera to German texts. Mozart attended a performance on 5 November 1777 and reports, “Holzbauer’s music is very beautiful, but the poetry is not worthy of such music. What surprises me the most is, that so old a man as Holzbauer should still have so much spirit, for the opera is incredibly full of fire.” In 1773, Mozart composed incidental music for the play Thamos, King of Egypt, written by Tobias Philipp. The play premiered at the Kärntnertortheater in Vienna on 4 April 1774, but it is not certain that Mozart’s music was used. We do know, however, that it was included in a performance in Salzburg in 1776. Following his sacred and operatic experiences in Mannheim, Mozart apparently revised the three choruses, and the final versions emerged for a performance in Salzburg in 1779.

Mozart, of course, was a master of all things theatrical, which not only included grandiose and dramatic choruses, but also emerged in his commanding sense of lyricism. And Mannheim was full of beautiful young women singers who provided the young composer — who clearly was imminently interested in the members of the fairer sex — with a steady stream of lyrical opportunities. Among them was Elisabeth Augusta Wendling, daughter of the Mannheim flautist Johann Baptist Wendling. Augusta, commonly known as “Gustl” was an able soprano who had turned down a marriage proposal from Johann Christian Bach, a fact that provided much amusement to the young Mozart. Soon after his arrival in Mannheim, he received two French texts from “Gustl” and quickly composed a pair of charming songs — more properly classified as ariettas with piano accompaniment. 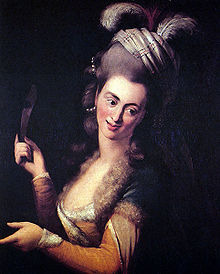 During his stay in Mannheim, and indeed for most of his life, Mozart was constantly in need of money. To supplement his meager income he began to give music lessons to the sons and daughters of the Mannheim musical establishment. And so it came to pass that he was introduced to the four daughters of the Weber family. Aloysia Louisa Antonia Weber not only became Wolfi’s student, she almost certainly become his lover as well. At the time of their meeting, Aloysia was already a well-known soprano, and Wolfi told his father that she was certainly capable of being a leading diva. On 28 February 1778 he writes, “For practice I have set to music the aria “Non sò d’onde viene.” When it was finished, I said to Mlle Weber: ‘learn the aria yourself. Sing it as you think it ought to go; then let me hear it and afterwards I will tell you candidly what pleases and what displeases me.’ After a couple of days, I went to the Webers and she sang it for me. I was obliged to confess that she has sung it exactly as I wished and as I should have taught it to her myself. This is now the best aria she has; and, it will ensure her success wherever she goes.”

Wolfi was eager to marry Aloysia, and he also proposed to accompany the aspiring “prima donna” on a concert tour to Italy. Not surprisingly, Leopold was not amused and ordered Wolfi to immediately depart for Paris. This forced separation prompted Aloysia to write a touching letter to Wolfi. “My Dearest Wolfgang Amadé Romatz: Have you and your mother arrived safely in Paris yet? I hope this letter finds you well and warm. How unlike my sad heart! It is so cold since you went clattering off in that black carriage. Would that either of us had the power to extend Carnival Season for a whole year, or even another month! Amadé, I wonder if you are thinking of me…I know you would have me just melancholy enough to show my love for you, but not too sad to sing. Sometimes when I sing, it feels like all the distance between us disappears.” When Mozart returned from Paris several months later, Aloysia was no longer interested. It was reported that, “when Mozart entered, she appeared no longer to know him, for whom she previously had wept. Accordingly, he sat down at the piano and sang in a loud voice, “Leck mir das Mensch im Arsch, das mich nicht will” (The girl who does not want me, can kiss my ass). Nevertheless, Mozart composed a total of eight concert arias for Aloysia, and of course, he eventually married her sister Constanze!

With Mozart’s departure for Paris, we will also take a short leave from Wolfi in order to focus on Richard Wagner and Giuseppe Verdi, our big birthday boys for 2013. Never fear, however, Wolfi’s music and the compositions of his contemporaries will return in due time, as we still need to explore his time spent in Paris, Munich, Italy and Vienna.