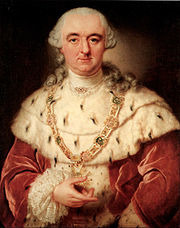 Wolfgang Amadeus Mozart first visited the city of Mannheim — a little side trip after a performance in Munich — in 1763. Accompanied by his parents and his sister Nannerl, he only stayed for a couple of days before the entire entourage departed for Vienna. Fourteen years later, Wolfi was unhappily employed as Concertmaster in Salzburg. He desperately wanted to leave provincial Salzburg behind and secure a post at another court. While Daddy Leopold stayed in Salzburg to provide for his family, Wolfi and his mother departed for Paris. After a short stay in Munich they arrived in the city of Mannheim and unintentionally stayed for almost five months. Under the Lector Carl Theodor, an enlightened ruler with a strong interest in philosophy, science and the arts, the court at Mannheim had flourished into one of the most important intellectual centers in Europe. Although an important patron of the Arts and literature, Carl Theodor’s central interest was music and he spared neither effort nor expense to engage a number of exceptional musicians, who all played in the incomparable orchestra led by Christian Cannabich. 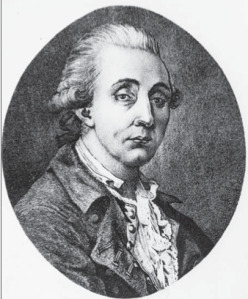 Mozart reports to his father, “Cannabich is the best conductor I have ever seen, he is both loved and feared by his subordinates, respected by the whole town, as are his soldiers.” Mozart, of course, was not alone in his praise of the Mannheim musical establishment. In his highly influential publication The Present State of Music in Germany, the Netherlands and United Provinces, Charles Burney compared the Mannheim Orchestra to an army of generals, “equally fit to plan a battle as to fight it. Indeed there are more solo players, and good composers in this, than perhaps any other orchestra in Europe.” And in probably the most glowing description of the Mannheim court orchestra, the aesthetician C.F.D. Schubart recalled that listening to the orchestra “one believed to be transported to a magic island of sound. Its forte is like thunder; its crescendo like a mighty waterfall; its diminuendo a gentle river disappearing into the distance; its piano a breath of spring.” It was Johann Stamitz — actually born Jan Václav Antonin Stamic in Bohemia — who initially introduced many of these striking dynamic effects and dramatic contrasts. The Mannheim court appointed Stamitz musical director in 1742, a position he held until his untimely death at the age of 39 in 1757.

The D-major Symphony by Johann Stamitz not only features powerful scoring and an ingeniously flamboyant treatment of the orchestra, it also exhibits a variety of musical mannerisms associated with the Mannheim court Orchestra. The first movement opens with the famous musical “hammer blows” in unison and octaves — actually a device originating in early Italian Symphonies — and quickly proceeds to present the “Mannheim Steamroller.” This device, essentially a finely controlled orchestral crescendo, begins softly with string and horns over a gently pulsating bass-line, with the music gradually building to a fortissimo outburst by the full orchestra. Contemporary eyewitness report that, “this electrifying effect caused audiences to spontaneously rise from their seats.” These mannerisms must certainly have made an impression on Wolfi as well, as is immediately apparent in the first movement of his Sinfonia Concertante, K. 364, composed shortly after his departure from Mannheim. It not only opens with the famous “hammer blows” but the “Steamroller” infuses a sense of forward momentum and drama to many of the orchestral passages of this movement.

Probably the most famous and most widely imitated musical mannerism originating with the Mannheim court Orchestra was the “Mannheim Rocket.” Essentially a swift upward arpeggio theme rising through several octaves that was combined with a crescendo, it probably originated in the Italian opera overtures by Niccolo Jomelli and Baldassare Galuppi. The role of Mannheim, as has been pointed out repeatedly, “may best be described as the adaptation and extension of the dramatic Italian overture style to the concert symphony.” Be that as it may, the “Rocket” distinctively opens the concluding movement of the D-major Symphony by Johann Stamitz.

This musical device was widely imitated and Mozart extensively used it in the 4th movement of his Symphony No. 40. However, the “Mannheim Rocket” was also launched in different genres, most prominently in the first movement of Beethoven’s Piano Sonata No. 1, and even in the opening movement of Franz Schubert’s “Trout Quintet.”

While Mozart eagerly observed the pioneering musical efforts of the Mannheim Orchestra, which included unified bowing and the employment of a dedicated conductor, he was most impressed by the Orchestra’s independent treatment of wind instruments. He also fell in love with oboes and clarinets, while further cultivating his dislike of the flute. I tell you more about these relationships in our next episode.