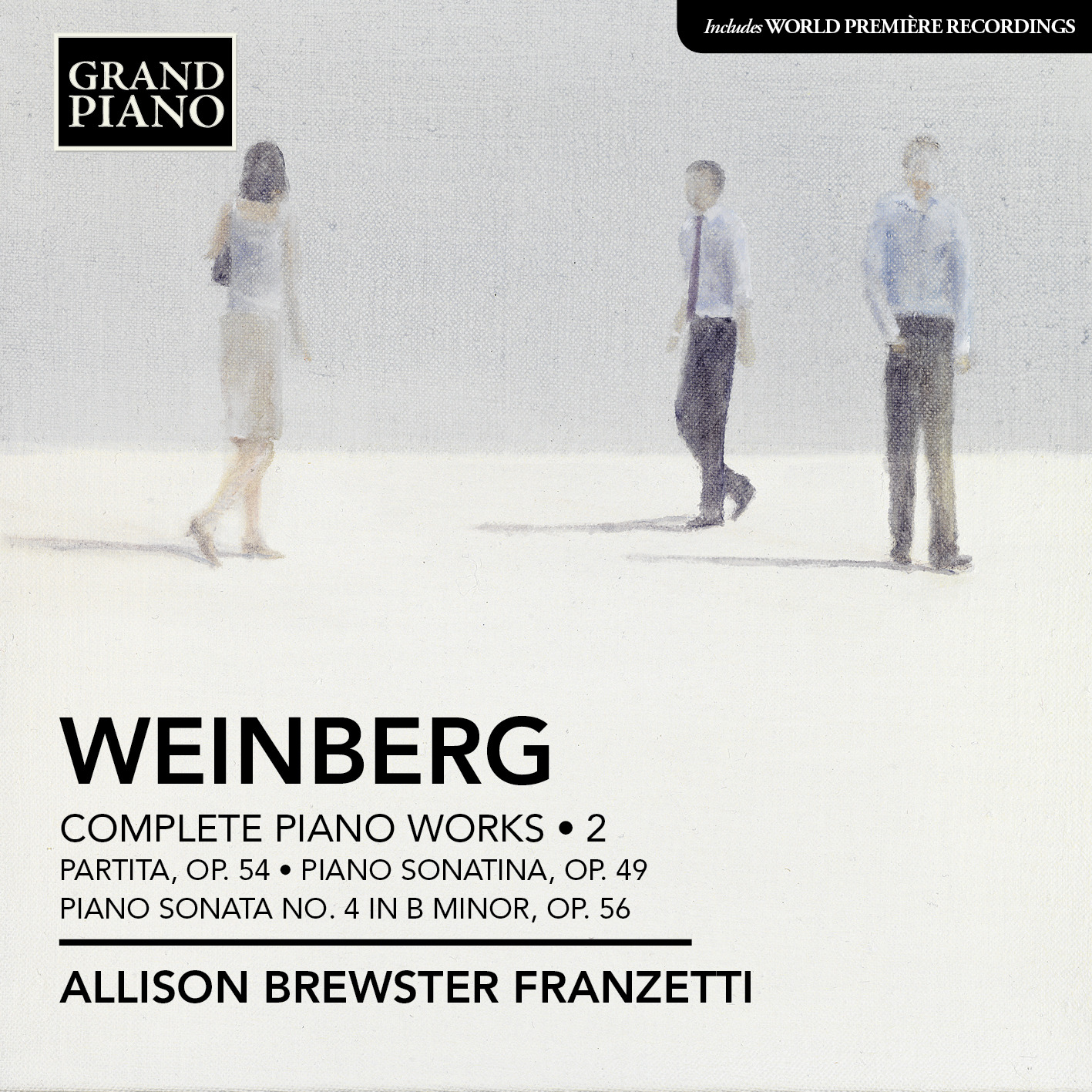 This second volume of the complete piano works ranges in date from 1950–55. The Partita is notable for its alternation of the intimate and the intensely dramatic, whereas the Sonatina is lyrical, though never straightforward. The Piano Sonata No 4 fuses folk inspiration, rhythmic vivacity and melancholy in a profoundly personal way.

Mieczysław Weinberg was born in Warsaw, where his father was a composer and musical director at a Jewish theatre. As a Jew Weinberg was forced to flee from his native Poland after the German attack in 1939; he found refuge in the Soviet Union and studied composition in Minsk with Vassily Zolotaryov, a disciple of Balakirev and Rimsky-Korsakov. With the support of Shostakovich he was eventually able to settle in Moscow, and was saved from Stalin’s persecution and arrest in 1953 thanks to Shostakovich’s intervention and Stalin’s timely death. He was a close friend of both Shostakovich and Myaskowsky.

Weinberg was a prolific composer, writing in a style akin to that of Myaskowsky and Bartók; however, he was not always given the support and performances he deserved. His orchestral works include 25 symphonies, some with soloists or chorus, as well as symphonic poems. There are various concertos for cello, violin, trumpet and flute. His chamber music includes four viola sonatas, four cello sonatas, two violin sonatas, and 17 string quartets.