Tradition is not the worship of ashes, but the preservation of fire 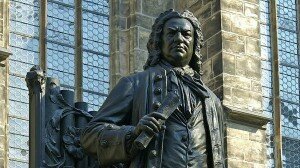 A sense of reverence seems to haunt every corner of Classical Music. The artform is considered the very pinnacle of man’s artistic, intellectual and spiritual achievement, rather than one art amongst many, and certain composers, works and artists enjoy such an elevated position that mere mortals often fear to approach or reproach them.

Such an attitude can alienate potential concert goers, who fear that they may not “know enough” or are not sufficiently “educated”, to appreciate or enjoy classical music. At concerts, I regularly meet people who are clearly intelligent and culturally aware who enthuse about the music they have just heard and then apologise for “not really knowing enough about it” (the fact that these people can explain the things they liked about the music – details of melody and structure, its emotional impact and the way it transported them to another place – demonstrate to me that they fully appreciate the art form!). And at least those people actually went to the concert; sadly, many are too intimidated by the reverence surrounding classical music to even step inside a concert hall for fear of doing something wrong or appearing ignorant. 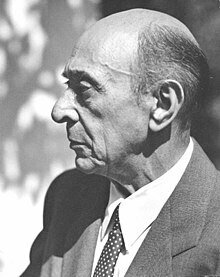 The ingrained rituals of the classical concert, which are themselves an aspect of reverence and are used by some to maintain the aura of specialness, exclusivity, and gravitas, often preclude people from sampling classical music because they are nervous about how to behave, what to wear, and when to applaud. I remember once attending a Catholic wedding and it was so far removed from the Anglican ceremony that I spent most of the proceedings wondering what on earth was going on, while others around me seemed totally at home with it all: I imagine newcomers to classical music often feel like this.

In concerts, reverence can limit programming: with a bias towards the “great works”, lesser-known composers and music, in particular contemporary music, may be overlooked or excluded, thus denying audiences the opportunity to experience the wilder shores of the repertoire or sample brand new music.

Schoenberg: Gurrelieder – Part I: Orchestral Prelude
Wagner: Tannhauser – Overture
Reverence also breeds prejudice: mention Wagner and you are adored by one group; mention Schoenberg, and you’re disdained by another; mention Minimalism, and another group rolls their eyes. Certain composers are untouchable, beyond criticism, fetishized even – Bach, Mozart, Beethoven, Wagner and Mahler being examples which immediately spring to my mind. Of these, Bach in particular enjoys especial veneration: cycles of Bach’s works are not “performances”, they are “journeys”, “voyages” or “pilgrimages”.

The classical musician’s training is largely still about preserving tradition and the reverential “canonization” of repertoire: we’re taught from a young age that Bach, Mozart, Beethoven, Brahms, Tchaikovsky, Wagner, Mahler…. are the “great” composers. Revering the music in this way can create problems when learning and playing it: for pianists, as for other musicians, certain works – the Goldberg Variations, Beethoven’s last piano sonatas, the great piano concertos, for example – have an elevated status on a par with the works of Aristotle, Shakespeare or Dickens. We hold the music in such awe, carrying the weight of its history, its heritage, the long line of great musicians who have played it, and feel such a tremendous responsibility to these “great works” that our creativity, artistry and personal interpretation may be stifled. The music is imbued with notions of ‘greatness’ even though the player might not actually be feeling it intuitively nor actually believe in it. I’ve experienced it myself, in particular with works by Beethoven and Chopin, and I’ve observed people on piano courses whose reverence towards the music gets in the way of their enjoyment of it.

Respect the music, for sure, but don’t revere it: that prevents us from getting right to the heart of the music and experiencing – and, more importantly, enjoying it – in all its myriad variety.