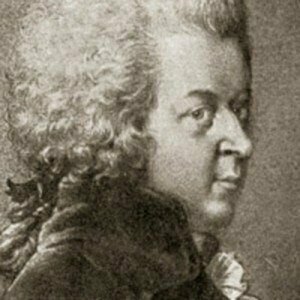 In a letter to his father, Wolfgang Amadeus Mozart made a reference to a seven-member Italian opera troupe visiting Vienna. That troupe arrived in the Austrian capital during Lent 1783, and first performed on 22 April 1783 in Antonio Salieri’s opera La scuola de’ gelosi. Mozart writes, “Now the Italian opera has begun again here, and pleases people greatly. The Buffo is especially good, and he is called Benucci.” He also describes Nancy Storace, who after her divorce was singing under the name Signora Fischer. Mozart continues, “I have looked through easily 100 years, probably more librettos, only, I have hardly found one with which I could be satisfied; here and there, at least, there are many things to be changed and if a poet actually wishes to busy himself with this, he might find it easier to do a completely new one. We have here a certain Abbé Da Ponte as poet and this man now has his hands completely full with corrections for the theatre. He is obliged to write a whole new libretto for Salieri. That will not be finished in less than 2 months, and then he has promised to create a new one for me.” The Da Ponte libretto for Salieri was the opera buffa Il ricco d’un giorno. Since Mozart did not anticipate an early completion, he commissioned Giambattista Varesco to pen the libretto for The Goose from Cairo. And as we saw in my last article, Mozart was unhappy with the libretto and did not complete this work. 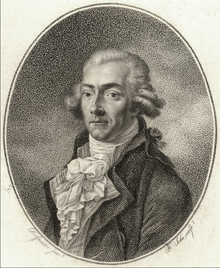 However, within the same year Mozart spent some time on the libretto of the comic opera Lo sposo deluso, ossia La rivalità di tre donne per un solo amante (The Deluded Bridegroom, or The Rivalry of Three Women for One Lover), which likewise remained unfinished. Intended for this specific Italian opera troupe, it was once thought that Da Ponte might have been the author of the libretto. However, it has since been established that the libretto was written by an unknown Italian poet for Domenico Cimarosa’s opera Le donne rivali. Composed for the Roman carnival season of 1780, the librettist may well have been Giuseppe Petrosellini, who probably was also the librettist for Mozart’s earlier opera La finta giardiniera. A simple two-act story, Bocconio Papparelli is a rich but stupid man, who is betrothed to the young Roman noblewomen Eugenia. In turn, Eugenia is in love with the Tuscan army officer Don Asdrubale. Papparelli’s naïve niece Bettina is also in love with Don Asdrubale, as is the virtuoso singer and dance Metilde. Also featured are Pulcherio, a friend of Papparelli and Gervasio, Eugenia’s tutor who is in love with Metilde. Set in a seaside villa near Livorno, there is much jealously and masquerades, but it is significant that the intended cast for Lo sposo deluso is identical to that of the first Le nozze di Figaro. And that included Benucci and Storace.

The manuscript libretto for Lo sposo deluso is in the handwriting of a Viennese copyist, with additions in Mozart’s own hand. In fact, Mozart expanded the number of characters in Le donne rivali from five to seven, and renamed the original characters. And as previously mentioned, Mozart entered the casting he envisaged in the list of characters. All that survives on the musical front is a 20-minute fragment. This includes an overture leading into a fast paced ensemble, and a trio featuring an extended lament from the participants and two single arias. Based on manuscript paper studies, Mozart bought the paper he used in the drafting of these numbers in July or October 1783. It is not entirely clear why Mozart abandoned the work, but difficulties with re-writing and adapting the libretto for the Viennese audience coincided with Da Ponte finally presenting Mozart with the libretto for Le nozze di Figaro. The first documented performance of material from Lo sposo deluso dates from 15 November 1797. Mozart’s widow Constance arranged for the overture and opening quartet to be performed in Prague during a concert highlighting the musical debut of her son Franz Xavier Mozart.