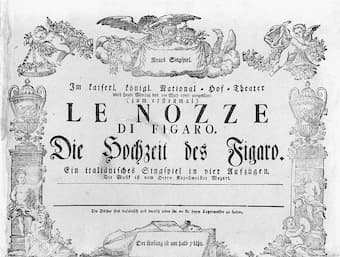 Mozart operas are filled with commedia dell’arte stock characters, scenarios and situations that provide the framework for jokes, buffoonery, and just plain silliness! Some famous stock characters of the commedia include a pair of young people suffering from a wildly exaggerated passion for each. We generally also find a number of bumbling and incompetent servants, greedy old misers and pompous old professors who stand in the way of the young peoples’ love. And let’s not forget the figure of the dim-witted and stuttering judge “Don Curzio” in The Marriage of Figaro. The judge only appears in the third act in which Marcellina and Bartolo recognize Figaro as their long-lost son. When Marcellina tries to explain to Susanna that she is really Figaro’s mother, Susanna has to go to each person in the room in turn, asking for confirmation of this astonishing fact, and then the procedure is repeated when Figaro tries to tell her Bartolo is his father. 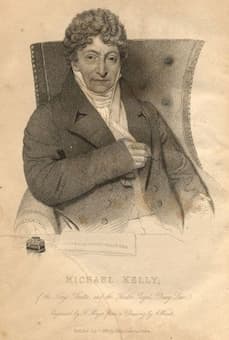 The Irish singer Michael Kelly took the role of “Don Curzio” in the very first production under Mozart’s direction. Apparently, Mozart wanted Kelly to stammer through the recitative, but then employ his normal singing voice in the following sextet. Being one of his favorite numbers, Mozart feared that it would spoil the music. However, Kelly would have none of it, arguing that he should stutter in the sextet as well to preserve the unity of the character throughout the scene. The discussion went to and fro, and in the end Kelly declared that he would sing the “stuttering judge,” or he would not sing at all! Mozart finally relented, and when Kelly gave his “stuttering” performance, the Emperor himself is supposed to have shouted “Bravo, Bravo”! Mozart, it is said, was overcome and delighted with Kelly’s performance and acknowledged that the performer had been correct, and he had been wrong. Speech disorders have long ceased to be a source of audience amusement, and I’ve never heard the “original stuttering judge” in live performance. Are we missing an essential part of the opera?