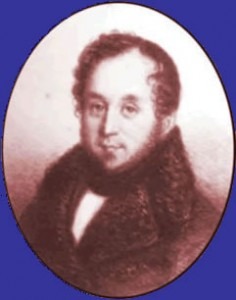 Of the three great impresarios of 19th century Italy (Domenico Barbaja, Alessandro Lanari, Bartolomeo Merelli), Lanari stands out as the one who commissioned the most operas that have lasted to this day: Gaetano Donizetti’s Lucia di Lammermoor and L’Elisir d’Amore, Vincenzo Bellini’s Norma and Beatrice di Tenda and Giuseppe Verdi’s Attila and Macbeth.

Lanari also deserves the prize for running the largest number of theatres between 1820 and 1850: Milan’s La Scala, Venice’s La Fenice, Naples’ San Carlo, Florence’s La Pergola plus the theatres of Verona, Mantua, Faenza, Padua, Arezzo, Ancona, Lucca, Senigaglia; and the list goes on. In an era when the country was crazy about opera, Lanari controlled more theatres than anyone else.

Born in a small town in the Marches region, he started early as an impresario of smaller stages until he moved to Florence where he took over not only the management of the main theatre, La Pergola, but also acquired a costume workshop. With painstaking attention to detail, deciding down to the number of sequins sewn on to dresses, Lanari built a major tailoring business, supplying costumes for rental and sale to theatres all over Italy and employing over 30 staff. 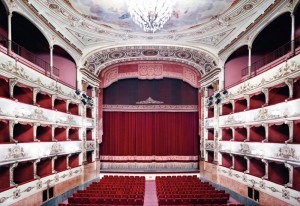 To this he soon added artist management, signing up and promoting the finest singers of the day, sometimes grabbing them away from competitive impresarios. His stable of artists included Maria Malibran, Gian Battista Rubini, Giuditta Pasta, Carolina Ungher, as well as the enormously popular French tenor Gilbert Duprez who is credited with developing the chest high C (versus the head high C), forever changing the way tenors sing. Lanari even opened a branch in Paris to supply his singers throughout the continent, and negotiated deals for his artists to perform in New York and Havana.
Controlling stages, artists and costumes put him in an unprecedented position of strength in Europe’s opera scene.

A notoriously tight-fisted micro-manager, his detractors called him an “avaricious pirate,” his powers of conviction were well known. He himself reported how he dealt with a famously lazy and unreliable baritone: “I’ve threatened him. I’ve caressed him. I’ve kissed him….I’ve played all kinds of tricks and I’ve managed against his will to make him sing this part exceedingly well…”

Eccentric as all impresarios, Lanari was known to receive visitors while soaking in his regular baths where he tried to ease the pain from kidney stones. Gilbert Duprez wrote that this provided the perfect venue for fee negotiations: “What? HOW much do you want for that season? How DARE you ask that from me? Can’t you see what condition I am in???!!!” 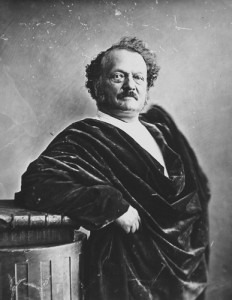 In a remarkably eventful life, Lanari endured not only the vicissitudes of over-emotional opera singers, capricious censors and theatre owners, but also survived an armed robbery by brigands (two of the bandits were less fortunate and were killed by Lanari’s escorts), adeptly dealt with the destruction by fire of La Fenice in 1836, the razing of the theatre of Senigaglia in 1838, and finally the tumultuous times of the 1848 revolutions. His organisational skills and relentless cost control enabled him to stay in business, even when he ceased being an impresario and focused on costumes and artist management until his death in 1852.

Lanari is often referred to by researchers as the perfect impresario, as he possessed the entrepreneurial spirit, artistic finesse, commitment to high productions values (stage sets and of course costumes), as well as the commensurate oversized personality. Unlike his nearly illiterate competitor Barbaja, Lanari left behind an enormous archive of correspondence, currently housed in the Central Library of Florence. No surprise, his contemporaries often referred to him as the “God among Impresarios.”