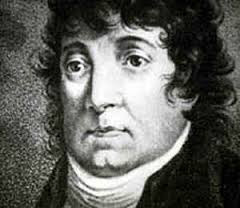 He has been called “one of the most talented theatre men of his era,” and we primarily know him for writing the libretto of Wolfgang Amadeus Mozart’s opera The Magic Flute. However, Emanuel Schikaneder was also an impresario, dramatist, actor, singer and composer who penned 56 libretti and 45 spoken-language plays. Born in Bavaria, Schikaneder received his initial education in Regensburg but quickly pursued his career in the theater. He joined the theatrical troupe of Andreas Schopf, and in 1775 presented his Singspiel Die Lyranten in Innsbruck. Schikaneder was the librettist, composer, and the principal singer, and he would showcase this unprecedented versatility throughout his career. From the outset, Schikaneder revealed that his theatrical ideals were raised somewhat higher than mere popular appeal. Thus his repertoire ranged from the popular Singspiel to more formal opera on the one hand, and from popular and spectacular drama to the works of the more respectable playwrights such as Shakespeare, Lessing, and Schiller. And his experience as actor, singer and impresario in the performance of works by others enabled him to utilize the same variety in creating his own works.

Schikaneder’s association with the Mozart family started in the autumn of 1780. His troupe stayed in Salzburg for several weeks, and he became a rather close friend of the family. He was a frequent guest at family picnics, and Wolfgang Amadeus promised to write a recitative and aria “Die Neugeborne Ros’ entzückt” for Schikaneder’s production of a Werthes play. When Emperor Joseph II invited Schikaneder to put on a series of performances at the “Theater am Kärntnertor” in 1784, he opened the season with a revival of Mozart’s Entführung aus dem Serail, and subsequently staged La fedeltà premiata by Joseph Haydn. However, when Schikaneder initiated a production of the play The Marriage of Figaro by Beaumarchais, the Emperor canceled the production at the last minute. He nevertheless continued to appear in the Shakespearian roles of Hamlet, Macbeth, Iago, and Othello at the Austrian Nationaltheather, and delighted Viennese audiences with his singing roles. Always a man of the ladies, Schikaneder sired countless illegitimate children, and eventually his wife Eleonore left him for Johann Friedel, taking half of his theatre troupe with them. Yet only a couple of years later the couple reconciled, and forming a new company financed by a Masonic brother of Mozart, took over the management of the “Theater auf der Wieden,” located in a suburb of Vienna. 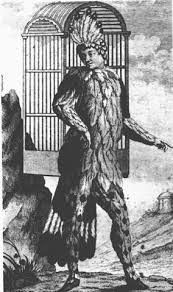 Schikaneder’s activities in Vienna centered on the development of the German Singspiel. To this end, his productions emphasized stage effects and spectacle that included “flying machines, trapdoors, thunder, elaborate lighting and other visual effects including fires and waterfalls.” Concordantly, he was very careful that the musical standards of his musicians and singers would be of the highest quality. His productions received overall positive reviews, frequently noting the high standard of the musical performance. Schikaneder put on a number of high-successful fairy-tale operas, all culminating in the 1791 premiere of The Magic Flute, with music by Mozart and the libretto by Schikaneder. Combining traditional fairy-tale themes with Masonic elements, Schikaneder also took the role of Papageno. As such, the production of The Magic Flute should be regarded only as part of a much wider field of his activity. Nevertheless, the production was a huge success and received over a hundred performances during its first few months, and Schikaneder continued to produce the opera for the rest of his career in Vienna.

Following Mozarts’s death, Schikaneder continued to write and produce works in which he played the main role. However, he also devoted his theater to classical music concerts, scheduling symphonies by Mozart and Haydn and inviting the young Beethoven to appear as a piano soloist. Although his productions were highly popular, the expenses of his elaborate productions were exorbitantly high as well, and together with a new investor purchased land for the construction of a new theater. The new venue, named “Theater an der Wien” opened in 1801 with a performance of the opera Alexander, libretto by Schikaneder and music by Franz Teyber. According to critics, “The new theater was the most lavishly equipped and one of the largest theatres of its age.” It also saw concerts entirely devoted to the works of Ludwig van Beethoven, the new musical superstar in town. Schikaneder urged Beethoven to compose an opera for him, and furnished the composer with an apartment and the libretto Vestas Feuer. Beethoven only managed to set the opening scene, which later became part of his 1804 opera Fidelio. When Fidelio premiered at the “Theater an der Wien,” Schikaneder was no longer in charge of the production. As his career spiraled downward, he sold the theater and eventually went insane. Having lost all his fame and fortune, he died a pauper in Vienna in 1812. Yet his theatrical legacy continues, as the “Theater an der Wien” successfully operates until this very day!