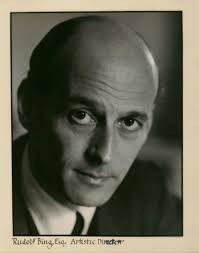 The opera stars of the1950s to 1970s have become household names: Maria Callas, Renata Tebaldi, Richard Tucker, Robert Merrill, Joan Sutherland and Franco Corelli. The names of the great impresarios of that time, however, remain largely in the dark. With one exception. Rudolf Bing. Correction, Sir Rudolf Bing.

The Austrian born impresario (1902) rose to fame on the back of his two decade reign of the Metropolitan Opera of New York. He gained global recognition beyond the opera world with his two memoirs, the unforgettable classic “5000 Nights at the Opera” and the slightly more forgettable “A Knight at the Opera.” He twice made the cover of Time magazine. 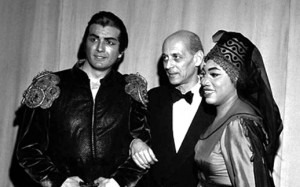 At the core, Bing was a micromanaging technocrat. He understood opera and its precarious finances better than anybody. From his beginnings as an operatic and theatrical agent in Vienna, he worked his way up the theatrical ladder through Darmstadt, Berlin and Vienna. Moving to England in 1934 to escape rising anti-Semitism in Germany and Austria, Bing joined Glyndebourne, the festival he led until 1949 with only some interruptions caused by the war. He also was one of the founders of the Edinburgh Festival. Bing then moved to the United States where he would preside over both the Old and New Met at a time of fundamental change in the way opera companies were run.

Taking over the Metropolitan Opera in 1950 (after a one year preparatory season in which he just observed), Bing started in an era of grand opera, when everything America did was on a Grand scale indeed. Not content with a full opera season at their Manhattan home, the entire opera company went on a seven week summer tour to the American heartlands. It was a massive exercise involving dozens of train wagons of costumes and equipment and over 300 staff including many disgruntled prima donnas. No wonder Bing likened the tour to the “the biggest thing after Barnum & Bailey, except that giraffes don’t get hoarse.” The Met also had the tradition of decamping the entire company to Philadelphia on selected Tuesday nights. 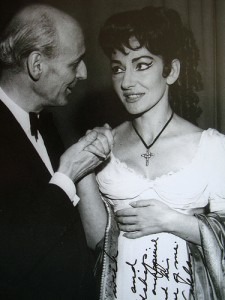 He soon set out to raise the artistic standards of the house, turn around its finances, and above all instil discipline to the formerly lackadaisically run theatre. He gave short shrift to singers who tried to pressure him, such as the popular Danish-American Heldentenor Lauritz Melchior, or those he considered artistically over the hill, such as soprano Helen Traubel. He replaced the latter with Kirsten Flagstad, in spite of her tainted political affiliations. So shortly after the war, he often needed to walk a fine line on his musical appointments, famously saying he would only consider “a mediocre Nazi who is an outstanding conductor,” but not the opposite. Nevertheless he hosted the politically controversial yet musically brilliant conductors Wilhelm Furtwängler, Karl Böhm and Herbert von Karajan.

He developed the still young art of opera telecasts, radio broadcasts and LP recordings (Columbia Records), and didn’t shy away from sprucing up performances, notably operettas, with a little help from the American musical theatre, accepting that the ‘Metropolitan Opera has a Broadway address.’ Indeed, the massive theatre occupied an entire city block on Broadway between 39th and 40th Street. 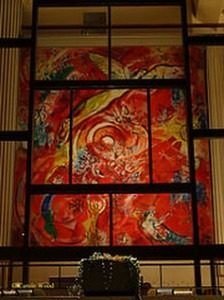 Chagall at the Met
Credit: http://www.weinerelementary.org/

Apart from the many battles he waged with unsympathetic critics, claqueurs and unions, he successfully faced off against a far more insidious and deep-seated enemy: racism. Announcing early he would run the opera house without racial prejudice, it took him five years to cast the first African-American in a major role, Marian Anderson as Ulrica in Verdi’s Ballo in Maschera. Once that line was breached, the flow of black talent on the Met stage seemed unstoppable. Leontyne Price became one of the most popular sopranos of the century after her debut as Leonora in a 1961 Trovatore. Martina Arroyo and Grace Bumbry became stalwarts of the Met.

But the Old Met was a house with tremendous technical and structural challenges, and completely inadequate backstage facilities. The board had decided to move to the newly developed Lincoln Center, and the Old Met had its final curtain in April 1966, with a roll-call of the greatest voices of the time: Giovanni Martinelli, Zinka Milanov, Robert Merrill, Nicolai Gedda, Jon Vickers, Renata Tebaldi and Birgit Nilsson were among the 57 artists chosen.

Glaringly absent was arguably the biggest name of the opera world, Maria Callas. In a much publicised spat, Bing had fired the diva in 1958 for breach of contract after she reneged on her obligations of alternating Lady Macbeth and Violetta in a short period of time. His terse commentary was classic Bing: “Madame Callas is constitutionally unable to fit into any organisation not tailored to her own personality.” Relations remained ice-cold for years, but Callas did make a triumphant return in 1965 in two sold-out performances of Tosca opposite Franco Corelli. But the spat made it clear: this was an era where the impresario dictated the terms, not the singers, no matter how famous they were.

Rudolf Bing shepherded the entire company to the new, custom built premises in Lincoln Center, and launched the new Met in September 1966 with the world premiere of Samuel Barber’s Antony and Cleopatra. The new theatre boasted state of the art stage machinery (which however proved both technically more challenging and much more expensive than expected), extensive storage and rehearsal space, and two massive murals by Marc Chagall.

While Bing was never a stranger to recruiting celebrated Hollywood and Broadway directors to take control of a production, he scored a true coup by recruiting Marc Chagall to produce the stage sets for the first Zauberflöte of the New Met, creating a production that saw eight revivals. He was also the first Met impresario to enlist the support of a corporate sponsor for a production, convincing Eastern Airlines to underwrite Karajan’s Ring cycle. 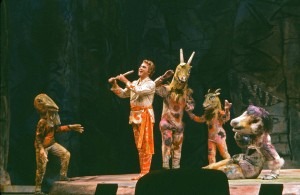 When in 1972, the now knighted Sir Rudolf Bing (he had become a naturalized British citizen) stepped down from the Met he could look back on a tremendous run. He had literally dragged the opera house into the modern era, but he also presided over a truly golden era of opera. Taking full advantage of the convenience afforded by modern jet travel, he combined the very best of the European culture and stages with the finest young talent he could find in the United States. He could conjure up Swedish über-soprano Birgit Nilsson, who he literally thanked on his knees for every visit, as well as James Levine, the young American conductor he discovered in 1971 who is now the musical eminence grise of the Met. Straddling both old world and new, Bing brought a style and elegance to the theatre, along with the steady hand of a cold, calculating manager. He was also the last of the Met impresarios for many years to handle both artistic and administrative affairs.

After stepping down, he seemed to lose his way. His long standing wife, a Russian ballerina, died in 1983. In 1987, the then 85 year old married a forty years younger woman with a history of mental illness. Suffering from Alzheimer’s, Bing needed the intervention of friends and a court ruling to annul the marriage.

At his death in 1997, the many obituaries were in agreement: Sir Rudolf was the first great opera impresario in a suddenly globalized opera world. He liked to portray himself slightly differently: “You don’t need wit to run an opera house,” he once quipped. “You need style.” His legacy proved that he had both in spades, along with a cold sense of business control.