Blog
More Than a Toy
Everything About the Toy Piano
by Maureen Buja September 27th, 2022

There are a surprising number of pieces written for toy piano. One of the most famous is John Cage’s Suite for Toy Piano (1948) but the instrument has a much longer history, dating back to the mid-19th century. As pianos became the signal of the middle class, pianos for children became the extension. Some pianos are realistic, with correct white and black keys, others only have the black keys painted on, and others simply have alternating black and white keys – but without the implied microtonal shadings that put a key in the half step between E and F or B and C might imply. 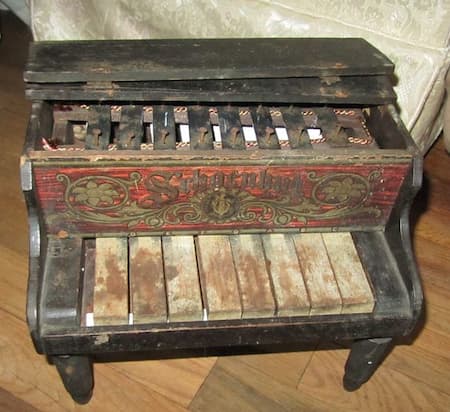 Toy pianos do not have strings, like ‘real’ pianos, but have metal bars that are fixed at one end. Originally, the sounding bars were made of glass, but this proved to be too fragile, and the toy maker (and toy piano repairer) Albert Schoenhut (1848-1912) changed these to metal. He started the Schoenhut piano line in the US in 1872 and it still continues today. 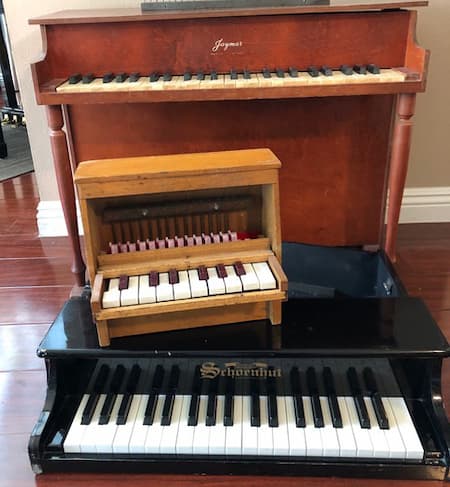 Toy pianos came in many sizes: from small one-octave to 18-key to 25-key to 37-key models. Although most were in the form of upright pianos, toy grand pianos exist. 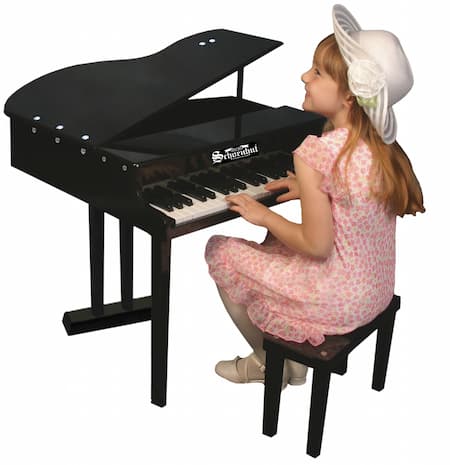 Tuning on the toy piano is a bit ‘approximate’ – they go out of tune quickly even when they start out tuned. They never sound like a real piano because they don’t use strings but are sounded with little hammers striking steel rods. 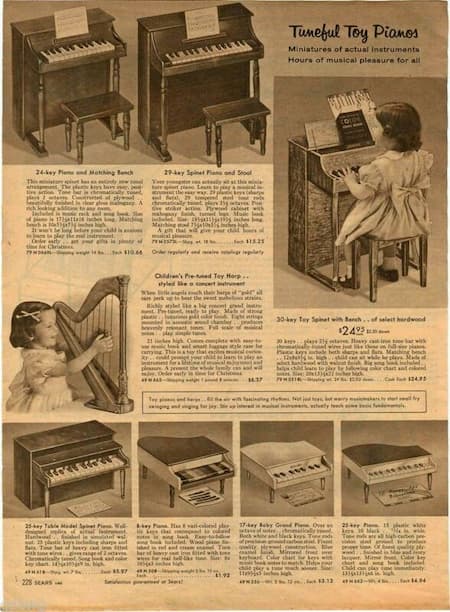 This dichotomy in sound was used by American composer Toby Twining in creating his ‘parody of the romantic concerto’ entitled An American in Buenos Aires. This blues tango is a slow walk through the musical styles of tango, blues and symphonic, with each instrument, toy piano and piano having their own voices.


When the work is arranged for a smaller piano, hear Jeanne Golan’s 18-key Schoenhut, you can appreciate the quality of the 37-key piano played by Margaret Leng Tan. 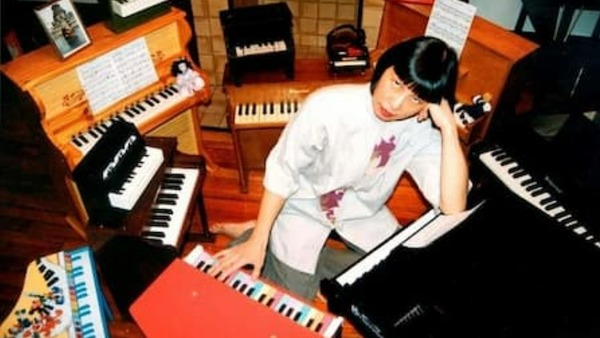 Margaret Leng Tan with toy pianos of all sizes


After Cage in the mid–20th century, other composers started to write for the toy piano, such as Toby Twining (above). Phyllis Chen wrote her piece Hush for toy piano and prepared the piano, using parts of a broken music box (wheels, screws and bolts) to prepare the piano and make it sound like a toy piano. The end effect is almost like a gamelan.

One of the most famous toy piano players in popular culture was Schroeder from the cartoon Peanuts. He could make a toy piano sound like a real one…thanks to the music by Beethoven he was invariably performing. 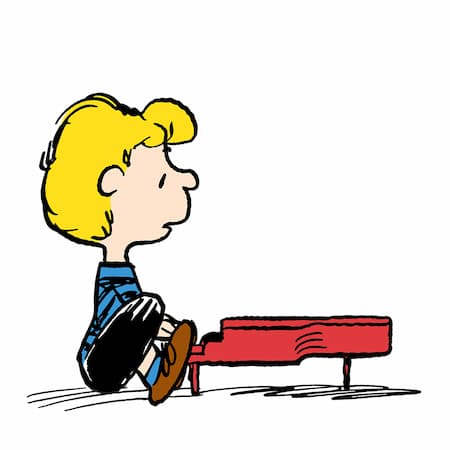 In honour of Schroeder’s love for Beethoven, the Ira S. Brilliant Beethoven Center assembled all of cartoonist Charles M. Schulz’ Peanuts cartoons for an online exhibition entitled Schulz’s Beethoven: Schroeder’s Muse. The section on ‘Musicology Moments’ covers all the times where Schulz’ use of Beethoven was tied to the scene in the comic, noting in one case:

The co-curator, William Meredith, also noted that Schroeder, at age 8, could play 11 of Beethoven’s 32 piano sonatas!