“That inner voice has both gentleness and clarity”

A correspondent for the Washington Post wrote, “When the time comes, perhaps a hundred years from now, to tally up achievements in the performing arts during the last third of the 20th century, one name that seems sure to loom large is that of Meredith Monk. In originality, in scope, in depth, there are few to rival her.” 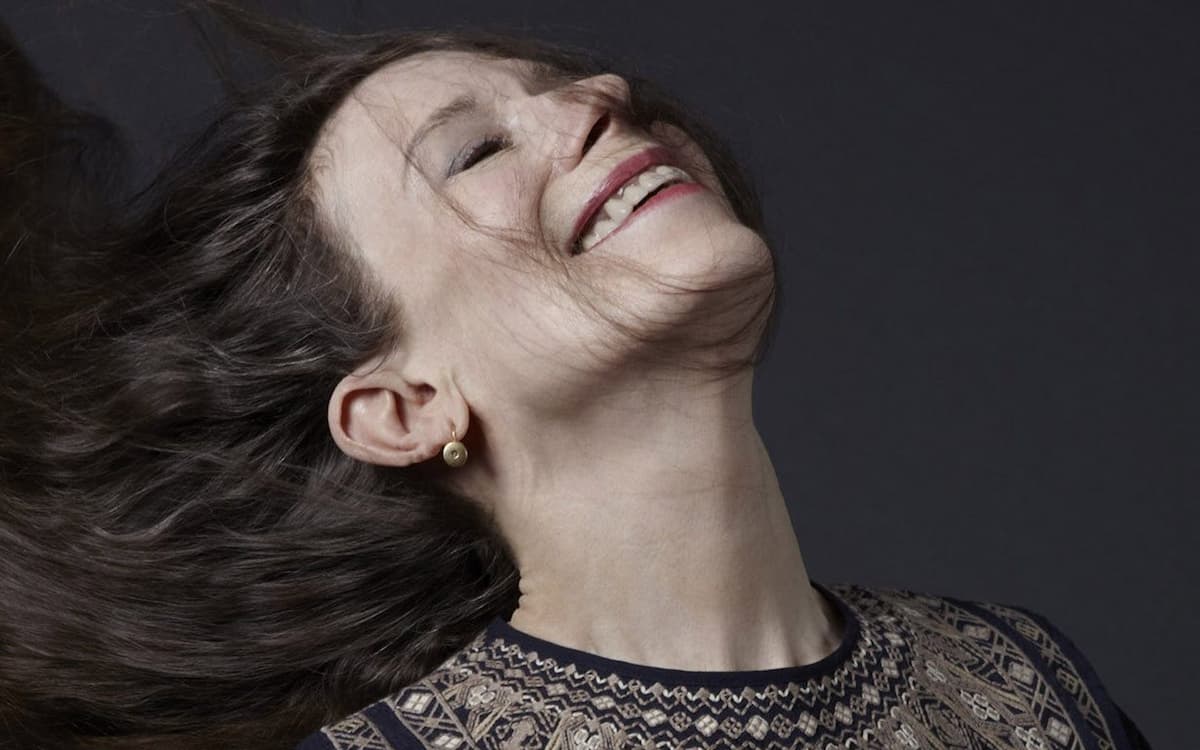 Monk has been active as a composer, singer, director/choreographer and creator of new opera, music-theater works, films and installations. She is an innovator in mixed-media forms, and a pioneer in “extended vocal technique” and “interdisciplinary performance.” One of the most unique and influential artists of our time, Monk “creates works that thrive at the intersection of music and movement, image and object, light and sound, discovering and weaving together new modes of perception.” Her compositions are deeply intuitive and invite audiences into a sonic world where musical possibilities are seemingly limitless. Monk is called the “magician of the voice,” and she has received a MacArthur Fellowship and a National Medal of Arts, the highest honor in the United States specifically given for achievement in the arts.

Depending on what biography you chose to believe, Monk was born on 20 November 1942 to Audrey Lois (Zellman) Monk and Theodore Glenn Monk in Lima, Peru, or New York City. Her father was a businessman and her mother a professional singer of popular and classical music known under her state name Audrey Marsh. Meredith attended Sarah Lawrence College (BA 1964), where she studied a combination of theatre, dance and music. She quickly got involved in the experimental music and dance scene in New York City, and founded the “House Foundation for the Arts” in 1968. 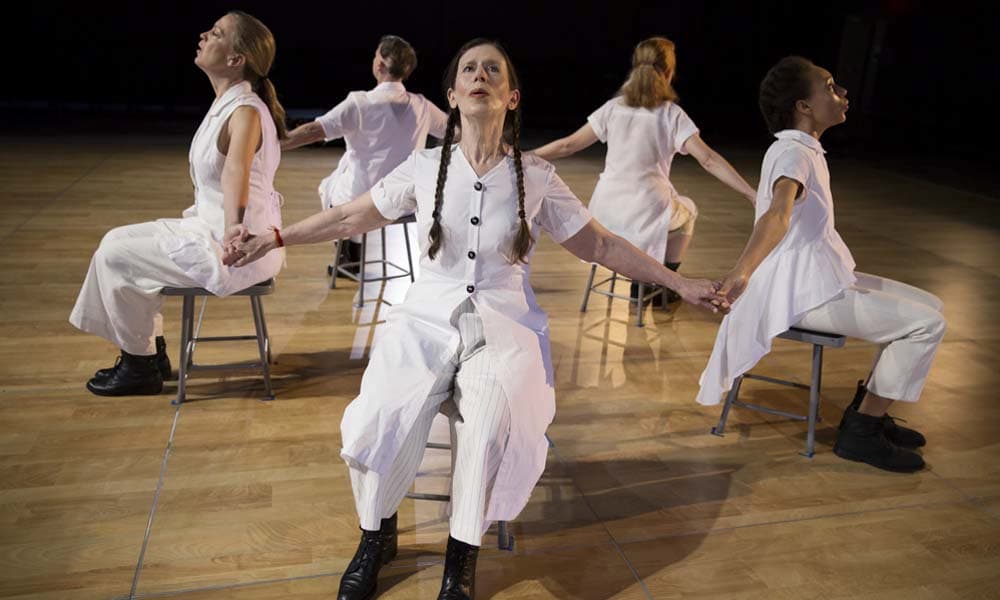 Together with a group of artists and performers, Monk “created a repertory of theater works: devising the dramatic structure, composing the music, choreographing the movement, and acting, dancing, and singing with her group.” In her first large theatre work, Juice of 1969, Monk overturned concert conventions by performing on three non-consecutive nights over a six-week period in three different spaces. The first performance took place on the spiral ramp of the Guggenheim Museum, the second on stage of the Minor Latham Playhouse, and the third in Monk’s home loft.

During the mid-1960s, Monk began her exploration of the voice as a multifaceted instrument. “I had a revelation,” she explains, “that the voice could be an instrument. The human voice could delineate shades of feeling. It could contain landscapes and genders and characters. It could reflect the body. I started to think what a spinning voice could be, what a jumping voice could be, how could a voice move like a spine or a hand? I was very aware of the ancient power of the voice. It’s why I consciously tried to pull my range out, to find unorthodox ways of creating sound using my entire body.” 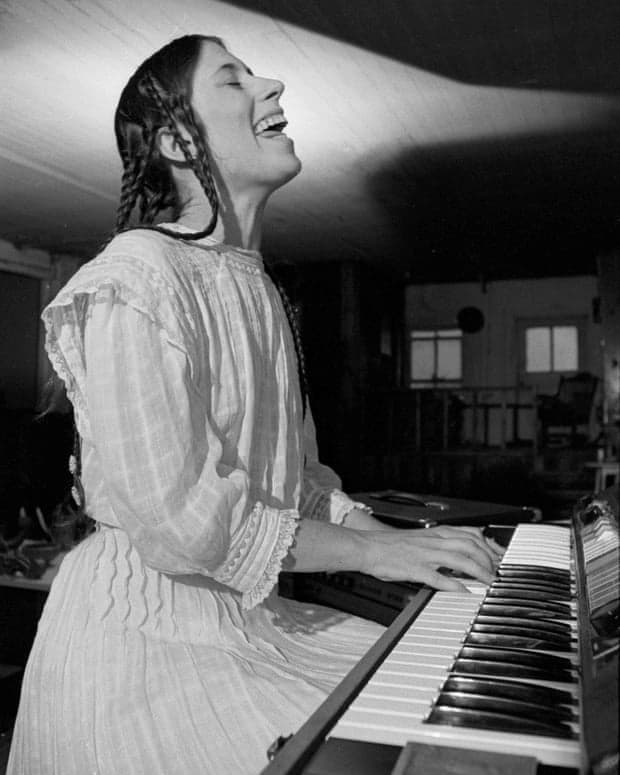 At that time she concentrated primarily on solo pieces for unaccompanied voice, and voice and piano. A scholar writes, “Her lithe vocal effects are her most characteristic trademark. Her repertory of vocal techniques includes glottal stops, Amerindian-style vibrato, nasal singing, nonsense syllables and child-like vocal tones, sounds featured in Balkan singing, Tibetan chanting and other non-Western traditions.” Monk considers herself “a vocal archeologist, trying to dig down to the most fundamental human utterances, the most elemental forms.”

With her opera Quarry, Monk returned to larger productions evoking themes of totalitarianism and holocaust. In 1978 Monk founded the Meredith Monk & Vocal Ensemble to expand her musical textures and forms. She explains, “In the larger works, I combine forms weaving together music, movement, film object, light and ambiance. This multi-dimensional approach hopefully creates a poetry of sound, image and movement that increases the luminosity and radiance of the experience.” She has written and directed two films, Ellis Island in 1981 and Book of Days in 1988, and also composed pieces for instrumental ensembles and symphony orchestra. 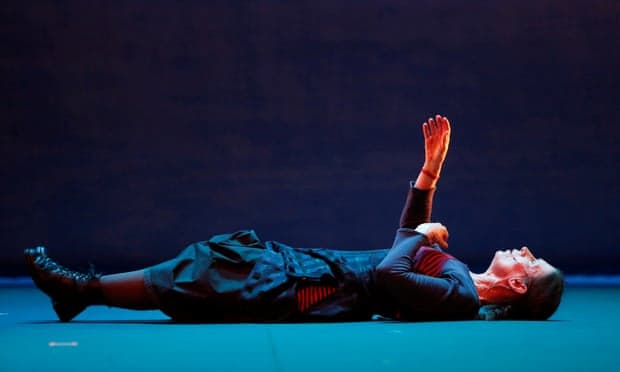 According to Monk, her favorite music includes the recordings of Brazilian singer Caetano Veloso, the music of jazz singer Mildred Bailey, and Bartók‘s Mikrokosmos. Although repetition and ostinato are central to her composition, she rejects the term “minimalism” to describe her music. According to Monk, her “music seeks an emotionality that is absent in the geometric pattern of the early works by Steve Reich and Philip Glass.” Her basic style has remained unchanged over three decades. “She writes with her ensemble in mind, tailoring many of her works to the specific performers involved.” Alex Ross in The New Yorker has summarized her impact as follows, “Monk has mapped a world that never quite existed in the history of the arts. At once visceral and ethereal, raw and rapt, her works banish the spurious complexities of urban life and reveal a kind of underground civilization, one that sings, dances, and meditates on timeless forces.”