Thomas Quasthoff was born on 9 November 1959 in Hildesheim, Germany, under horribly tragic circumstances. His mother had been prescribed the barbiturate Contergan or thalidomide, to ease her morning sickness. At that time she did not know that there was a connection between the consumption of Contergan and severe deformations in newborns. According to his doctors, Quasthoff was lucky because there was no brain damage and a normal metabolism.” 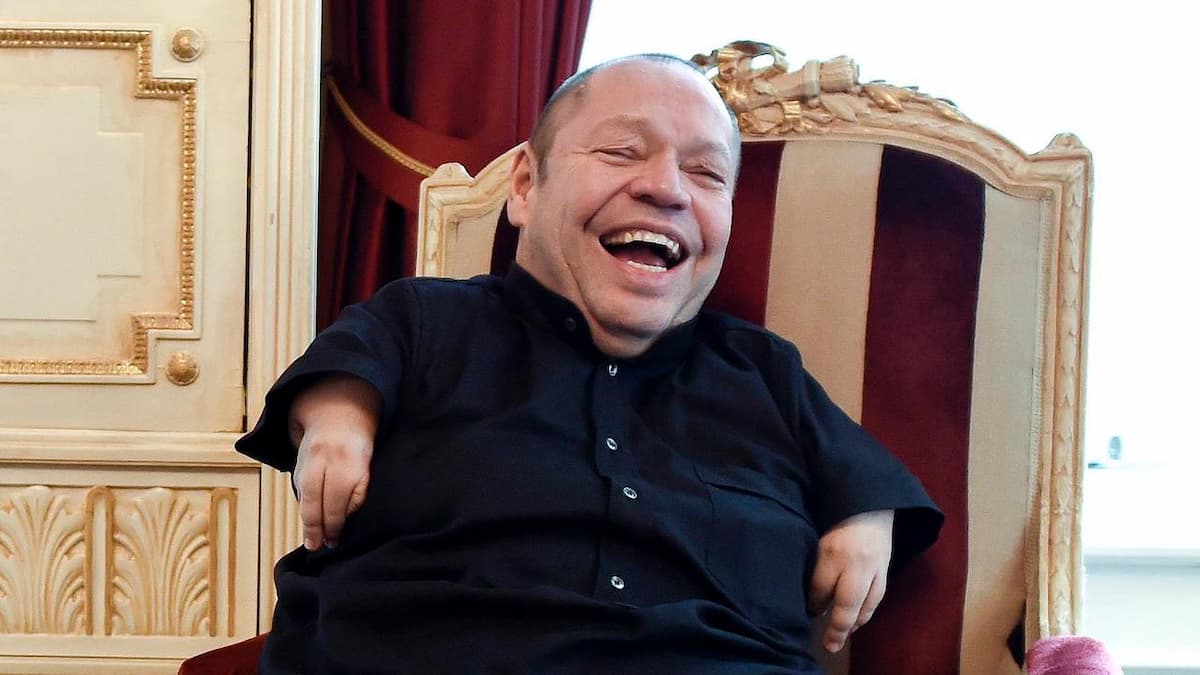 However, as Quasthoff writes “little Quasthoff just looked like a little seal, with crippled hands and feet that grow attached directly at the shoulder and hip, and feet that arch backwards at a ninety-degree angle instead of facing front.” The head of the clinic declared, “he’ll never be able to walk, but with a plaster cast we should be able to correct it.” As such, Quasthoff spent a year and a half of his early life in the orthopedic rehab center of Hanover’s Saint Ann’s Diocese, seeing his family only through the glass partition. “Due to the risk of infection, all bodily contact must be avoided,” my parents are told. “I still got everything imaginable anyway; measles, chicken pox, mumps, and, a dozen times, the flu.”

Over the next painful and frustrating years, Quasthoff learned how to walk, but he was not accepted into any regular school in his district. As such, he spent six years in a residential institution for children with severe disabilities. Suffering daily torments and abuse, Quasthoff discovered that he liked to sing and to perform in front of an audience. He would entertain relatives and friends in the family home, and eventually his parents took him for an audition with Sebastian Peschko, the head of the North-German Radio department and a successful pianist. 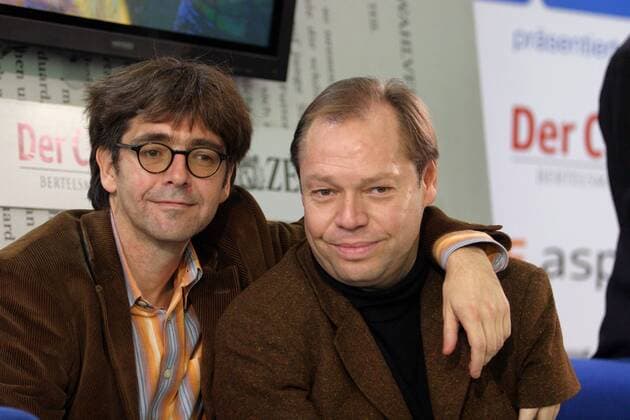 Photo of Michael and Thomas Quasthoff

Peschko immediately recognized Quasthoff’s talent and arranged a further audition with Charlotte Lehmann, a concert singer and experienced teacher. She accepted him as a student and Quasthoff recalls, “It could not have been easy for her to work with me. At fourteen, I was rather young for a singing student, and often lacked the necessary seriousness. But she was very sensitive and clever, soon realizing that music had to be sold to me like a grand playground, an adventure.”


After several years of private instruction, Lehmann suggested that Quasthoff should enter the Music Academy in Hanover. However, his application is rejected because his disabilities precluded playing an instrument, and he continues his private lessons. Concurrently, Quasthoff enrolled at the University and studied law for three years. As he remembers, “It only took me three weeks to know for a fact that law is not for an artistically inclined person like me, but I continue to study for six semesters, even seriously for four.” 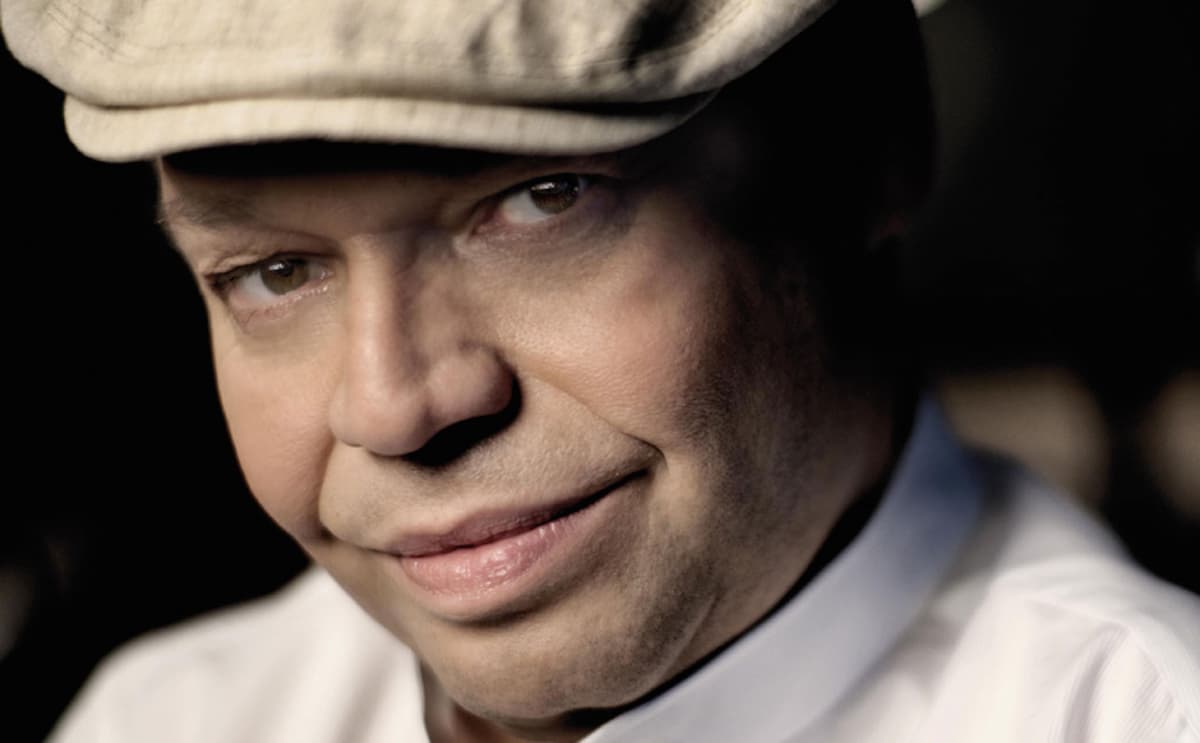 In his spare time, Quasthoff started singing with jazz bands, and in 1980 he gave his first public concert. “The audience did in fact whisper and look rather dumbfounded, as they’ve never seen anything like me on a concert stage before. But as soon as my baritone rolled through a Lowe ballad, there was silence in the auditorium. It soon became amazement, and by the end it was sheer enthusiasm. No one expects such a mighty voice to issue from my diminutive frame.” For several years, Quasthoff sang in churches, schools, and community centers throughout Germany, and in 1987 he entered the Mozart competition in Würzburg.

Quasthoff took first prize, and one year later won the ARD International Music Competition in Munich. In this most important forum for young musicians from all over the world, Quasthoff competed against sixty-two vocalists. Quasthoff writes, “I did have a little stage fright before my first performance, but after my first session I could feel a change in the attitude towards me. All the singers became exceptionally kind, the press took an interest in me, and even the members of the jury were smiling encouragingly.” 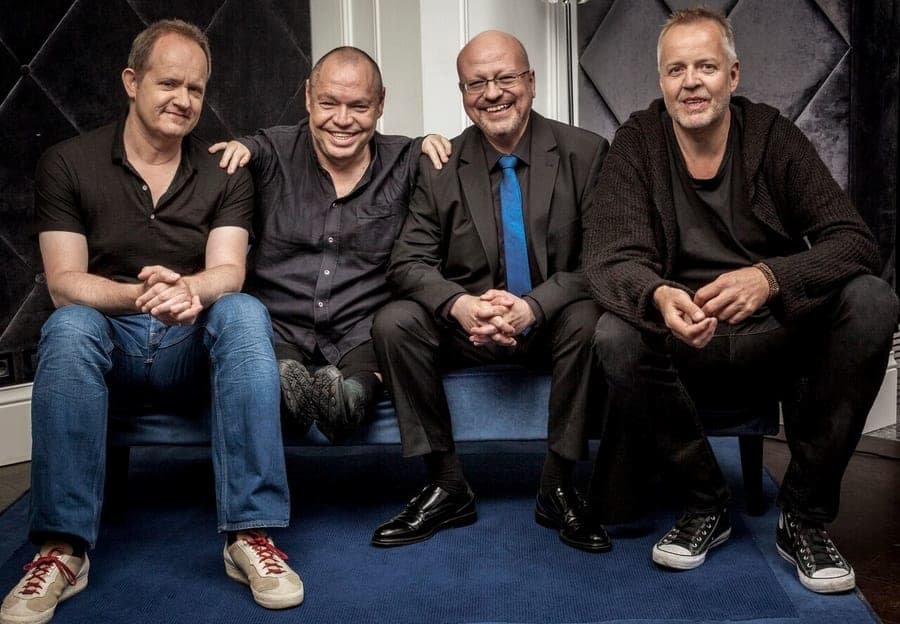 Critics were over the moon and wrote, “Quasthoff communicated seriousness and humor as if singing was the easiest thing in the world. There are no seams between intelligence, emotion, and vocal ability.” It still took several years, but when Quasthoff won the Shostakovich Prize in 1996, he finally had established himself as a recital artist and concert singer. His velvety bass-baritone has been called “one of the greatest and most remarkable voices of our time.” In January 2012, Quasthoff retired from the stage as a classical singer, as he felt “that I did not live up to the high standards I set for my artistic work.” That decision was conditioned by the death of his brother Michael, whom he calls “my dearest and greatest confidant in both artistic and human matters.” Quasthoff has since returned as a jazz singer, but his credo has remained unchanged. “I wanted to be accepted as an artist who was disabled, not seen as a disabled person who was an artist. The key is not that negative things are happening, but how you deal with them.”