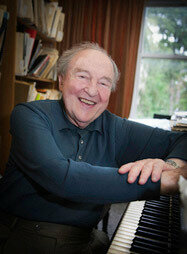 As I stand waiting for the doors to open to the auditorium at Wigmore Hall, I take a moment to glance around the entrance. One of the first things I see, among images of Gerald Finley and Julian Bliss, and a couple of somewhat overindulgent flower arrangements, is a large picture of Menahem Pressler looming over me, advertising his residency at Wigmore. Strange to think I was just having coffee with him in a hotel just down the street…

I can clearly feel the air of anticipation amongst the audience of the masterclass. Pressler is only here for two days, so people are making the most of the opportunity to come and see one of the world’s greatest pianists at work, coaching two young piano trios: Trio Incendia, and the Bedriska Trio.

It is evident the respect the audience holds for Pressler; the applause for the Bedriska Trio as they come onto stage quickly swells from polite to thunderous when the Israeli-American pianist shuffles through the door to take his seat behind the violin player, score in hand, ready for the coaching ahead.

Before the commencement of the first trio, he gives a quick talk about his love of teaching, during which he mentions that ‘given the choice between performing and teaching, I would always choose teaching. Teaching is much more about what you know than performing!’

During both trios’ performances, he looks at the score astutely, occasionally glancing up, staring at the performers. After the Bedriska Trio finishes their performance of Beethoven’s Kakadu Variations, he takes everyone back to the opening bars. ‘You must know something…the piano is the number one instrument,’ (here the audience chuckles) ‘But you have to know how to play together properly, otherwise it’s just a piano concerto. The piano leads almost the whole time, but everyone has a strong responsibility.’

Pressler’s sense of humour that was evident in my earlier interview with him shines through here in exactly the same way. ‘No, no… piano, here, yes there…you’re too loud. Can you play it quietly? Ah, you can! I was starting to think you couldn’t…’

His earlier comments in my one-to-one interview about ‘just being here to make music’ are manifested in much of the advice he gives the two trios. ‘You play the notes,’ he says to the Bedriska Trio, ‘You play all the notes cleanly, with good intonation, but what’s it trying to say?’ Similarly, to Trio Incendia, who performed the first movement of Tchaikovsky’s Piano Trio in A minor, he says: ‘What this needs is…more blood.’ To the cellist: ‘You don’t speak Russian, do you? No, and you don’t speak Russian Music either!’ he says, chuckling. 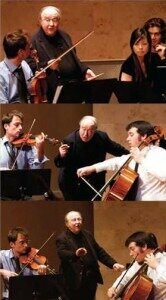 His comments, no matter how technical they seem, always have an expressive end goal. To a violinist he says (of a long note) ‘It shouldn’t be “waAAaaaa”…try “DEEeee”… “DEEeeee”’. When comments such as these are observed on a replay he simply shouts ‘Yes!’, and on the trio goes to the next section.

Despite the fact I play none of the instruments that featured in the masterclass, I still came away with a sense that I had learned a lot. The commitment to every note that exuded from the man on stage was infectious, and given the way in which he transformed both trios’ performances from great to outstanding, it was clear to see that the way he did this was by thought; by really thinking about what every note means, by what they’re ‘trying to say.’

Giving a masterclass is a tricky art – as well as having to provide useful and helpful information to the participants, you also have to relate to the audience, making them a part of the experience. This Pressler did with the utmost grace, asking the audience questions, giving incisive comments, involving everyone in the experience (‘Didn’t that sound better that time? Yes? Phew…’). For someone with over 60 years’ teaching experience, this perhaps isn’t surprising, but it was a joy to see a musician of 90 years of age bringing such youth and love to his teaching, commanding such respect and admiration from both the audience and the performers. Few people carry on teaching until this point in their lives, but for Menahem Pressler, he not only carries on, but injects energy and insightfulness that someone 50 years his junior would struggle to replicate. 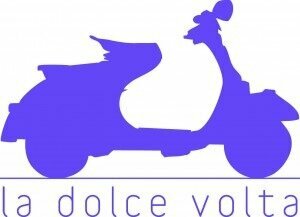