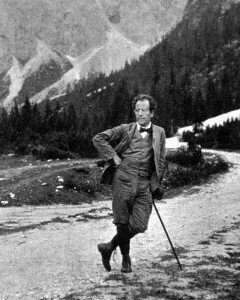 In the summer 1907, Gustav Mahler’s mother in law suffered a mild heart attack. When the district physician was called to examine her, Gustav Mahler invited the physician to also take a look at him. To everyone’s surprise, Mahler was diagnosed with a disease of the cardiovascular valves. Although the condition was not fatal, Mahler’s fragile mental state plunged him into a rapidly spiraling uncertainty that was increasingly occupied by morbid visions and deep trauma. 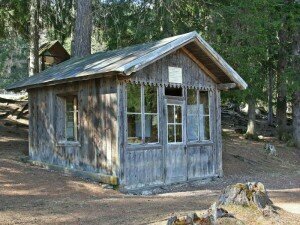 He sought refuge in a small village in the Austrian Alps, and his initial despair progressed to a heightened awareness of life. “I see everything in a new light. I thirst for life more than ever before, and find the habit of existence more sweet than it ever was.” This newly found awareness was in part inspired by a newly published collection of poetry called “Die Chinesische Flöte” (The Chinese Flute). This compilation of translated and stylized paraphrases of Tang Dynasty poetry clearly resonated with Mahler’s simultaneous awareness of the bitterness of mortality and the sweet sensuous ecstasy of being alive.

This eternal union of opposites not only inspired a disembodied poetic vision; it also stimulated a musical setting of otherworldly transparency that seamlessly merged symphonic thought and vocal expression. Mahler completed his setting of Das Lied in the summer of 1908, but he clearly did not want to call it his “Ninth Symphony.” Schubert, Bruckner and Dvořák had all died after writing their “Ninth,” and Schoenberg had stipulated “something might be imparted to us in a Tenth, which we ought not yet to know.” 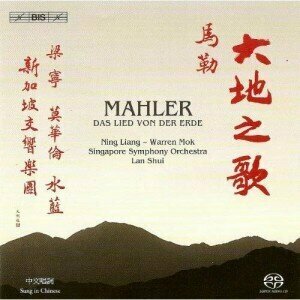 Therefore, he initially contemplated the title “Die Flöte aus Jade” (The Jade Flute), Das Lied vom Jammer der Erde (The Song of Earth’s Sorrow), and even provided the subtitle “Symphony for Tenor and Alto Voice and Orchestra.” Eventually settling on “Das Lied von der Erde” (The Song of the Earth), Mahler prophetically did not live to see the first performance of the work, conducted on 20 November 1911 by Bruno Walter in Munich. More recently, Daniel Ng reconstructed a Chinese text from the implicated poems. This version is sung in Cantonese, as it most closely resembles the lost 8th-century Middle Chinese dialect in which the original texts were written.