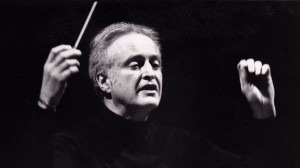 We are so fortunate that we can witness some of the work of legendary maestros of the last century via recordings and YouTube. Oftentimes their reputations are well known among aficionados of orchestral music. We musicians have a history, a family tree if you will, of passing on stories of these greats some of whom were tasked masters and temperamental, or genteel and aristocratic, or witty and wise. Here are some of the famous (and infamous) tales.

Carlos Kleiber was recently nominated in the BBC magazine as being one of the greatest conductors of all time. This enigmatic reclusive genius, although he had a vast repertoire, performed only a handful of works in public. Rumor has it that he was a very funny and communicative man, yet his rehearsals were grueling. He was a perfectionist who once spent three hours rehearsing one and a half minutes of music from Der Rosenkavalier. Like many a conductor he would leave notes on musician’s stands after rehearsal but his were polite: “This bit I think could be a bit more forceful and audible. Many thanks and kind regards, C. Kleiber.” He once agreed to perform a concert with the Bavarian State Orchestra. His terms? An Audi sports car with all the trimmings. 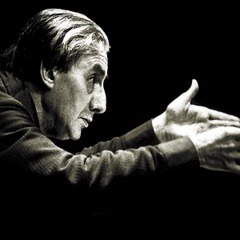 Sir John Barbirolli was well known for his interpretations of the English composers. He founded and built the Hallé Orchestra and he had a reputation for training orchestras. This almost was not to be. In the 1940’s Barbirolli was the successor to Toscanini as the conductor of the New York Philharmonic. In 1943 Barbirolli was to fly cross the Atlantic. At the last minute, he exchanged his flight with the actor Leslie Howard who wanted to postpone leaving New York for a few days. Sadly, Mr. Howard’s flight was shot down and it was Sir John who landed safely. Barbirolli was a cellist from a family of professional musicians, so it was not surprising that he immediately recognized the great talent of the late cellist Jacqueline Du Pré. Their recording of the Elgar Concerto is still considered the best recording of the work. 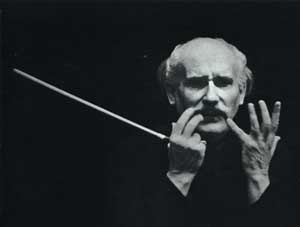 Arturo Toscanini was also a perfectionist. He was tremendously demanding of himself and prepared intensely for rehearsals. But he had quite a temper. He would shout,”What are you playing, waltz? Dat-DAH, dat-DAH? NOOO! AnDANte! How could be so stupid? You can’t read NOTES?” BASTA (enough), I tell you! BASTA, BASTA, BASTA!” Once he was so disgusted with the musicians that he pulled out a very valuable pocket watch, flung it onto the floor of the podium and ground it to bits with his foot while staring at the orchestra as if to say “this is what I’d like to do to you!” The next day the program director for the NBC Symphony raced over to Woolworth’s department store and purchased several one dollar watches to slip into the Maestro’s pocket inscribed “For Rehearsals Only” should Toscanini feel so inclined again. Toscanini was so amused he didn’t protest that someone had broken his sacrosanct rule that no one, but no one was allowed entry to rehearsals.

Toscanini took every concert to heart and he was rarely satisfied. The Maestro never ate dinner before a concert and demanded that his family wait for his return after the performance. One night after a La Scala performance in Milan he arrived home despondent. When he saw his wife and daughters entered the dining room he said,
“Where are you going?”
“In to supper, of course,” someone replied. The Maestro exploded. “What? After THAT performance? Oh, no, you’re not. It shall never be said of my family that they could eat after such a horrible show!” and with that they all went to bed without supper. 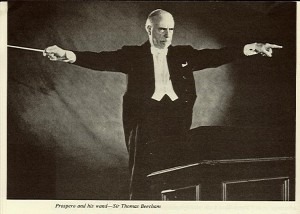 Sir Thomas Beecham was considered Britain’s first international conductor as he not only founded both the London Philharmonic in the 1930s and the Royal Philharmonic in 1946, he was the music director of the the Seattle Symphony and made several appearances with the Metropolitan Opera. Beecham favored less well-known composers such as Delius and Berlioz. Although his repertory might have seemed eclectic he was passionate about Mozart and Haydn, Schubert and Sibelius. Beecham was well known for his wit. Some of his one-liners are quite unprintable. One of my favorites is his definition of a music critic as someone who can “read music but can’t hear it.” Beecham was self-deprecating as well. For his seventieth birthday, Beecham received several telegrams. Congratulations came from luminaries such as Strauss, Stravinsky and Sibelius and they were read out loud to the audience. Beecham remarked, “ What? Nothing from Mozart?”

During a rehearsal of Aida, Verdi’s much beloved opera, which takes place in Egypt, it is customary to include live animals onstage. A huge deposit was left on the stage by a horse. Beecham quipped, “God, what a critic!” 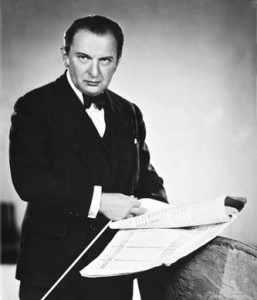 Fritz Reiner the legendary Hungarian who led the Chicago Symphony through the 1950’s and who many thought looked just like Bela Lugosi, acted like him too. He was terrifying and dictatorial. He heard even the tiniest of details and any small error could result in him firing a musician. Reiner’s recordings of Strauss and Bartók on the RCA label are considered among the finest ever made due to his exhaustive preparation and precise rhythms. Reiner also was a teacher and two of his students at Curtis became luminaries: Leonard Bernstein and Lukas Foss.

Reiner was known to use tiny economical gestures with his long baton. One day a musician sitting in the back lifted a telescope. Reiner scowled and demanded to know what this was for. The musicians replied “ Maestro— it’s to see your beat.” Reiner, who was certainly not amused, wrote on a tiny piece of paper and held it up for the musician to view via the telescope. “You’re FIRED.” Musicians at the time joked that at Reiner’s funeral he would probably fire his pallbearers.

Although conductors cannot get away with some of these behaviors today they still wield enormous power and rarely have to answer to anyone. But when a maestro is great, the orchestra often will perform better than any musician thought they could.