The phrase “to kiss and tell” first appeared in print in 1695 in the comedy Love for Love by playwright William Congreve. In the play, the swain is worried about his love’s indiscretion as she is in the process of babbling all to her stepmother:

“Miss Prue: Look you here, madam, then, what Mr. Tattle has given me. How sweet it is.
Mr Tattle is all over sweet, his peruke is sweet, and his gloves are sweet, and his handkerchief is sweet,
pure sweet, sweeter than roses. Smell him, mother—madam, I mean. He gave me this ring for a kiss.
Tattle: O fie, Miss, you must not kiss and tell.
Miss Prue: Yes; I may tell my mother.” 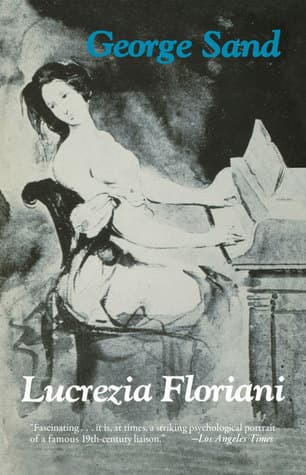 In due course, publicizing past or present sexual relationships has become a mainstay of the tabloid press and plays out all over social media. And while we might not pay much attention today, the publication of Lucrezia Floriani in 1846 immediately aroused a scandal. The author George Sand (1804-76) completed more than 100 novels, as well as countless essays, pieces of political journalism, biographical studies, and letters during her career, but Lucrezia Floriani clearly struck a nerve.

The novel was written at a time when growing tension between Frédéric Chopin and the Sand children had started to boil over. Sand was unable to remain neutral and wrote to a friend “I quite lost my temper, which gave me the courage to tell him a few home truths, and to threaten to get sick of him.” 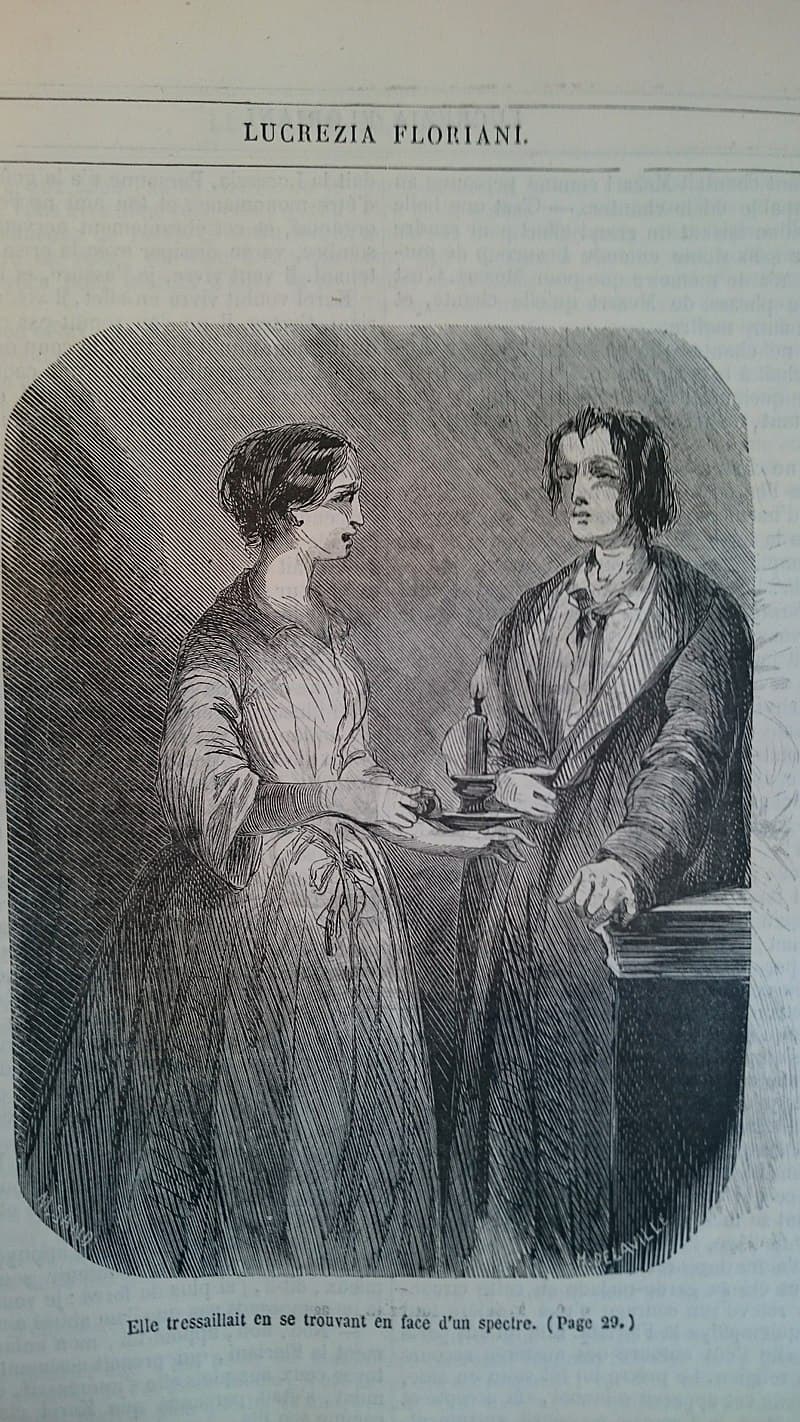 Less than a week before this little domestic dispute, Sand had begun the serial publication of Lucrezia Floriani. Lucrezia, the protagonist of the novel is clearly based upon Sand, who in her youth was considered the most beautiful woman in Italy. She had become a celebrated actress, rising from a humble background. Along the way, she has had four cherubic children by three different men. And as the novel opens, Lucrezia is retiring with the children to a manor house formerly owned by her godparents on the shores of a northern Italian lake. An old friend of hers, Count Salvator Albani, and his traveling companion, Prince Karol de Roswald, unintentionally arrive at her manor during a tour of the country. Prince Karol has a weak heart, and he is chaste and conservative, having inherited these qualities from his noble education based on Christian dogma. 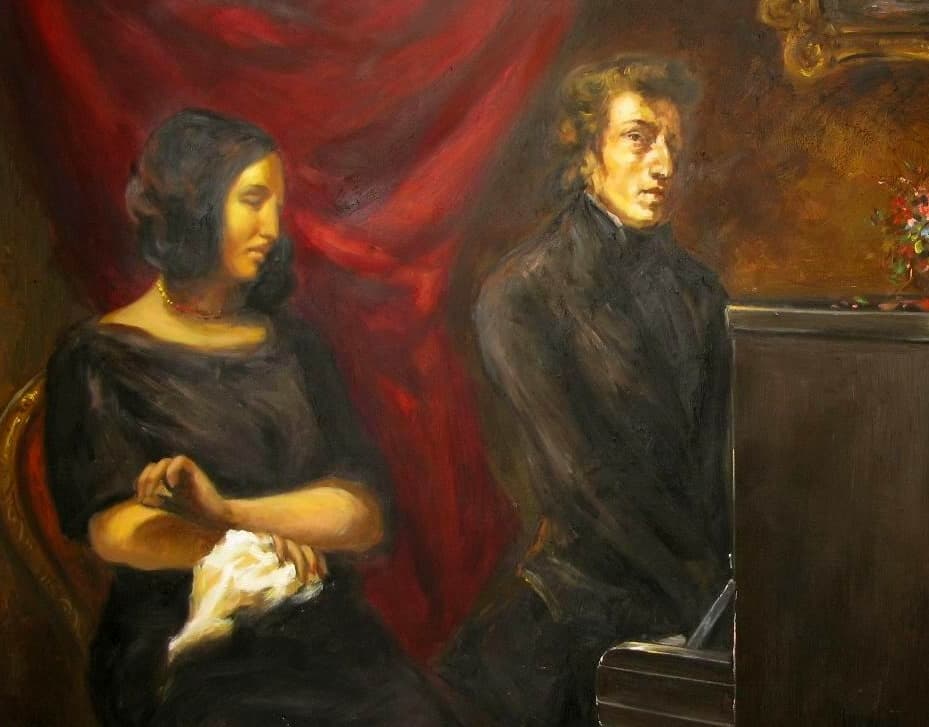 Portrait of Frédéric Chopin and George Sand by Eugène Delacroix

Lucrezia is 30 and Prince Karol 24, the same ages as Sand and Chopin at the beginning of their affair. The Prince has recently lost both his mother and fiancée, and mysteriously succumbs to an unnamed illness. Lucrezia nurses him back to health, and naturally they fall in love. Sand paints Lucrezia throughout the novel as a creature of the highest and strongest nobility, whose honesty and integrity are paralleled only by her physical beauty and her generosity of spirit. Prince Karol is quite another matter. He is described as “a sick person who must be persuaded and cured without his hallucinations and his unfounded jealousy being taken seriously.” In the novel, the romance is short-lived as one of Lucrezia’s former lovers arouses a pathological jealousy in the prince. He gets angry with anyone who approaches Lucrezia and becomes disagreeable and even nasty. Unable to leave him, a painful relationship, cut off from the rest of the world, then develops. Both suffer but remain chained to each other for ten years. Lucrezia dies when she stops loving and Prince Karol is all alone and lost. 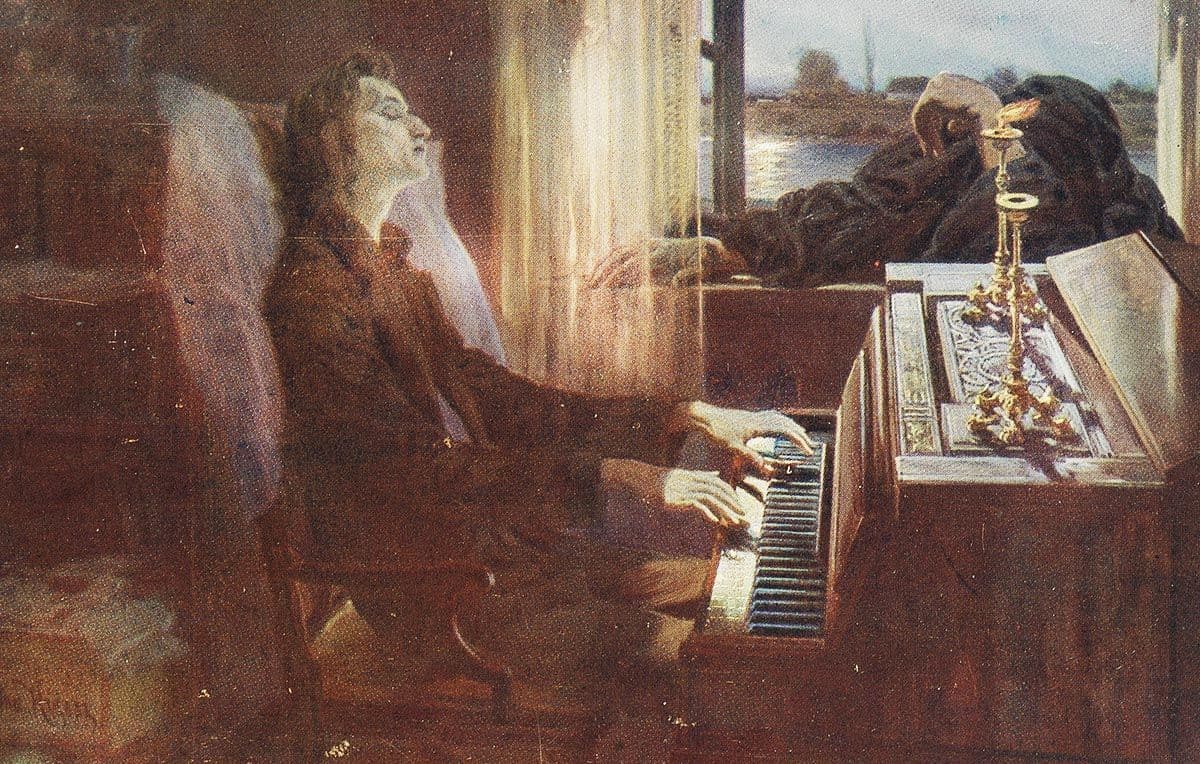 Sands read her “roman à clef” in Chopin’s presence at Nohant, causing considerable anguish among their friends. Eugène Delacroix wrote, “I went through torment during that reading. Mme Sand felt no compunction, and Chopin took unfeigned delight in the tale.” Sand and Chopin denied that the novel reflected their romance, but in essence, she merely denied parodying him. For many commentators, Lucrezia Floriani is seen as one of the reasons behind the ultimate collapse of the relationship, and some writers see Sand “as an evil seductress, intentionally wrapping Chopin around her finger, enjoying him for a while, and then tossing him aside.” Others consider Sand, a prodigious novelist, dramatist, and campaigner for all manner of political reform, the “first modern liberated woman born one hundred years too soon.” 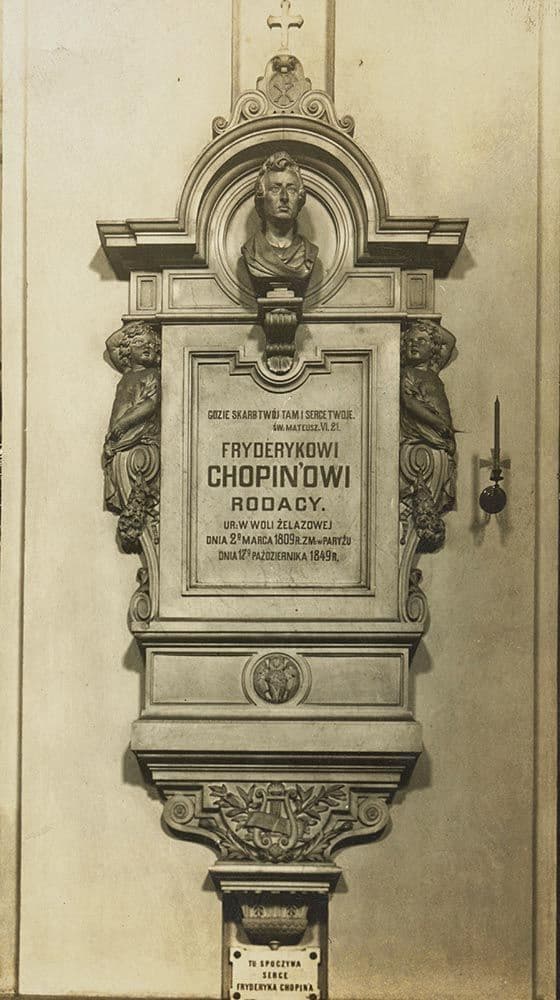 In the event, the relationship between the most celebrated couple of the nineteenth century did come to an end. As Sand writes to Chopin, “Adieu, my friend. May you soon recover from all your ills: I hope you will now, I have my reasons for thinking so, and I shall thank God for this queer end to nine years of exclusive friendship. Let me hear now and then how you are. There is no point in ever discussing the other matters.” Assuming a no-fault dissolution of the relationship, Chopin never did come to terms with the breakup. For one, he scarcely “put pen to manuscript paper again before his death two years later.”