If you hope to have a career in music sooner or later you’ll have to participate in some sort of competition. Although they can be life-changing for a young person’s career, the preparation is arduous, and an audition or contest can be nerve-wracking—even for the winner. But the Irving Klein International String Competition is no ordinary competition. Extraordinary musicians ranging in age from 15-23, compete in a nurturing atmosphere, and receive behind-the-scenes mentoring.

I served on the panel of judges in 2016, and was fortunate enough to be invited back for their thirty-third annual competition on June 2 & 3, 2018. Hosted by the San Francisco Conservatory of Music in collaboration with the California Music Center, the competition is named after master cellist and virtuoso chamber musician Irving Klein, who dedicated his life to excellence in musical performance, music education, and to supporting the highest aspirations of young artists.

Over the course of the last three decades the Klein Competition has introduced hundreds of our most noteworthy musical artists—Jennifer Koh, violin, named Musical America’s 2016 Instrumentalist of the Year, Mark Kosower, cello, principal cello of the Cleveland Orchestra, Lara St. John, violin, soloist and musical maverick, and William Langlie-Miletich, bass, a soloist in classical, jazz and other popular genres of music.

Before we arrived, the Klein Competition board members saw to housing the candidates in private homes, assigned virtuoso pianists to accompany them, and treated them to a welcome celebratory dinner. This year, Francesca dePasquale, violin, the 2010 Klein competition winner, and recipient of the Leonore Annenberg Fellowship, mentored the candidates. At the rehearsals Ms. dePasquale gave advice on everything from stage deportment, choosing their best-sounding repertoire for the semi-finals, calming pre-performance jitters, and enhancing their sound in the hall. 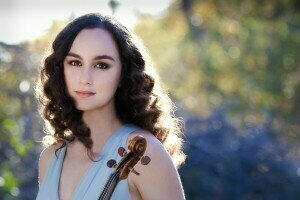 In order to demonstrate accomplishment over a wide range of musical genres, each contestant played a Bach unaccompanied work, a major concerto, and a major sonata. Additionally, the sheet music to a solo work, newly commissioned by the Klein competition, was sent to the nine semi-finalists. They had a mere five weeks to learn composer David Froom’s audacious and challenging music!

Saturday morning the jury filed in to a private room where we first encountered each other. The jury members were coached on the strictly anonymous voting procedures. With clipboards in hand, a program book without the candidate’s resumes, and evaluation sheets for our comments, we gathered in the beautiful San Francisco Conservatory concert hall sitting well away from each other and other audience members.

While we deliberated, Ms. dePasquale performed for the audience. How does one choose between these wonderful young players? I drew inspiration from the words of artistic director Mitchell Sardou Klein, “Traversing this wide range of repertoire enables each candidate to explore different facets of their musical personalities, and illuminates for us their approach to the inner life of the music, and the insight they bring to great masterpieces of the past and present. This process of discovery is the hallmark of the Klein Competition…” I followed my heart and voted to pass the three semi-finalists who moved me, who brought unique perceptions to the music. Each semi-finalist, all prizewinners, received $1,000. There were two fourth place prizes of $1,500., a prize for the best performance of the commissioned work, and an award for the best solo Bach performance. The 4th prizes went to Sophia Su, violin, 16, who attends The Juilliard School, and Jean Kim, cello, 22, who attends the Curtis Institute of Music. 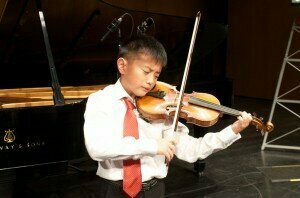 In the evening, while the finalists fervently practiced, I wrote up nine sets of notes for the candidates about their performances that day. Meanwhile, the musicians who did not advance to the finals were brought together for an evening of chamber music. What better way to complete the experience than to play music together?

Before the Sunday afternoon final round, the 6 semi-finalists were given the opportunity to meet with each judge for written and verbal feedback—a particularly valuable component of this competition.

The audience buzzed with anticipation. How would the three finalists fare after all the intense preparation? Who would have the endurance and wherewithal after giving their all on Saturday? This time, the candidates performed a 35-minute recital, and included their chosen sonata. We were enthralled by the sheer will it took to perform these difficult works, once again with precision, passion, and finesse. I took comfort in knowing that each of the three musicians would receive not only awards but performance opportunities. The Klein competition invites all prize winners back to engage with the community, play concerts in private homes and public halls, and receive more mentorship.

Sixteen-year-old violinist, Alex Zhou, took the first prize. He studies at the pre-college division of the San Francisco Conservatory of Music with Zhao Wei. Julian Rhee, 17, a student of Almita Vamos at the Music Institute of Chicago, won second prize, and the prizes for Best Performance of the Commissioned Work, and best performance of the solo Bach. Isabelle Ai Durrenberger, 19, third prize-winner, attends the Cleveland Institute of Music and is a student of Jaime Laredo and Jinjoo Cho.

This was no ordinary competition. Not only was it beautifully organized, not only were the prizes generous, but the Klein competition is a launch pad for these brilliant young artists. There is no doubt we will hear great music from all of them in the future.