My music
Losing it All: Barber’s Andromache’s Farewell
by Maureen Buja May 17th, 2021
Tags: Barber

Euripes (480-406 BC) focused on the women of the war in his middle-period play The Trojan Woman. As was common with his middle period plays, this play looked, too, at the senselessness of war. One of the central women was Andromache, the wife of Hector, who, famous for her fidelity and virtue, stands for the suffering of the Trojan women.

Her son with Hector, Astyanax, was killed by being thrown off the city walls and she was then taken as concubine by Neoptolemus, son of Achilles. The child was killed out of fear that he would grow up and avenge the death of his father. 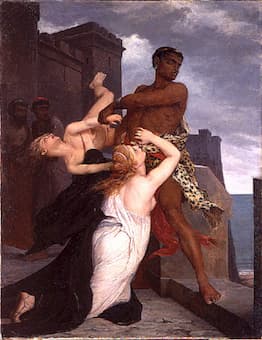 This highly dramatic text was set by American composer Samuel Barber in a translation created for him by the American poet and translator, John Patrick Creagh.

In a note written for its 1963 premiere by the New York Philharmonic, Barber sets up the situation: 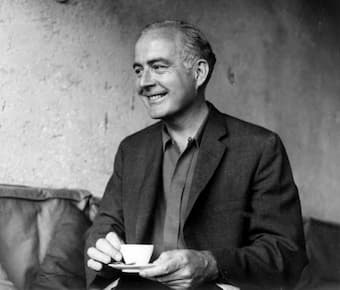 ‘Scene: an open space before Troy, which has just been captured by the Greeks. All Trojan men had been killed or have fled and the women and children are held captives. Each Trojan woman has been allotted to a Greek warrior and the ships are now ready to take them into exile. Andromache, widow of Hector, Prince of Troy, has been given as a slave-wife to the son of Achilles. She has just been told that she cannot take her little son with her in the ship. For it has been decreed by the Greeks that a hero’s son must not be allowed to live and that he is to be hurled over the battlement of Troy. She bids him farewell. In the background the city is slowly burning. It is just before dawn.’ 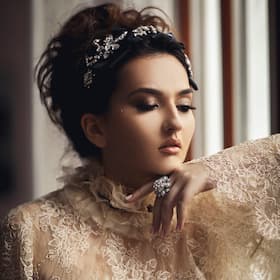 In the song, Andromache starts by declaring ‘So you must die, my son….’ and going on to regret the war as her son ‘…was to be Lord of all Asia.’ In the middle section, she declares against Helen, begetting of all the problems that brought the war to Troy. She gives up the child and hides her head in shame at his death.

The Trojan Women is said to be a work that cries out for an opera, yet the unrelentingly tragic story makes it almost monochromatic in its despair. In setting this critical scene that exemplifies the utter defeat of Troy, Barber has made his own miniature opera – you hear the triumphal march of the Greeks as she gives up the child at the end, her emotions at the downfall of all she had in Troy, and her powerlessness in the face of her fate.

The premiere of work was sung by Martina Arroyo and conducted by Thomas Schippers for the inaugural season of the New York Philharmonic at Lincoln Center.


Azerbaijan soprano Seljan Nasibli studied in London at the Royal College of Music and in Oxford. The National Symphony Orchestra of Ukraine is conducted by Yalchin Adigezalov. Adigezalov studied in Baku at the National Conservatory of Azerbaijan before going on to study conducting at the St. Petersburg State Conservatory. 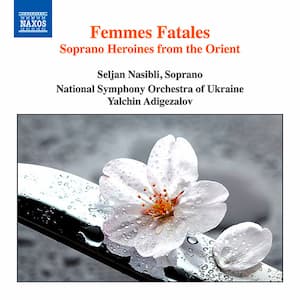