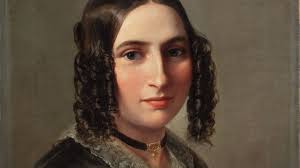 It is probably not common knowledge that the composer Charles Gounod and Fanny Hensel—sister of Felix Mendelssohn—met in Rome in 1839. Gounod had just been awarded the Prix de Rome and a scholarship to spend 12 months in the Eternal City, and Fanny was there with her husband Wilhelm and their son Sebastian. The director of the Académie Française, the famous painter Jean-August-Dominique Ingres, held a little musical salon on Sunday evenings. After dinner, his illustrious guests retired to the salon and made music. Gounod reports, “Mrs. Hensel was an extremely learned musician and played the piano very well. Despite her small, slight figure she was a woman of excellent intellect and full of energy that could be read in her deep, fiery eyes. Along with all this she was an extremely talented pianist. She had rare powers of composition, and many of the “Songs without Words” published among the works and under the name of her bother were hers.” Indeed, Fanny published three collections of “Lieder,” but she probably had her hand in many of the compositions of her brother.


In the words of the contemporary music critic Henry F. Chorley: “Had Frau Hensel been a poor man’s daughter, she would have been known throughout the world, alongside Frau Schumann and Madame Pleyel, as a female pianist of the highest order.” Fanny not only introduced young Gounod to the “Lieder ohne Worte,” but to “a new musical world.” Gounod reports, “Thanks to her great gifts and wonderful memory, I made the acquaintance of various masterpieces of German music which I have never heard before, among them a number of the works of Sebastian Bach − sonatas, fugues, preludes and concertos − and many of Mendelssohn’s compositions.” Fanny in turn confided in her diary, “Our German music produced on him the effect of a bomb bursting in his house.” To be sure, their meeting had far-reaching effects as Bach became a never-ending inspiration for Gounod, and he composed his own sets of “Romances sans paroles.”

Felix Mendelssohn mistrusted the strange artistic and financial success of his Songs without Words, which he was supposed to have composed “only for ladies.” He wrote as follows on the question of their significance in a famous letter to Marc-André Souchay, a relation of his wife Cécile, in 1842: “Much is spoken about music, and so little said. I believe that words are not adequate, and if I thought they were, I would end up writing no more music.” Mendelssohn’s “Lieder ohne Worte” and the countless imitations it inspired prompted a critic to comment in the Neue Zeitschrift für Musik as early as 1845: “…what is the proverbial reproductive ability of certain animal and plant species compared with that of the songs-with-and-without-words makers?” And he was correct, as this particular genre became extremely popular with performers and composers worldwide. Long after Mendelssohn’s death, composers gave expression to their creativity in wordless songs. And that includes a delightful “Romance sans paroles” by Italian composer Stanislao Silesu (1883-1953). 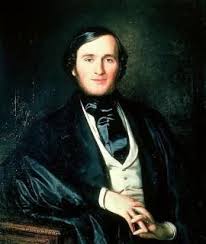 Among composers writing “Lieder ohne Worte” we find such unlikely figures as Richard Wagner. Wagner was not a particularly talented or gifted musician. His first piano teacher bluntly told his young charge that nothing would ever come of him. Wagner was furious, but later wrote, “Of course, the man was right… In all my life I have never learned to play the piano properly. Thenceforth I played for my own amusement; nothing but overtures with the most fearful fingering. It was impossible for me to play a passage clearly, and I conceived a great dread of all scales and runs.” Wagner did compose some works for the piano, but that particular output is largely unknown to a wider audience. Yet, early poetic and private inspirations surface in a short album leaf dedicate to the painter and portraitist Ernst Benedikt Kietz (1815-1890). Kietz and Wagner became fast friends in Leipzig, and composer wrote his “Albumblatt for Ernst Benedict Kietz, Lied ohne Worte,” in 1840. In his later years, the proud creator of the “total artwork,” combining poetry, scenic design, staging, action and music would distance himself from his early compositions by declaring them “mere plagiarisms from my youth.”