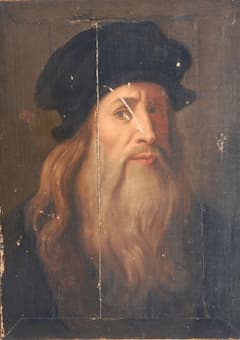 570 years ago, on 15 April 1452, a small village near the town of Vinci in Tuscany saw the birth of Leonardo da Vinci, one of the most diversely talented individuals to ever have lived. Scholars have rightly suggested that “the scope and depth of his interests are without precedent.” Best remembered for his talents as an artist, he created some of the most iconic paintings of all time, including “The Last Supper” and the “Mona Lisa.” However, his creative and inventive genius embraced a staggering number of fields and technologies with a seemingly superhuman capacity. Leonardo was the son of a prominent attorney notary, Piero Fruosino di Antonio da Vinci, and a young peasant girl named Caterina. Soon after giving birth, Caterina married another man and started her own family, while his father married sixteen-year old Albiera; in all, Leonardo had 17 half-siblings. 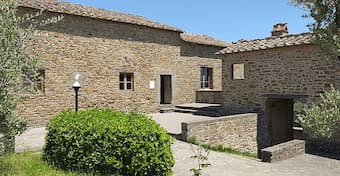 He grew up on his father’s family estate in Vinci under the care of his uncle. Beyond basic reading, writing and mathematical skills, da Vinci did not receive much of a formal education. However, his genius was recognized almost immediately, and the historian Paolo Giovio wrote, “He was an extraordinary genius; he was gracious and friendly, precise, and generous, with a radiant, graceful appearance and expression.” 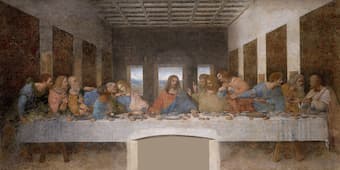 Luckily, his talents were also recognized by his father, who sent him to Florence at the age of 14 to begin an apprenticeship with Andrea del Verrocchio, an artist who had been a student of Early Renaissance master Donatello. Verrocchio worked for the powerful Medici family, and young da Vinci immersed himself in the study of the humanities. Verrocchio instructed his young charge in drawing, painting, and sculpture, and da Vinci also developed an interest in anatomy, architecture, chemistry, mathematics, and engineering. I will come as no surprise that Leonardo was also profoundly occupied with music. 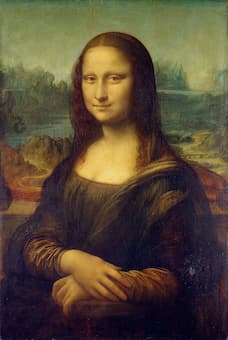 Giovio wrote, “And since he was a magic inventor and connoisseur of all subtleties and delights for the stage, and played the “lira da braccio” with the bow, he miraculously pleased all the princes through his whole life.” Growing up in the city of Florence and spending much of his professional life in Milan, Leonardo was part of an electric artistic environment permeated by a wealth of sacred and secular music. Music was everywhere, as it was an integral part of court and church activities, not to mention civic festivities and theatrical performances. We know little about Leonardo’s musical education during his early years in Florence, but by 1472 he was accepted into the artists’ guild in Florence and became familiar with the craft of music. 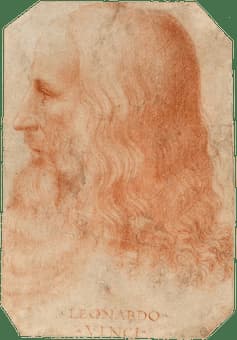 It was said that Leonardo da Vinci was a skilled musician. A contemporary report states, “he had a beautiful singing voice and frequently entertained friends and relatives.” We also know that he taught himself to play the lyre, and that he could brilliantly improvise his own songs.” When he entered into the services of the Sforza family, he even designed a silver lyre in the shape of a horse. Contemporary records suggested that Leonardo was a far better musician than any performer at the court, and his fellow Renaissance polymath Michelangelo snidely referred to him as “that lyre-player from Milan.” 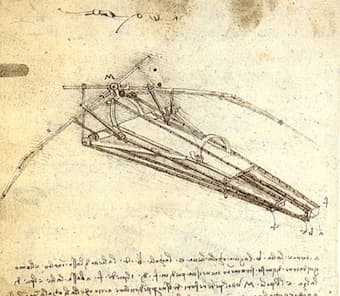 Da Vinci’s sturdy interest in music is recorded in his daily journal writings. These journals contain drawing and notes on an infinite variety of inventions, artworks and scientific theories. In all, about 13000 pages grouped into variously sized notebooks exist worldwide, and are housed in libraries, museums or located in the hands of private collectors. The largest bound volume of da Vinci notes is the Codex Atlanticus, comprises 1119 pages in 12 volumes—100 pages of writing and 1750 sketches and drawings—dating from 1478 to 1519. Topics include, flying machines and studies on flight, war devices, machines for use with and on water, industrial and building machines, geometrical studies, notes and drawings on astronomy, botany, architecture, anatomy and theatrical machines, including mechanical lions and robot soldiers. And, fascinatingly, it also contains two designs for unique musical instruments. 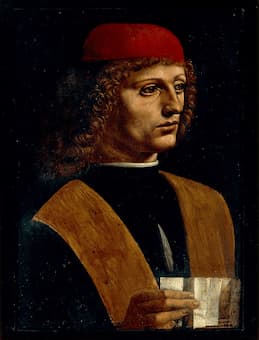 Leonardo lived in Milan from 1483 to 1499, and then again from 1506 until his departure for Rome. His time in Milan overlapped with the tenure of Franchinus Gaffurius, one of the most significant Italian music theorists and composers of the Renaissance. Leonardo and Gaffurius knew each other for twenty-two years, and they exchanged books on various topics. Although controversial among modern art historians, the male portrait “The musician,” was possibly painted by Leonardo and might actually depict Gaffurius.

Leonardo also rubbed shoulders with Lorenzo da Pavia, an outstanding maker of musical instruments that were prized throughout the Italian peninsular. And let’s not forget that he made friends with a mathematician of international fame, Luca Pacioli. In 1499, after the occupation of Milan by the French army, Leonardo and Pacioli left Milan for Venice. Pacioli published a famous three-volume treatise on proportions in the sciences and arts, and Leonardo contributed sixty drawings.

As a painter Leonardo developed artistic techniques that are considered perfection. “His use of vanishing point, the soft blurring effect in his ‘sfumato method,’ his understanding of the relationship between light and dark in chiaroscuro, and his enigmatic facial expressions created a mesmerizing and realistic quality to his paintings that had never before been seen.” And then there is everything else; his inventions, his anatomical research, his topographical drawings, as well as his engineering, mechanical, and architectural achievements. Leonardo da Vinci was decades if not centuries ahead of his time, and Sigmund Freud pointedly said, “He was a man who awoke too early in the darkness, while the others were all still sleeping.”