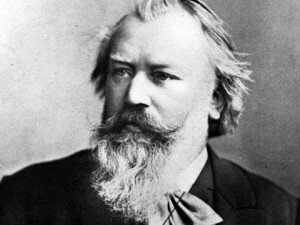 The accepted notion is that age confers a spirit of reconciliation and serenity on late works
– Edward Said, ‘On Late Style’

What is ‘Late Style’? It’s a question that has preoccupied writers and thinkers, from Theodor Adorno, who coined the term in relation to Beethoven’s late music, to Edward Said, whose book ‘On Late Style’ explores the output of artists, writers and composers whose late work is often intransigent and contradictory.

Although not always concerned with valedictory thoughts, late style is also associated with an aesthetic mastery and a distillation of what matters most, as if an awareness that the end may be near has the effect of really concentrating the artistic focus. Beethoven, for example, reveals in his late piano sonatas an intense otherworldliness and non-conformity. For Adorno, Beethoven’s last works are an emphatic and triumphant assertion of his refusal to resolve life’s exigencies peacefully, a view which Edward Said endorses, regarding it as a strength in its own right, rather than a negative factor in Beethoven’s late music.

Beethoven: Piano Sonata in E, Op 109, 1st movt
In a more long-lived composer such as Brahms, the combination of accumulated wisdom and the sense that time is limited produces music which is impeccably wrought and introspective, yet emotionally unleashed. Meanwhile, for Schubert, and Schumann, who died young (by today’s standards), lateness is relative, almost a philosophical construct. The “late” works of these composers demonstrate that lateness is not just about physical maturity but also an attitude of mind. In their music there is the sense of a life lived with intensity, that time is finite, and this seems to have focused composers’ imaginations in a very specific way. 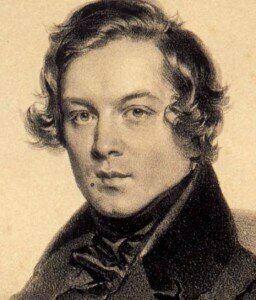 In Gesänge der Frühe (Songs of Dawn), composed in November 1853, just a few months before Robert Schumann’s irretrievable mental breakdown, we find a composer who has turned desperately inward, the “Eusebius” (sensitive, introverted) side of his personality very much to the fore. The music is poignantly pared down, starkly revealing the composer’s devastating emotional state.

Schumann: from 5 Gesange der Fruhe
The late piano works which form Brahms’ Op 118 and 119 contain serenity and vulnerability, and an acceptance that the end is near, yet these works are not valedictory. In Brahms’s early Third Piano Sonata, the second movement contains a chain of falling thirds which pre-echoes the opening of the Opus 119, the last pieces Brahms wrote for the piano. In these late piano works, there is greater spaciousness, more freedom of expression, and the sense of a composer who no longer has anything to prove.

Brahms: Intermezzo in B minor Op 119/1
Schubert’s last works, in contrast, seem to communicate an “incompleteness”, as if he still had much more to say. The final year of Schubert’s life was one of extraordinary productivity, marked by increasing public acclaim and declining health, and the wealth of music produced in the final year of his life, including the two sets of Impromptus and the final three piano sonatas, displays a very high level of artistic maturity. Freed from the shadow of Beethoven, who died in 1827 and whom Schubert revered, the last three piano sonatas in particular reveal a remarkable assuredness in Schubert’s writing, in their structural organization and expansiveness, and the use of cyclic motifs to create a sense of “belonging” between the individual movements and across the three sonatas as a whole.

Schubert: Piano Sonata in B flat, 3rd movt
If ‘Winterreise’ is heartbreak, a study in unrelieved sorrow, the final three sonatas reveal, and revel in all of life: while the C minor Sonata D958 is the most serious of the triptych, its companions are never unremittingly melancholy nor heavy, but rather intoxicatingly bittersweet, nostalgic, and life-affirming.