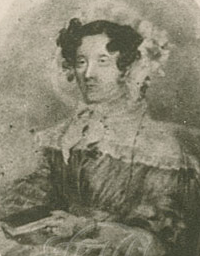 When Leopold Koželuch arrived in Vienna to follow his musical calling, he immediately understood that being a capable musician and composer was not enough to really get ahead.

Politically shrewd, he managed to secure a court appointment, and he married into nobility. And thus, Maria Apollonia Allmayer von Allstern, daughter of a prominent and knighted lawyer, became his wife. The marriage produced four children, and ended in a terribly acrimonious divorce—including lengthy court battles—in 1796.

Katharina, the eldest child was born in 1785 and after theory and piano lessons with her father, she became a student of Muzio Clementi. In a letter to his London business partner, Leopold Koželuch speaks of plans to present 13-year-old Katharina to the public in England as an excellent pianist and singer within two years. For one reason or another, the England trip did not materialize, and Katharina made her début in Vienna as a concert pianist in 1805. She was quickly considered one of Vienna’s best pianists, and rumors suggested that Beethoven wanted to marry her! 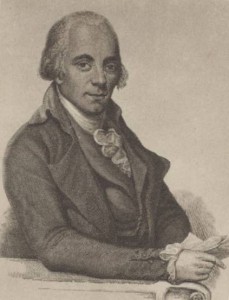 The composer, writer and music critic Johann Friedrich Reichardt writes, “Koželuch’s fine, educated daughter I have now come to know a very beautiful, elegant pianist,” and Robert Schumann—at the suggestion of Clara Wieck—sought her support during his time in Vienna. And we know that she met Chopin and Liszt as well!

Her playing was “infused with impressive dexterity, delicacy, profound feeling and valuable knowledge of art,” and as a sought-after piano teacher, she taught Leopoldine Blahetka and Archduchess Sophie of Austria. 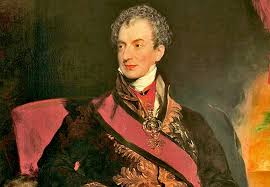 In 1812 she married the court lawyer Anton Cibbini, and began to publish her music in Vienna under the name Cibbini- Koželuch. Her performing career ended in 1825, as she was made chief lady-in-waiting to Empress Carolina Augusta, and then to her successor Empress Maria Anna Carolina Pia.

Her compositions include works for solo piano and chamber music, and show “compositional skill and a taste for virtuosity.” However, Katharina was not merely influential in musical matters, she also left her mark on daily politics. Demanding the freedom of the Austrian press—in opposition to Prince Metternich who had to resign as Chancellor of the Austrian Empire in the liberal revolutions of 1848—she became the target of numerous pamphlets and caricatures and featured prominently in the newspapers of the time. Katharina remained in court service until her death in 1858.