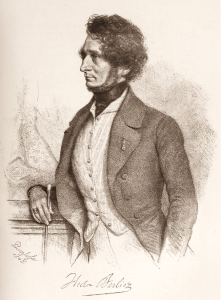 In 1827, Hector Berlioz went to a play and came away transformed. At the Odéon Theatre in Paris, a performance of Shakespeare’s Romeo and Juliet took his heart. Everything about the play and the performance affected him – the raging emotions, the battle between love and death, the passion of the protagonists, one played by Harriet Smithson, who inspired his Symphonie fantastique – all culminated in feeling that all of this was more than he could bear. As he said in his Memoirs, ‘By the third act, [I was] scarcely able to breathe- it was as though an iron hand had gripped me by the heart….’ At the time, Berlioz did not know a word of English and had to rely on a translation by Pierre Letourneur, which Berlioz declares as being ‘pale and garbled.’ 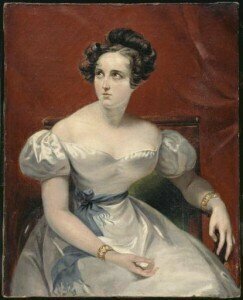 Berlioz had been considering the story of Romeo and Juliet as a musical work since he saw the production in 1827, but it wasn’t until 1838 that he finally got his ideas in order. Before going to Italy (1830-1832) after winning the Prix de Rome, Berlioz had already started on a few musical ideas and some early versions of the Romeo and Juliet music appear in his Prix de Rome winning composition, Sardanapale.

In 1831, he wrote a review of Bellini’s opera I Capuleti e I Montecchi, based on Shakespeare’s play, and in the review, outlined how he would approach the music: “it would feature the sword fight, a concert of love, Mercutio’s piquant buffooning, the terrible catastrophe, and the solemn oath of the two rival families.” 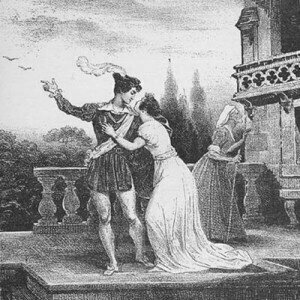 To take up the story, Berlioz created a symphonie dramatique, a large-scale ‘choral symphony.’ This term was invented by Berlioz specifically to describe his Romeo and Juliet composition. Berlioz wasn’t the first to put the human voice on a level equal to the instruments of the symphony, Beethoven had already done this in 1825 in the finale to his Ninth Symphony. Berlioz, ever the innovator, took Beethoven’s model and expanded it -he uses the chorus to add narrative to the music, but saves the truly dramatic moments for the orchestra alone.

As Berlioz was usually torn between his reviewing and his composition, the former funding the latter, time was difficult to set aside on the work. The virtuoso violinist Niccolò Paganini gave an extraordinary gift of 20,000 francs (approx. US$100,000 in today’s money) to Berlioz after hearing Berlioz’ Harold en Italie in 1838. With this money, Berlioz could pay his debts and set to work on Romeo and Juliet. Paganini died before the work was finished and Berlioz dedicated the work to his memory. 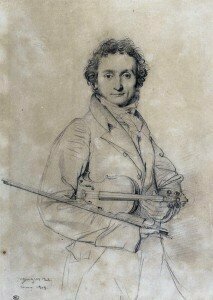 The introduction to the work begins with great energy, as though the passion of the families’ anger has become the public feeling. The swaggering low brass lines also speak to unbridled emotions. Berlioz subtitles the section: Combats – Tumulte – Intervention du Prince.

Berlioz: Romeo and Juliet, Op. 17: I. Introduction (South West German Radio Symphony Orchestra, Baden-Baden; Sylvain Cambreling, cond.)
The Prologue introduces the choir and soloists, who tell the backstory of the Montagues and the Capulets. As Shakespeare put it:

Two households, both alike in dignity,
In fair Verona, where we lay our scene,
From ancient grudge break to new mutiny…

The French text used by Berlioz was written by Émile Deschamps, a noted French poet who also wrote, with Eugene Scribe, the librettos for Meyerbeer’s Les Huguenots (1836) and Le prophète (1849).

Berlioz: Romeo and Juliet, Op. 17: II. Queen Mab, or, the Dream Fairy (Scherzo) (South West German Radio Symphony Orchestra, Baden-Baden; Sylvain Cambreling, cond.)
This last night of joy is followed by Juliet’s funeral procession and then the tragedy of Romeo at the vault of the Capulets.

Berlioz: Romeo and Juliet, Op. 17: III. Romeo at the vault of the Capulets (South West German Radio Symphony Orchestra, Baden-Baden; Sylvain Cambreling, cond.)
The musical setting of the dual death scene was very influenced by the version of Romeo and Juliet that Berlioz had seen in 1827: it had been rewritten by David Garrick to have Juliet awaken before Romeo’s death to increase the pathos of the scene.

The finale has also been expanded so that the families’ reconciliation is more than just the few lines in Shakespeare – the chorus makes it into a substantial finale, on a level with Beethoven’s earlier model. 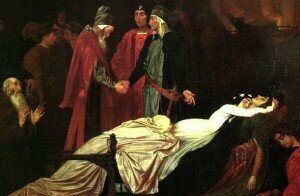 Lord Leighton Frederic: The Reconciliation of the Montagues and Capulets Over the Dead Bodies of Romeo and Juliet (1853-55)

Berlioz: Romeo and Juliet, Op. 17: III. Finale (Europe Choir Academy, soloists, South West German Radio Symphony Orchestra, Baden-Baden; Sylvain Cambreling, cond.)
In creating the new symphonie dramtique, Berlioz enabled the composers who followed him a greater freedom in considering the forces of the symphony. Composers of the 20th and 21st century from Gustav Mahler to Tan Dun have taken up Berlioz’ model and made their own contribution to it.