Communicate Something Somehow to Everyone All the Time

Tenor Nicholas Mulroy started his singing career in his native Liverpool’s cathedral choir, and after a hiatus from singing in his teen years, joined the chapel choir of Clare College, Cambridge, where he had won a place to study not music, but modern languages. 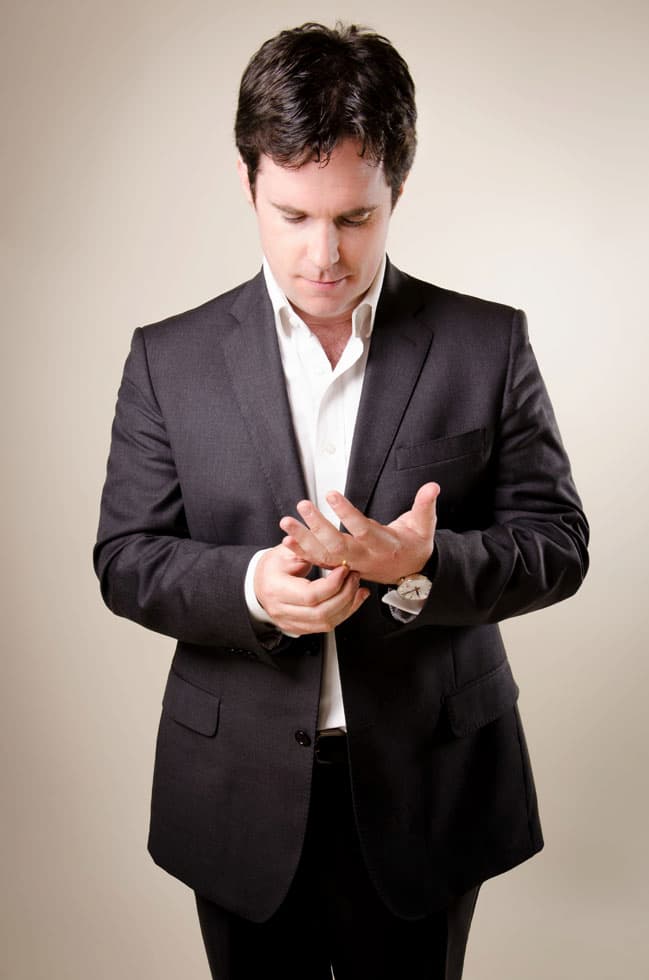 After further studies at the Royal Academy of Music, Nicholas now performs all over the world with groups including the Australian Chamber Orchestra, Orchestra of the Age of Enlightenment, Britten Sinfonia, and Concerto Copenhagen, from Carnegie Hall to the Sydney Opera House. Nicholas appears regularly in recitals, having given recitals at Wigmore Hall, Glyndebourne Festival Opera, and the Royal Festival Hall, and writes about the visual arts in a series, Music of Sight, started during the lockdowns of 2020.

As a kid, I sang in Liverpool Met – the cathedral [choir]. I definitely remember thinking that was fun. And once my voice changed – I don’t like the word ‘broke’! – I stopped completely and did instrumental stuff. I was quite a crap oboist, [and] a very very ordinary keyboard player. I still made music but I stopped singing, and then got back into it when I went to Cambridge.

You studied Modern Languages at Cambridge. Was that a choice informed by your singing?

Not at all. It was an amazing bit of luck that I applied to Clare [College]. I applied because it was a musical college – I didn’t really know about the choir, if I’m honest. I wasn’t aware of choral scholarships, that kind of stuff, so it was a real bit of luck that I applied there and got stuck into the music once I got there. But as an A level student, languages were definitely the main academic interest. The chapel choir in my college was just desperate for tenors, and so I got back into [singing] in that way.

I think if I was going to locate it somewhere, the ‘bug’, if you like: in my degree year abroad I didn’t do any classical singing at all, I didn’t do any ensemble singing, and just found that I really really missed it. I couldn’t wait to get back to do all that stuff with my friends at college, and that’s probably where it stemmed from. 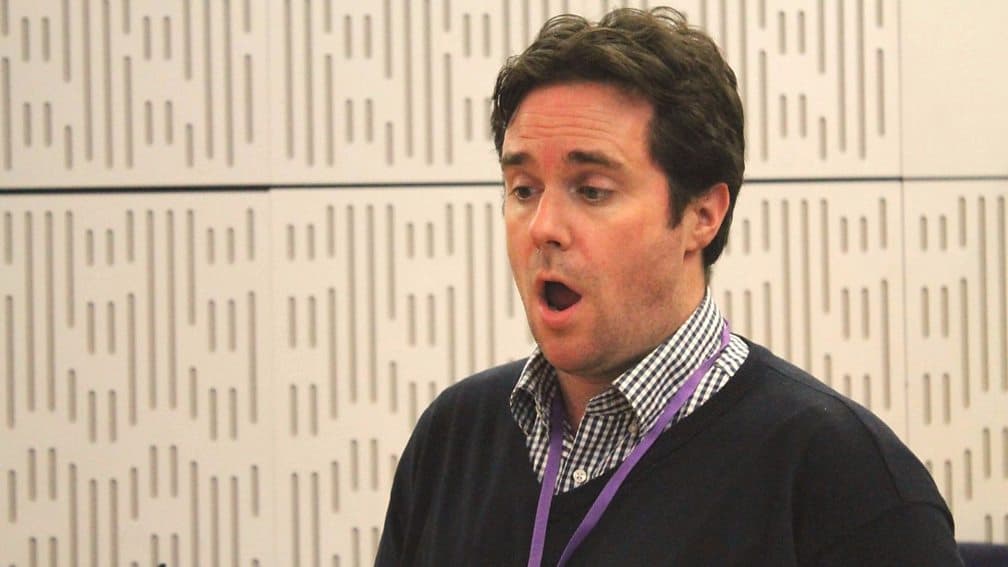 What did your studies in language give you that aided your development as a singer?

I think a general ear for language, and also a sort of pleasure in discovering the way a language is put together and communicates different ideas. I’ve always loved the way some things have untranslatable words in certain languages, like the Welsh word hiraeth; I love this idea that there are concepts that are beyond language. I’ve always liked etymology and that kind of stuff. I’m still a bit of a language geek.

What are the differences in approach when preparing a recital rather than, say, a St Matthew Passion?

I think it’s the similarities of the approaches that are probably more important. You always go back to the words, always go back to finding a way of making the words personal and going further into what the words are, partly because that’s what you deliver, but I think also partly because that’s what the composer starts with: a poem in their hand [for example].

That’s their starting point, and I think that kind of familiarity and identification with the words can give you so much. And give you enough, in fact, that you worry even less about the technical stuff which ultimately can get in the way a bit.

So it’s always about going back to the words and, then once you’re on stage I think the thing is just big-picture stuff: being generous and open, listening. You’ve got to listen as much as you talk and make sure that you’re trying to communicate something somehow to everyone all the time.

I don’t think I’ll ever be one of those musicians who’s technically flawless, and I’m not overly interested in that particularly. I think that’s brilliant and admirable and really amazing when it happens, but it’s only a means to an end. The technique is only a means to telling a story in the best and most meaningful and truthful way you can. 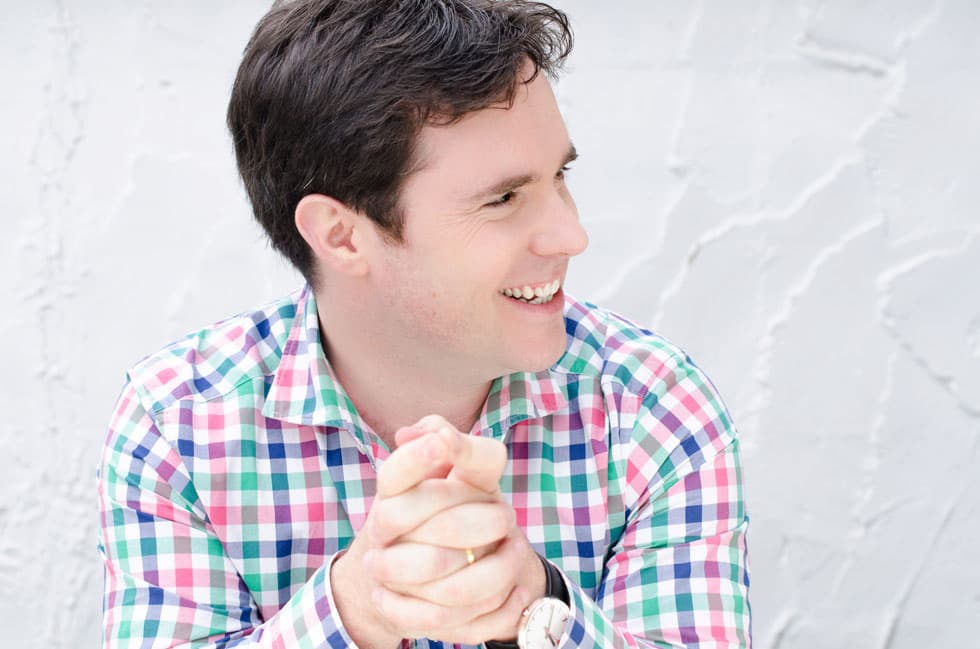 Is there a particular composer/piece that you’ve really felt your relationship with change over time (for better or worse)?

Only insomuch as like any relationship changes as you develop. Firstly there’s a technical thing as a singer, that as your voice changes a bit over time you have to renegotiate with yourself and with the music a bit.

I love that I’ve been able to go around and hear what this conductor has to say here, how that baritone there sings the words of Christ [in a Bach Passion], and I like to think that I’m good at listening on the job and learning from what people do, and putting that in my metaphorical rucksack.

So would you say being open is a way to sustain a fulfilling career?

Exactly. I never understood the ‘what’s your tempo for this’ thing. I don’t know, shall we try it and see what happens today? That rigidity of ‘how do you do this’, it’s just not musical, and it’s not really human either, is it? No two people are the same, no two days are the same, and the way we make music should probably respond to that.

Tell me about your writings on art.

It was a lockdown thing, one of those Facebook things where someone nominates you. Normally I would’ve said no but it turns out I was at a bit of a loose end. I’ve just really enjoyed it.

It’s partly just about paying attention – like in music, if you’re prepared to listen then you’ll find stuff. Music is a full body experience but it should also be as involved psychologically and intellectually as it can be, and [writing about art] helps with that.