Features
Instruments of the Orchestra VI: The Oboe
by Maureen Buja April 20th, 2015 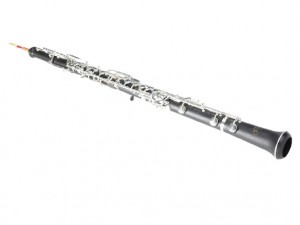 After the sweet purity of the flute, the next woodwind is the oboe. It’s a woodwind, but instead of being mouth-blown like the flute, this instrument’s sound comes from a reed. And not just a reed, a double reed: two curved reeds placed back to back. You can buy reeds but most players are also expected to be able to fine-tune the reeds so that it’s best for their own personal style.

The very complicated process of creating a playable reed from cane is described here and it really makes you appreciate just how complicated some of our orchestral instruments can be.

The oboe is always the first instrument you hear in the orchestra because it is used as the tuning standard for the entire orchestra, largely because of its secure, penetrating tone.

The instrument first appeared in the 17th century in France as the ‘hautbois’ (high wood) and quickly spread across Europe. The current name, ‘oboe,’ comes from the English spelling of the Italian version of the French original. 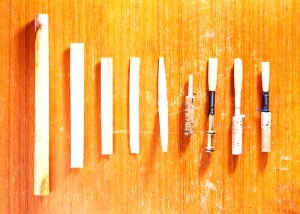 The oboe has figured in orchestral music from the time of Bach to the present day and there are some wonderful works that highlight this double-reed, including the Arrival of the Queen of Sheba in Handel’s opera Solomon.

Handel: Solomon: Part III: Sinfonia, “Arrival of the Queen of Sheba” (Frankfurt Baroque Orchestra; Joachim Carlos Martini, Conductor)
It’s also used in film for particularly emotional scenes, such as in Ennio Morricone’s film The Mission, which has “Gabriel’s Oboe” as its principal theme.

Although normally we provide a list of outstanding soloists on the instrument, so many solo oboists are associated with their orchestral work that we’ll forego that this time.